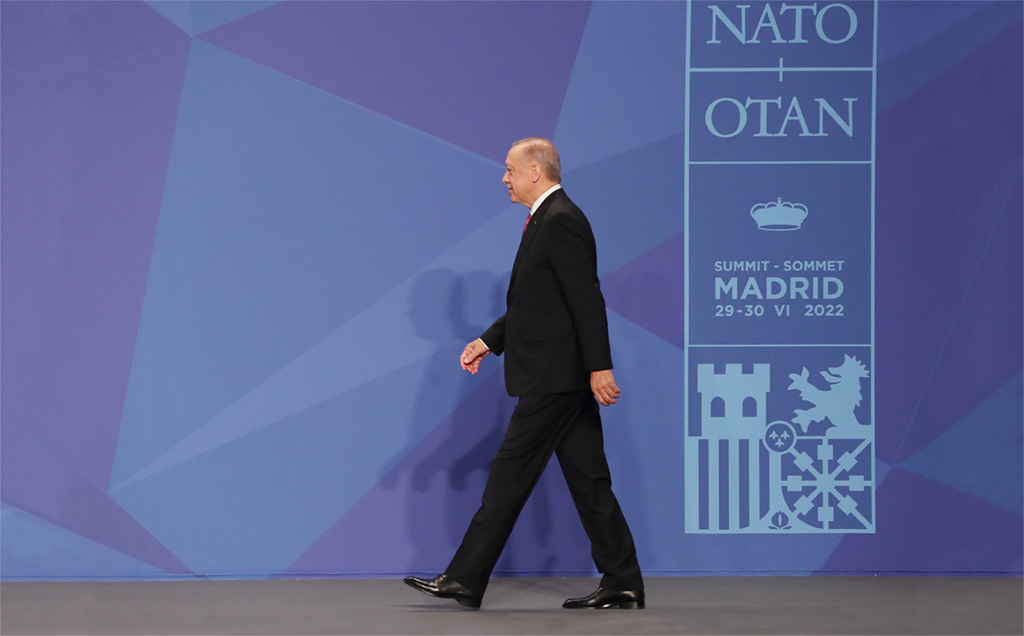 Madrid summit: Acquirement and its aftermath

Türkiye has done is stop blocking NATO's extension of an invitation to the countries. In other words, their accession process has just started, not ended.

I spent three days in Madrid as part of President Recep Tayyip Erdoğan’s official delegation to cover the NATO summit. The summit pointed to the future of Euro-Atlantic security and Türkiye’s growing importance within the alliance. The three-day event got off to a good start as Türkiye, Finland and Sweden signed a memorandum on the first day, thanks to NATO Secretary-General Jens Stoltenberg’s facilitation. The alternative would have made the alliance come across seriously weakened and fuel the perception that the United States, the United Kingdom and the European Union can not unite the Western alliance against Russia. As such, the summit’s highlights included Finland and Sweden agreeing to Turkish demands as well as the designation of Russia as the “most significant threat” and China as a “challenge to security” in NATO’s new strategic concept. The fact that Stoltenberg said that “we live in a more dangerous and more unpredictable world” in his closing remarks, too, signaled that the alliance will further strengthen its defense posture in the near future.

Türkiye’s major accomplishments included an agreement to extradite known terrorists and the lifting of arms embargoes as well as the description of the Syrian offshoot of the PKK, the YPG, and the Gülenist Terror Group (FETÖ) as terrorist organizations in the trilateral memorandum. The prime ministers of Finland and Sweden, who had rejected this addition up until the quadripartite summit on Tuesday, were compelled to revise their positions in the face of Erdoğan’s decisiveness.

In this sense, Articles 4 and 5 of the memorandum cover the most critical areas. Sweden and Finland had originally argued that NATO recognized the PKK as a terrorist entity and they would not accept any language that ventured beyond that line. However, Erdoğan’s leader-to-leader diplomacy paid off, as it has many times in the past, and Türkiye’s demands were accepted. It was a significant diplomatic achievement for Türkiye that Finland and Sweden pledged not to support the YPG or FETÖ, which the text described as organizations threatening Turkish security.

In a way, that memorandum amounted to a change in NATO’s counterterrorism rhetoric. Likewise, Article 5 amounted to a revision by Türkiye of NATO’s existing language. Obviously, Türkiye must resume its diplomatic efforts vis-a-vis its NATO allies to ensure that others follow in Sweden and Finland’s footsteps and stop supporting the YPG and FETÖ and designate the groups as terrorist organizations.

The governments of Finland and Sweden stated that they did not make any concessions in an attempt to shelter themselves from criticism on the home front. It is important to recall that there is a joint mechanism to monitor whether the states keep their promises. Furthermore, all Türkiye has done is stop blocking NATO’s extension of an invitation to the countries. In other words, their accession process has just started, not ended. The U.S. and the Europeans want the process to be completed swiftly. However, Türkiye remains in a position to block the memberships of Sweden and Finland at any point unless the countries live up to their written commitments. Türkiye, which added its demands to NATO’s written records just to clear the path for an invitation, could prolong the admission process unless the countries’ actions match their commitments. The membership process of North Macedonia is a case in point.

That the invitation to Sweden and Finland is included in the communique alongside the trilateral memorandum, too, attests to the seriousness of the situation vis-a-vis NATO’s official documents. What Sweden and Finland do about the PKK/YPG and FETÖ (or do not) will be closely followed by the Turkish people as the country heads towards an election next year. Let us not forget that the Turkish Parliament will be one of the 30 national assemblies to vote on the admission of Sweden and Finland.

The Importance of NATO Summit and Türkiye’s Relations with the West
Next
Loading...
Loading...
We use cookies to ensure that we give you the best experience on our website. If you continue to use this site we will assume that you are happy with it.Ok