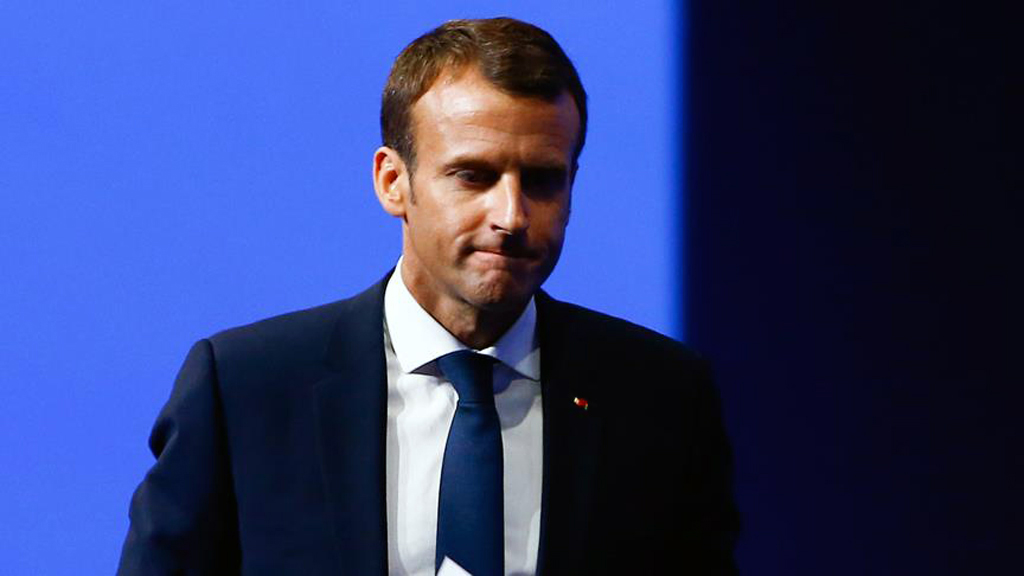 The emergence of an anti-Turkey alliance in the last couple of years emboldens Greek Prime Minister Kyriakos Mitsotakis’ nationalist ambitions. It pushes him in the wrong direction in his relations with Ankara. The easiest and fastest way to resolve the current tension in the region is to settle the problems diplomatically. Unfortunately, the Greek side is trying every other option to refrain from a fair and rational diplomatic negotiation with Turkey. The goal of Ankara is to invalidate Greek efforts to sideline and isolate Turkey in the region and to force Athens to reach a fair diplomatic solution.

It is the Greek side who undermined Germany’s efforts to find a diplomatic solution to the current crisis. President Recep Tayyip Erdoğan decided to reduce the tension with Greece after German Chancellor Angela Merkel’s call and suspended the navigational telex (Navtex) on seismic research of the Oruç Reis research and exploration vessel. The Turkish Foreign Ministry was skeptical about Greece’s response to Turkey’s gesture.

Unfortunately, Ankara’s skepticism was proven to be valid. In the meantime, the Greek side signed a maritime delimitation agreement with Cairo. The agreement again avoided Turkey and Turkey’s rights in the region. This unilateral move furthered the tension between Athens and Ankara. Greece’s move also put some skepticism on Berlin’s mediation effort from the side of Ankara. Some people in Ankara think that Berlin helped Athens to gain some more time to seal the agreement with Cairo. Despite the violation of the Greek side of Berlin’s mediation efforts, no public criticism was voiced from high-level German authorities.

While Berlin is trying to reduce the tensions between Ankara and Athens by convincing both parties to take confidence-building steps, Paris is undermining the diplomatic efforts by provoking Athens against Turkey. By escalating the tension between Athens and Ankara, Greek Cypriots and Ankara, Macron wants to increase its strategic military presence in the Eastern Mediterranean region. Paris wants to be a stakeholder in the Eastern Mediterranean energy game.

That is why he ended up in Beirut immediately after the explosion that destroyed the Beirut port. Macron tries to instrumentalize Turkey’s unpopular image in the West and provoke Greece for a broader tension with Turkey. Paris needs tension between Turkey and Greece and Greek Cypriots to justify its ambitions to build a military base in southern Cyprus. Paris’s military efforts are strictly observed by the U.K., which has two military bases in Cyprus.

Macron deliberately provokes the tension between Ankara and Athens. Athens is expecting a similar move from Washington by taking sides clearly with Greece against Turkey, but Washington seems to be more reluctant in the tension between the two NATO allies. Macron even collaborated with Russia to topple the internationally recognized Government of National Accord (GNA) in Libya to exploit the country’s precious hydrocarbon resources. Those ambitious efforts undermine Southern Europe’s security as well.

Beyond the geopolitical tensions with Ankara, French President Emmanuel Macron has his grievances against Erdoğan. Macron’s grievance is fooling him to make some strategic mistakes in France’s foreign policy choices. He designates Erdoğan as the “villain” in his play, yet Macron does not possess the qualities of a hero that would save France and Europe. As an experienced leader, Erdoğan does not directly confront Macron’s anti-Turkey statements by mentioning his name, which even further annoys the French president.

Paris was sponsoring the terrorist group YPG/PKK in Syria, and Turkey’s military operations undermined those efforts. Ankara’s deal with the GNA prevented Macron’s joint venture with the UAE, Egypt and Russia to topple the GNA in Libya. By his aggressive and unplanned moves, Macron is also damaging France’s national interests in the Sahel region of Africa.

The main reason behind the current tension between Athens and Ankara is Athens’ maximalist claims in the Aegean Sea and Eastern Mediterranean. However, nothing changes the unfair and illegal nature of Athens’s maximalist demands from Turkey. It would be absurd for any rational country to accept or consent to the claims made by Athens.

Even the reasonable former officials and experts in Greece are critical about Greek Prime Minister Kyriakos Mitsotakis’s aggressive moves against Turkey and his unrealistic claims. Greece is experiencing deep economic problems due to the ongoing crisis and the COVID-19-related slowdown in tourism. Provoking, nationalism, pride and victimhood are the only things that Mitsotakis can deliver to his people in the short term. Still, such miscalculations may only further the plight of the Greek people and leave behind a burden in the long term.

When the dust of the COVID-19 pandemic settles, the Greek tourism sector and manufacturers will want to return to the good old days when they benefitted from constructive relations with Turkey. The Greek side may face a transformed Turkish society if the current Greek authorities insist on the direction of further escalation.

There is no other option than diplomatic dialogue to reduce the tensions and find a sustainable solution to the ongoing crisis in the Eastern Mediterranean region. The sooner the parties engage in severe diplomatic negotiations, the better and more effective it will be. Erdoğan’s current comments confirm Turkey’s preference in a diplomatic solution. Erdoğan also added that “the resolution in the Eastern Mediterranean could only be pursued through dialogue and negotiation. A win-win solution is possible. We aren’t rooting for tensions.”

Any military confrontation will further detract the parties from the option of a fair diplomatic resolution. In the end, they will have to return to the diplomacy table, but it may take years to return to the current position. Parties may lose lots of opportunities and may pay a substantial political and economic price in the meantime.

The Greek side thinks that Turkey has lots of vulnerabilities in the current situation, and they may consider Turkey’s vulnerabilities as an opportunity to achieve its unfair and maximalist goals. Creating a broader anti-Turkey alliance may put some pressure on Turkey. However, nobody would want to fight on their behalf if they make the mistake to attack the Turkish side. They had plenty of opportunities to test the resilience of Turkey in the past. Turkey is even more resilient and more robust today.

The basis of the fair deal between Turkey and Greece should be close to the one that was signed earlier between Greece and Italy or the maritime delimitation agreements between France and the U.K.

Similarly, Turkey may be interested in signing a deal that is similar to the one between Greece and Egypt. Any double standard and maximalist claims from Turkey will backfire and prolong the tension between the two neighbors. In the meantime, Paris will continue to provoke Greece and Greek Cypriots to build their military bases in southern Cyprus and around the region. It is the responsibility of other international actors to tame Macron’s ambitious and opportunistic moves in the region.

Is Joe Biden a perfect stranger to Turkey? Guess not!
Next
Loading...
Loading...
We use cookies to ensure that we give you the best experience on our website. If you continue to use this site we will assume that you are happy with it.Ok