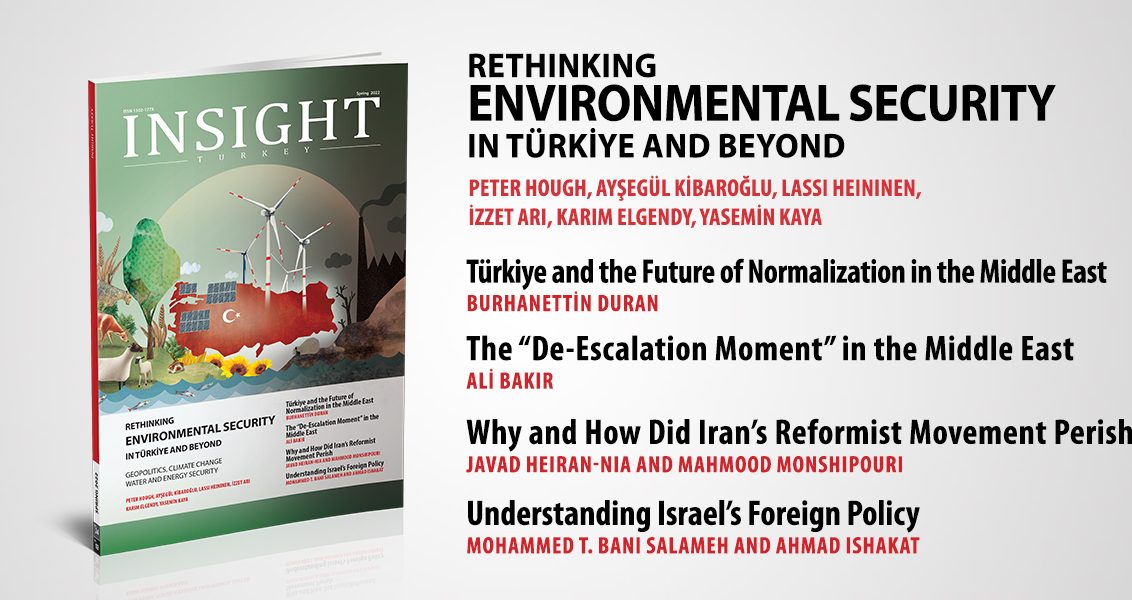 We are confident that this issue of Insight Turkey entitled “Rethinking Environmental Security in Türkiye and Beyond” will present timely studies regarding environmental security, a complex and increasingly important issue for Türkiye and the world.

With a rich frame that includes three commentaries and three research articles this issue of Insight Turkey focus on the dimensions of environmental security and their impact on international politics. As with all our past special issues, we have focused on Türkiye’s policy efforts to mitigate the harmful effects of environmental change.

To account for the nexus between geopolitics and environmental security Peter Hough’s commentary approaches the issue from a supranational angle by bringing under the spotlight the great power competition in the Arctic. In a similar vein in our second commentary, Lassi Heininen assumes that although there is a new (East-West) great power competition with its associated conflicts in international politics, no violent conflicts arise in the Arctic, but environmental degradation and rapid climate change continue to endanger the inhabitants. Overall, both commentaries on the Arctic reveal that the post- Cold War Arctic is an intriguing case study for emphasizing the importance of the environment, as well as a reminder that high geopolitical stability and mutually beneficial common interests are both products of, and prerequisites for, effective collaboration. In our third on-topic commentary Karim Elgendy focuses on a more disputed case, namely the East Mediterranean. One thing is a common concern, though, the climatic issues and a system for cooperation urgently in the Eastern Mediterranean.

Three on-topic research articles, two from a local viewpoint and one from an international one are included in our special edition and focus on the relationship between environmental security and climate change. Ayşegül Kibaroğlu uses institutional and cross-sector (energy and food) analyses to de- fine Türkiye’s water security policies and practices with a particular focus on the transboundary water security strategies of Türkiye. Following up, İzzet Arı evaluates the framework of Turkish national climate policy against the backdrop of global climate change discussions and explains how Türkiye is helping to combat climate change on a global scale. In our final on-topic research paper Yasemin Kaya questions the role of International Environmental Regimes (IERs) in global environmental governance. She astutely argues that as the Anthropocene is fundamentally altering the contextual settings in which IERs work, the scope of mainstream conversations about the effectiveness of IERs be widened to include the earth system viewpoint.

This issue of Insight Turkey, thanks to the precious pieces of Burhanettin Duran, Mahmood Monshipouri and Javad Heirannia, Ali Bakır, Mohammed Torki Bani Salameh and Ahmad Ishakat, presents three off-topic research articles and one commentary enriching the scope of our special issue with an emphasis on the normalization in the Middle East, Iran, and Israel’s foreign policy.

We are confident that this issue of Insight Turkey entitled “Rethinking Environmental Security in Türkiye and Beyond” will present timely studies regarding environmental security, a complex and increasingly important issue for Türkiye and the world. 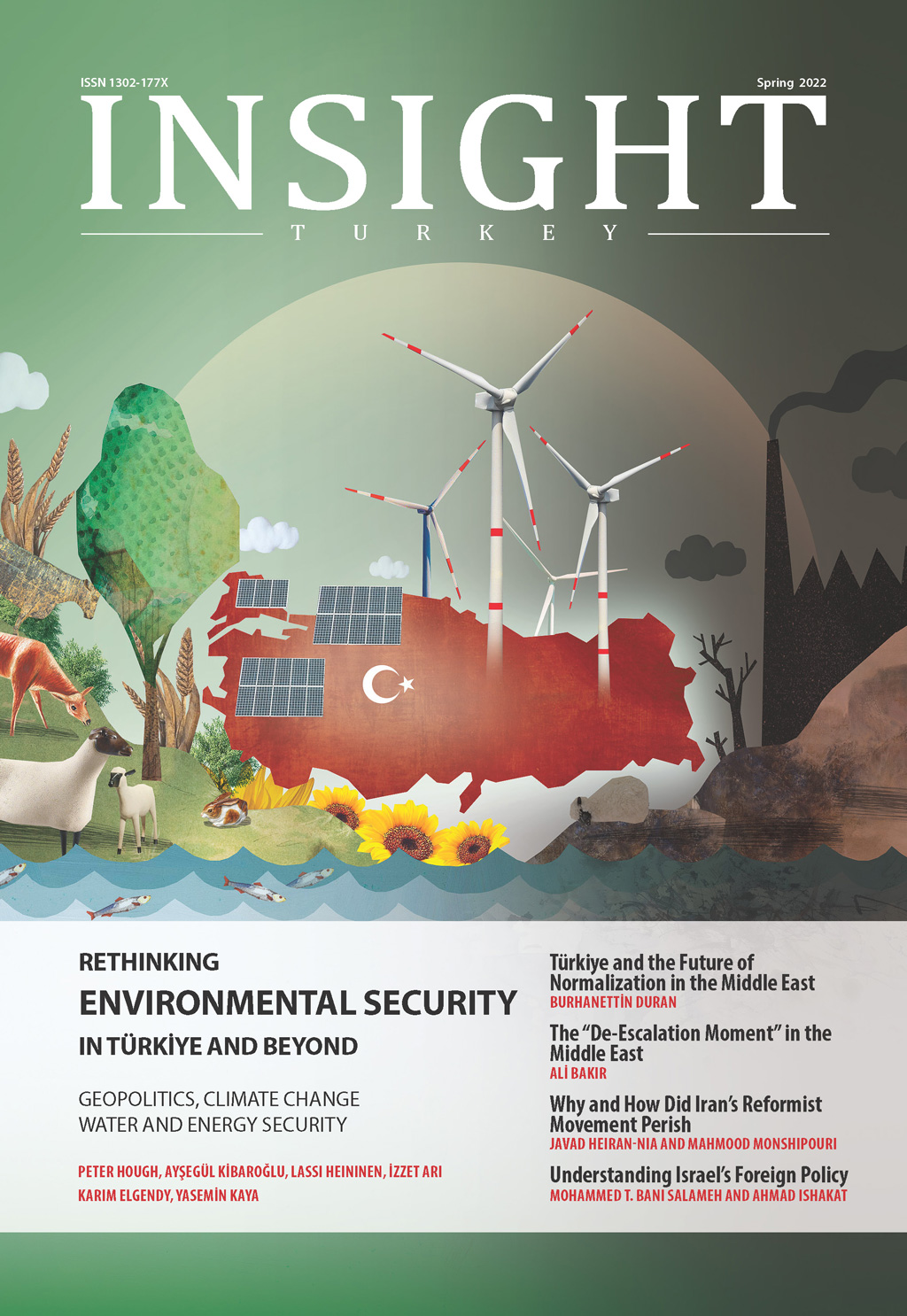 New perspective needed in Türkiye-Iran relations
Next
Loading...
Loading...
We use cookies to ensure that we give you the best experience on our website. If you continue to use this site we will assume that you are happy with it.Ok