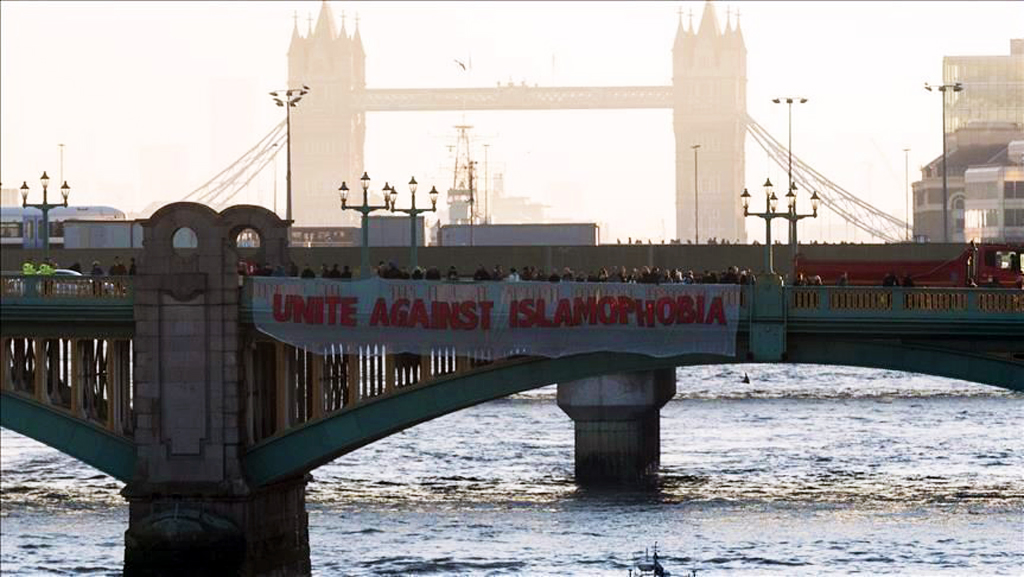 A report published Sunday by the Foundation for Political, Economic and Social Research (SETA), a think tank based int eh Turkish capital Ankara, outlined the discrimination and xenophobia that many Muslims face in European countries.

The European Islamophobia Report 2019 recounted many Islamophobic developments that occurred last year in both Europe and across the world.

“The elections to the European parliament and to several national parliaments saw a further rise in popularity of ultra-nationalist parties in some countries,” it said, quoting the annual report of European Commission against Racism and Intolerance.

Ahmad Suaedy, a lecturer at the University of Nahdlatul Ulama Indonesia, agreed that Islamophobia was a rising tide in western countries.

“Recently, Islamophobia has not only been present in a form of employment discrimination, but also manifested in violence, physical assault, and terrorism,” Suaedy told Anadolu Agency on Monday.

According to the SETA’s report, the European Commission recognized that people from ethnic or racial minorities in the EU experienced higher risks of economic hardship, poorer-quality housing, residential segregation, unemployment and assault.

Suaedy said Islamophobia was also present in the Brexit victory and Donald Trump’s election win across the Atlantic.

Citing the Islamophobic terrorist attack in Christchurch, New Zealand, that left 51 people dead in two mosques, he said that research had revealed that acts of “violence and terrorism” were employed more by “far-right” groups rather than Muslims and migrants.

Suaedy asserted that the rise of Islamophobia was a symptom of oligarchic populism.

“Such a phenomenon can be seen as a response to the rise of grassroots movement, like what happened when Barrack Obama won the US presidential election, that emboldened pro-Trump sentiment among white supremacists,” he said.

Suaedy underlined that Islamophobia was also present in India with its controversial Citizenship Act that he said brought discrimination against Muslims by Hindus, and in Myanmar, where Buddhists have long discriminated against the Muslim Rohingya.

“This is a global [phenomenon], but each region has a specific issue,” he added.

SETA said in its report that the media, alongside politics, were the most influential spaces where Islamophobia could either be challenged or consolidated.

Hamid Fahmy Zarkasyi, a vice-chancellor of the Darussalam University, told Anadolu Agency on Monday that Islamophobia in Europe was triggered by images often raised by the media, particularly in the West.

“The face of Islam that is often displayed is one that is full of violence and acts of terror,” he said.

Zarkasyi said though the elites in the current global society had a better understanding of Islam, their views were sometimes eclipsed due to bias in Western media.

He said there had been a mutual understanding between religious communities on each other’s worship needs.

“Theologically, there isn’t really a problem. It becomes a problem among non-religious communities as they don’t really understand Islam,” said Zarkasyi.

He said the West currently needed a greater understanding of pluralism, more than Indonesia — a diverse country with the world’s largest Muslim population.

“Indonesia has long had a good mutual understanding among religious communities,” he added.

Ali Munhanif, the dean of the Faculty of Social and Political Sciences of Syarif Hidayatullah State Islamic University in Jakarta, said Islamophobia was a manifestation of globalization in the short term.

He said its rise suggested that the Western world — especially the US and the EU — were not ready for the migration of professionals and laborers that come with globalization.

“Globalization requires a willingness to have new experiences. Ironically, the West was unprepared,” added Munhanif.

He also identified crises in identity as one of the causes of Islamophobia, triggered by the conflict between socialism and capitalism.

“Due to the lack of dialogue, this identity issue gave birth to violence against community, ethnicity and religion. Then, it later emerged as Islamophobia,” he said.

Munhanif said he believed the West had actually known other cultures, including Islam, through colonialism.

However, the newer generation does not know other cultures besides their own, so they grow up with prejudices, he added.

“Islam and its culture are seen as a threat to the modernity they live in.”

Munhanif added that dialogue between religious groups must continue if this problem is to be overcome.

“Religious dialogue is a long-term solution and it must continue in our country, as well as Western countries, to eliminate Islamophobia,” he said.

The annual European Islamophobia Report was launched in 2015 by SETA in response to the need to demonstrate the presence of Islamophobia across the European continent in different fields.

Cairo's threats and the Sirte-Jufra deadlock
Next
Loading...
Loading...
We use cookies to ensure that we give you the best experience on our website. If you continue to use this site we will assume that you are happy with it.Ok