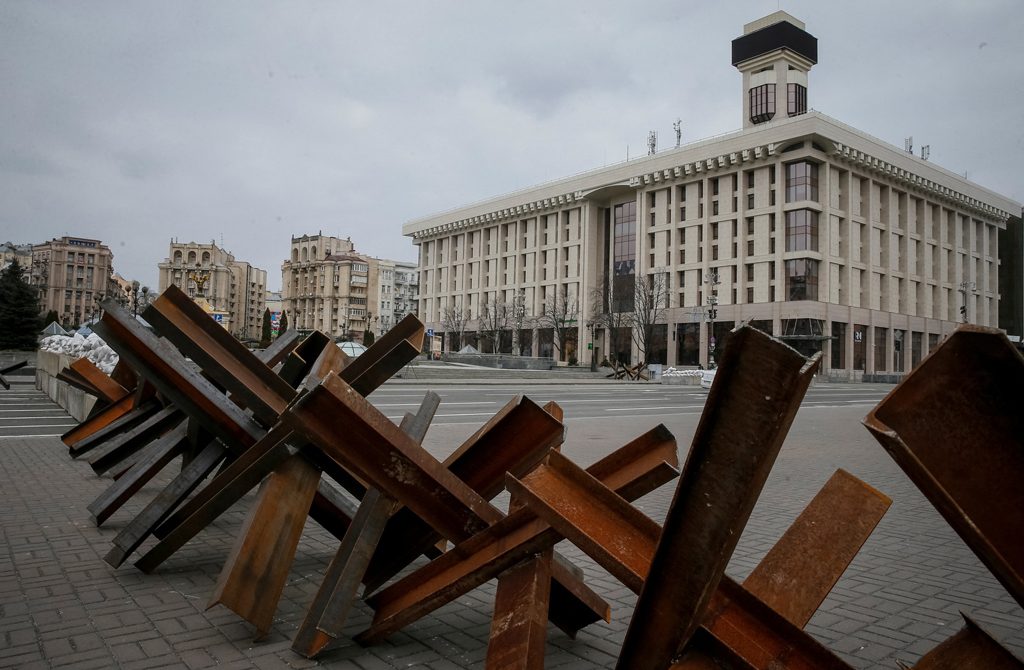 In Ukraine: Europe loses, the US gains

With the events unfolding in Ukraine, the U.S. has managed to consolidate its global position as Europe fails to prevent its decline in world politics

As I previously explained, the Ukrainian state and its people are victims of the global rivalry between the West, led by the United States, and the Russian Federation. Since the early years of the 21st century, the Ukrainian people and politics have been divided into two camps: pro-Western and pro-Russian. In the last two decades, Ukraine has experienced two pro-Western revolutions, or coups, against pro-Russian governments. It seems that this political division will result in the partition of the Ukrainian state. Some parts of the country, the Crimean Peninsula and the Donbass region, are already lost. Now, Russia is attempting to invade the entire country, including its capital, to achieve a much greater fait accompli.

The unexpected resistance of the Ukrainian state and its people has shocked both the Russian government and Western countries. Russia has been paying a very high price, having lost dozens of planes and helicopters, hundreds of armored vehicles and most importantly thousands of its soldiers.

In response, Western countries have tightened the ranks and increased their military, political and economic support to Ukraine. It is clear that Western countries will increase their efforts to ensure that Russia faces even greater losses. However, in spite of their similar responses to the Russian invasion, the implication of the invasion will be different for different Western countries. While the U.S. will take advantage of the Ukrainian crisis, continental European countries will pay a high price.

European countries will also pay a high price for several reasons. First, they are heavily dependent on Russian natural gas and oil. As the war in Ukraine continues, European gas and oil prices are hitting record highs and wreaking havoc on energy markets. Soon, it will begin to threaten to exacerbate the cost-of-living crisis throughout the continent. Second, millions of Ukrainians have left their homes for other European countries. Although almost all European countries have declared that they are ready to accept them, in the mid and long term the refugee problem will hit already vulnerable European economies even harder. Third, in the face of the rising Russian threat, European countries will have to increase their defense budgets, which will bring an additional burden to their economies.

However, it seems that the U.S. has been following a successful policy to deal with the Ukrainian crisis as it remains the least affected by the situation and may have even benefited. First of all, unlike European countries, the U.S. is not dependent on Russian gas and oil. Therefore, it has a far more robust economy at its disposal against a large-scale war, especially the one in Europe.

Second, U.S. President Joe Biden’s administration has successfully developed securitized discourse tailored to the crisis. It seems that the diplomatic or political discourse preferred by certain European countries and Turkey has failed as they could not prevent the eruption of war in Ukraine. With the Russian invasion of Ukraine, the U.S. consolidated the NATO alliance, the future of which was discussed by its own members such as France. European countries have begun to turn to NATO, i.e., American leadership. Not only NATO members but also nonmember European countries have once again realized the importance of NATO and the relevance of American power for Europe. In other words, with the large-scale invasion of Ukraine by Russia, the Western front is consolidated under the leadership of the U.S. Even the Scandinavian countries such as Sweden and Finland have begun to think about joining the NATO alliance.

Third, the U.S. has been following a flexible policy to stem the crisis. It has been increasing its hand, parallel to the Russian escalation policy and giving similar responses to every step taken by Russia. The U.S. has been increasing its military presence in the European continent to challenge Russia’s westward expansionism. After sending thousands of new troops in response to the Russian invasion of Ukraine, the number of U.S. troops on the European continent exceeded 100,000. Under normal circumstances, European countries would not be eager to host more U.S. troops, but at the moment they are more than willing to accommodate more American soldiers on their soil to serve as a deterrent against possible Russian aggression. Thus, by paying a relatively decent price, the U.S. has successfully been keeping the war away from its territories, as it did during World War II.

As a result, the war in Ukraine has consolidated the trans-Atlantic alliance in a way preferred by the U.S. In the end, “America is back, the trans-Atlantic alliance is back,” as declared by Biden in February 2021. Biden has effectively resurrected the Western alliance not only through NATO but the G-7 as well. At this point, this is only true for its trans-Atlantic partners since the U.S. has only returned to Europe. The U.S. has successfully reengaged with Europe and claimed back its leadership position. We have yet to see if the U.S. will successfully return to other continents and regions such as Africa and the Middle East or to international organizations such as the United Nations and its specialized agencies.

Direction of Russian invasion and Ankara's position
Next
Loading...
Loading...
We use cookies to ensure that we give you the best experience on our website. If you continue to use this site we will assume that you are happy with it.Ok