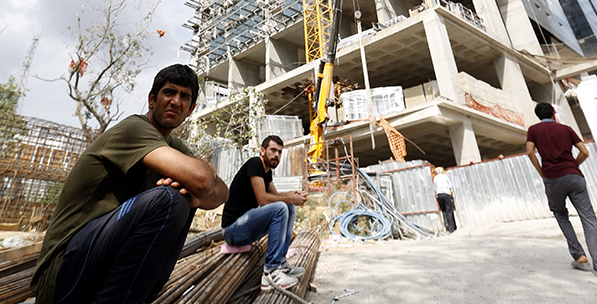 Human Development and the New Turkey

A more humane and effective global competition strategy is possible only if we realize the significance of investment into high-level education, workplace training and use of new technologies.

For an emerging power like Turkey, sustainability of a forward-looking and transformative vision around the notion of a “new” Turkey is vital. But it necessitates coming to terms with systemic defects inherited from the past in domestic and foreign policy, democratization, social organization and the economic structure. Rather than producing a discourse that praises macro-level stability and achievements of the last decade, the task for intellectuals is to underline the micro-level structural reforms that will constitute the foundations of a “new” Turkey.

One of the key areas in which we are observing an urgent need for structural reform concerns the critical issue of workplace security. Following the grave mining disaster in Soma five months ago where 301 workers tragically lost their lives, we received fresh news last week concerning an elevator accident in a shopping mall construction site in the heart of Istanbul’s Mecidiyeköy district that took the lives of another 10 workers. Despite differences in location, sector, reasons and claims of responsibility between the two workplace calamities, they unraveled a crucial debate concerning workplace security and deficiencies in Turkish capitalism in terms of humane aspects of economic development. Having long delayed industrial modernization and upgrading of its technological capacity, the Turkish bourgeoisie is still trying to maintain a dated form of aggressive capitalism based on the use of abundant low-paid and unqualified labor, especially in traditional sectors such as mining and construction.

Excessive emphasis on labor costs as the chief element of the productive cost structure in the absence of sufficient mechanization and transition to higher value-added activities places a strain on the preservation of minimum standards to protect human lives at work. But this form of an abusive and uncontrolled industrial relations regime is not by any means compatible with the vision of the “new” Turkey we have in mind.

Obviously, high economic growth requires substantial and rapidly advancing investments and profit considerations of large-scale companies make it imperative that there is an element of speed in all economic initiatives. However, considerations of growth, corporate profit and efficiency cannot be pursued with the mentality of “the sky is the limit” by constantly endangering workers’ lives. There must be a clear balance between human life and dignity on the one hand and considerations of national development and corporate expansion on the other.

Currently Prime Minister Ahmet Davutoğlu’s government is getting prepared to sign International Labour Organization Convention’s 1988 C167 Safety and Health in Construction, which will be an appropriate reaction. Yet there is also a need for a robust inspection system supported by powerful judicial measures and increased levels of compensation in cases of workplace accidents. Labor unions need to change their passive attitude restricted to collecting fees and become an active part of the labor training and security inspection processes as well.

The mass media should go after security breaches without ideological prejudice and bring problems to the attention of the public without discrimination. Finally, political and bureaucratic actors should be aware that the Turkish form of capitalism has to be radically transformed toward a more efficient, human-centered and technology-intensive manner to be compatible with the new waves of global competition. They should have the courage and institutional capacity to resist the demands of relevant business lobbies. Being more competitive does not necessarily require giving less emphasis to human life and workplace security. A more humane and effective global competition strategy is possible only if we realize the significance of investment into high-level education, workplace training and use of new technologies.

Chronicle of a Disaster Foretold
Previous