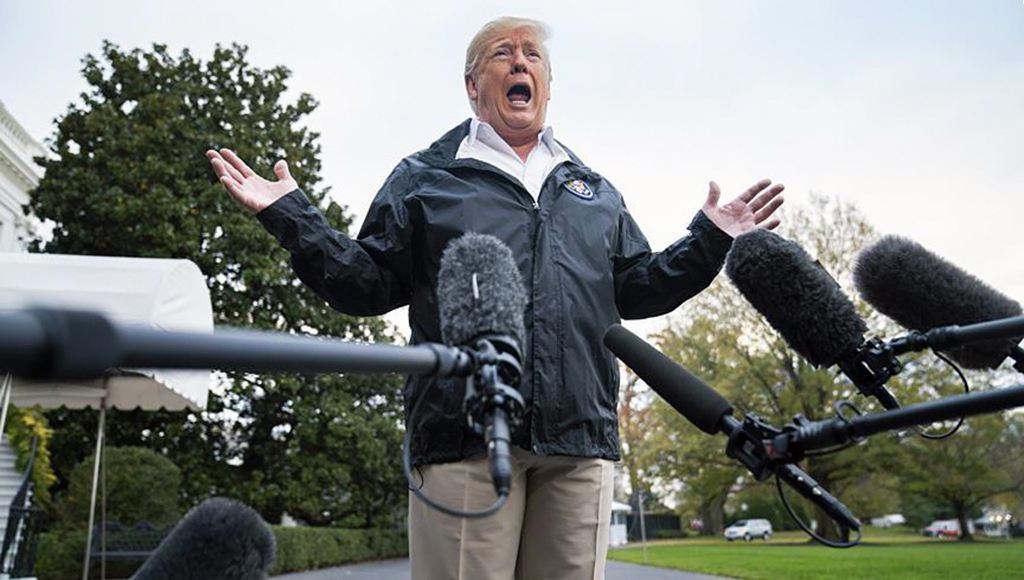 How Trump threw Saudi Arabia under the bus

No one was shocked by U.S. President Donald Trump’s expression of solidarity with Saudi Crown Prince Mohammed bin Salman (MBS) last week. Yet the U.S. media believes that efforts by the White House to cover up the political background of Saudi journalist Jamal Khashoggi’s murder are at odds with their country’s values. Critics maintain that Washington’s response to Khashoggi’s slaying will encourage authoritarian leaders in the Middle East.

Clearly, it was quite serious that President Trump tried to get MBS off the hook by saying that “maybe he did maybe he didn’t” – especially after CIA sources leaked their conclusion that the Saudi crown prince had indeed ordered the hit. Yet it wasn’t completely unexpected that Trump would put U.S. interests first rather than values. That’s one area where he has been consistent since winning the presidential election. So it wasn’t exactly shocking that Trump recited his campaign motto, America First, in the White House statement on the Khashoggi murder.

The international community has grown accustomed to Trump’s self-centered brand of nationalism that completely disregards values. As such, people expected the U.S. president to talk about the Iranian threat, Riyadh’s $450 billion investment and how many jobs that money was going to create and to ensure that he did not lose a crucial ally in his administration’s efforts to lower oil prices and protect Israel’s interests. Yet it is virtually impossible to hide Trump’s selfishness behind laughable references to how dangerous the world really is and efforts to blame the murder on the entire world – especially because the Trump administration is making the world a more dangerous place every passing day by undermining international organizations, long-standing alliances and norms.

Trump’s statement wasn’t important just because it was a blunt definition of U.S. interests and therefore a manifestation of the crisis of values in the world. By running this kind of defense, the U.S. president has inflicted more damage on Saudi Arabia. Already encumbered by the Khashoggi murder, Riyadh has to carry an additional burden due to Trump’s response. After all, the U.S. president has taken his self-interested paint and rubbed it on Saudi Arabia’s policies. Having warned the Saudi king that he wouldn’t last a week without Washington’s backing, Trump effectively declared that Riyadh has surrendered to him, citing the Iranian threat. In doing so, the White House just told the world that it could easily shove the wildest plans, including the so-called “deal of the century,” down Riyadh’s throat.

Ironically, Trump’s characterization of Saudi Arabia as a useful partner weakens Riyadh’s hand. Against the backdrop of a fanfare in the Gulf, the king of Saudi Arabia, best known as the custodian of the holy mosques, gradually loses his religious legitimacy. Currently in the Saudi crown prince’s corner, Trump not only shows that he will let people get away with murder but also drags down the Saudis with him.

For the record, this isn’t about a tug-of-war between Turkey and Saudi Arabia. Some experts were quick to conclude that Turkey’s principled response to the Khashoggi assassination was an extension of a struggle between Ankara and Riyadh over the leadership of Sunni Muslims. Indeed, the effort to spin the whole episode as an ideological dispute was intended to cover up the Saudi journalist’s brutal murder. What’s more, it paved the way for future attacks against Riyadh’s reputation in the Muslim world. That was why Turkish President Recep Tayyip Erdoğan consistently kept King Salman out of the scandal by referring to him as the custodian of the holy mosques. In other words, Turkey wanted to shed light on the murder and treat it as a criminal act.

It is important to recall that Turkey criticizes both Iran and Saudi Arabia for using religion to further their ideological goals for the sake of expansionism. It opposes efforts to exploit sectarian differences for violence and proxy wars. Instead, Ankara seeks to reduce tensions between Riyadh and Tehran and positions itself as a balancing force in the region. That’s why the Turkish response to Khashoggi’s killing cannot be seen as part of a power struggle or an ideological dispute. Otherwise, the episode could poison the Turkish-Saudi relationship in the long run, which would leave Riyadh defenseless and completely dependent on Washington. Putting that kind of spin on what happened will indeed play into the hands of chaos-mongers in the region.

Perspective | The U.S. Rewards Offer for Three Top Leaders of the PKK: A Well-Thought-Out Plan?
Next
Loading...
Loading...
We use cookies to ensure that we give you the best experience on our website. If you continue to use this site we will assume that you are happy with it.Ok