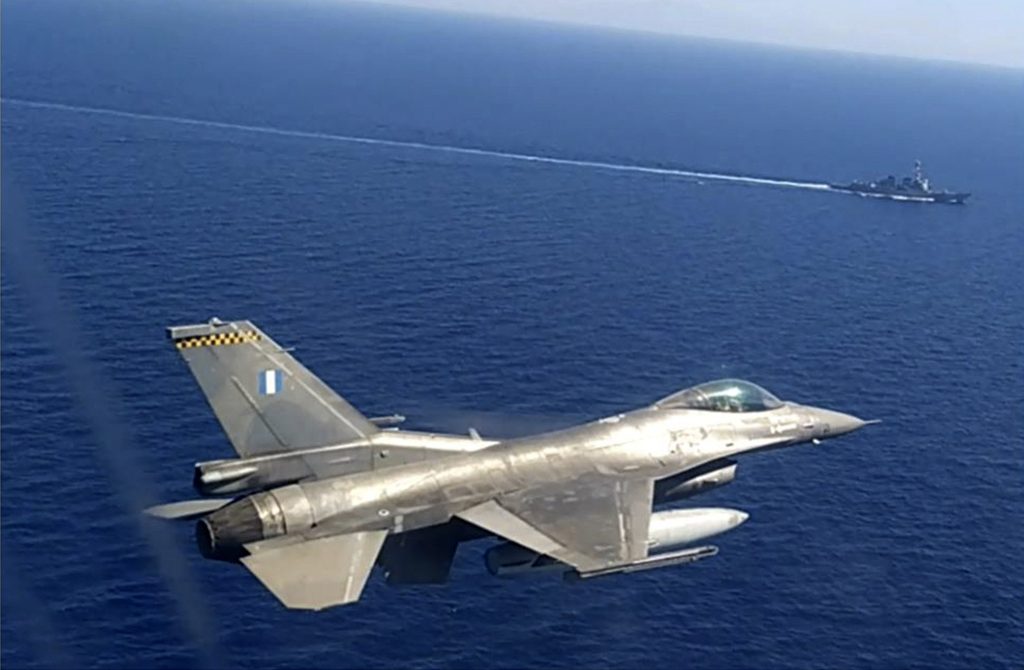 Athens must restore the demilitarized status of the islands without further delay – unless it wants its sovereignty over the Eastern Aegean islands to be called into question.

President Recep Tayyip Erdoğan continues to warn Greece. Following last week’s Friday prayer, the Turkish leader announced that the upcoming meeting of the Turkey-Greece High-Level Strategic Council Summit had been canceled: “From now on, Greece should just fend for itself.” Erdoğan had previously reacted against Greek Prime Minister Kyriakos Mitsotakis’ call on the United States Congress to block the sale of F-16 fighter jets to Turkey, declaring that Mitsotakis was “dead to me.” The president’s rightful reaction targeted the Greek prime minister for breaking a promise he had made during his March 2022 visit to Istanbul – that the two governments would not allow third parties to meddle in their bilateral relations.

Consequently, the Turkish president warned Greece to “avoid any dreams that would end in regret as they did a century ago.” Erdoğan urged Athens to stop militarizing the Aegean islands, which were demilitarized under international agreements: “I am not joking. I am perfectly serious. Turkey not only refuses to forfeit its rights in the Aegean but also pledges to exercise its rights under international law, as needed, regarding the militarization of the islands.”

Mitsotakis, in turn, pursues an anti-Turkish agenda vis-a-vis the United States and the European Union, whilst insisting that he does not desire an escalation in bilateral relations. Furthermore, Greek politicians have been portraying Turkey as “expansionist” and “aggressive” more and more frequently since the Russian invasion of Ukraine. In addition to militarizing the eastern Aegean islands, Greece, emboldened by military partnerships with the United States and France, started to talk about extending its territorial waters to 12 miles (19 kilometers). Erdoğan clearly established that the current trend was unsustainable by urging Greece to “pull itself together” and “fend for itself.” He thus clarified that Greece, not Turkey, sabotaged the normalization process that kicked off in October 2021.

Former Greek Prime Minister Alexis Tsipras, who leads the main opposition party, Syriza, in Greece, echoed Erdoğan’s warnings, accusing Mitsotakis of transforming the country “from the center of stability and trust in a difficult part of the Eastern Mediterranean into an advance outpost of the West.” He elaborated as follows: “In truth, it is an unprotected advance outpost because (and I hope that it never comes to that) if we ever had to defend our sovereignty – let us not kid ourselves – we will be all alone.”

It was a rational warning that reminded the Greek policy establishment of the medium and long-terms.

Athens backs itself into a corner by doing two things simultaneously: It accuses Ankara of aggression, which reflects an exaggerated fear of Turkey. Yet, it also adopts a hostile stance toward Ankara by militarizing the islands, laying claim to 10 miles of airspace and talking about 12 nautical miles of territorial waters – just like its maximalist demands vis-a-vis the territorial jurisdictions in the Eastern Mediterranean and regarding Cyprus.

This is a trap that Greece set for itself. Mitsotakis may be thinking that he enjoys U.S. and EU support, but Tsipras is right: Athens undermined its relations with Russia and China for the sake of its relations with the United States. It morphed into an “advance outpost of the West” in the name of taking precautions against Turkey.

I cannot tell whether the current situation serves Greek interests. Yet it seems unwise to turn the Aegean and the Eastern Mediterranean into a stage for the competition of the great powers’ proxies – rather than an area of “energy and tourism” based on cooperation between two neighbors. Having normalized its relations with the United Arab Emirates, Saudi Arabia and Israel (with relations with Egypt expected to normalize soon), Turkey undermined the Greek attempt to form a bloc in the Eastern Mediterranean. At the same time, there is no government that Ankara is not prepared to antagonize to defend its national interests in the Aegean. Greece cannot refute Turkey’s arguments regarding the eastern Aegean islands by distorting the law.

As Yücel Acer, a professor of international law, posited in the Foundation for Political, Economic and Social Research’s (SETA) most recent study, the agreements, through which those islands were transferred to Greece, included a demilitarization requirement. First of all, Article 60 of the Vienna Convention on the Law of Treaties (1969) – to which both countries are party – stipulates that a material breach of a bilateral or multilateral treaty entitles the aggrieved party to invoke that breach to suspend their treaty’s operation in part or whole, or to terminate it. Again, Article 13 of the Lausanne Peace Treaty, which relates to the demilitarization of the islands, associates demilitarization with the “maintenance of peace.” In other words, demilitarization is an important condition for the transfer of the relevant islands to Greece. According to professor Acer, any violation of those rules by Greece may be interpreted as giving Turkey the right to terminate the articles of the Treaty of Lausanne that pertain to sovereignty over the islands.

Furthermore, since the Paris Peace Treaties (1947), to which Turkey is not party, generated an “objective status,” Turkey has been complying with its obligations under that treaty and respecting the status of the relevant islands. As such, Turkey must be considered capable of invoking its rights rooted in the treaties. In sum, Athens must restore the demilitarized status of the islands without further delay – unless it wants its sovereignty over the Eastern Aegean islands to be called into question.

Managing realpolitik is difficult
Next
Loading...
Loading...
We use cookies to ensure that we give you the best experience on our website. If you continue to use this site we will assume that you are happy with it.Ok