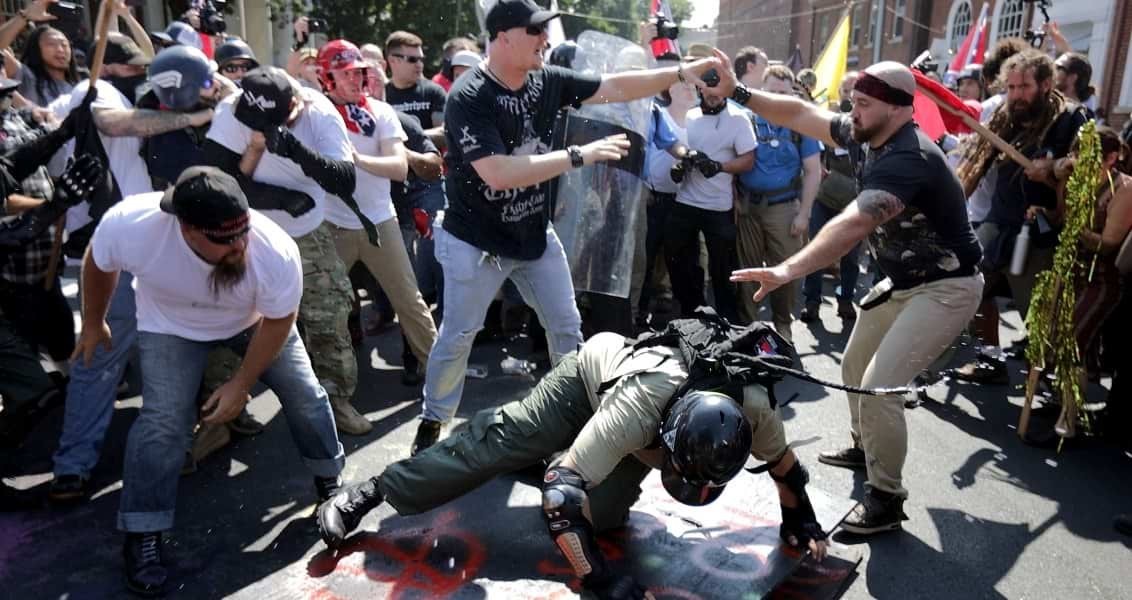 Global Image of the U.S. After the Virginia Incidents

The events that took place in Charlottesville last week increase the polarization and potential conflicts among society, deeply damaging the global image of the U.S.

It was the during the height of the debate about American decline in the U.S. when Fareed Zakaria’s “The Post-American World” and Thomas Friedman’s “That Used to be Us” were among the main books arguing that the U.S. had declined economically and politically in the world. While Zakaria contended that the rise of the rest is the most important reason for the relative decline of the U.S. in recent years, Friedman’s analysis looked at the internal dynamics of this decline. Focusing on crippling infrastructure, the situation of education and the extent of government funded research, Friedman argued that America is not what is used to be.The anti-declinist school during this period produced its own literature. Bruce Jones’s “Still Ours to Lead” was one of these books demonstrating new opportunities for the U.S. in this new global order. But probably one of the manifestos of this school was Robert Kagan’s “The World America Made.” While responding to arguments in the declinist school, Kagan argued that there were not only issues that the U.S. had lost its strength and advantage compared to previous periods. There are also things that the U.S. improved its capacity throughout time. He argued: “During the first three decades after World War II, great portions of the world did not admire the United States. They did not seek to emulate it. … In the 1950s the world could watch televised images of Joseph McCarthy and the hunt for communists in the State Department and Hollywood. …The racism of America was practically ‘ruining’ the American global image, Dulles feared, especially in the so-called Third-world.”

The events that took place in Charlottesville last week reminded me of debates among scholars and observers of U.S. politics and economy. How the world perceived the U.S. and its position in the world was an important part of these debates. Last week, the world focused on the events in the U.S. as they unfolded. Rallies in Charlottesville and the reaction to these incidents in Washington, D.C. attracted the attention of millions around the world. People in the world tried to understand the causes of this polarization and conflict and most importantly the direction of American society.

Just like many in the United States, the incidents shocked many around the world. Although the presence of fault lines in American society has been mentioned and talked about for years, the sudden visibility of groups with hate messages turned out to be a critical juncture in these debates. Concern about the possible “mainstreamization” of discriminatory discourse has been debated for a while in the U.S. During the election campaigns last year, there were statements that could be regarded as very marginal by frontrunners in the campaigns. Many groups raised the issue and indicated potential effects of this discourse. However, the possible impact of the spread of racist messages became more apparent last week. The radicalization of the groups came under the spotlight following the use of a car to crash into counter-protesters.

The events also deeply impacted to the U.S. global image. For the last week, the main debate has been the future of American society and the impact of this increasing polarization and potential conflicts to U.S. politics and in turn its foreign policy. Considering the invention of the term “soft power” in the U.S. and strong emphasis of this dimension of U.S. global power, it will be important to see the handling of this crisis by decision makers in Washington, D.C. The deepening of the crisis and the further spread of these messages and discourse will not only destabilize the U.S. but may also have some aftershocks in some other countries.