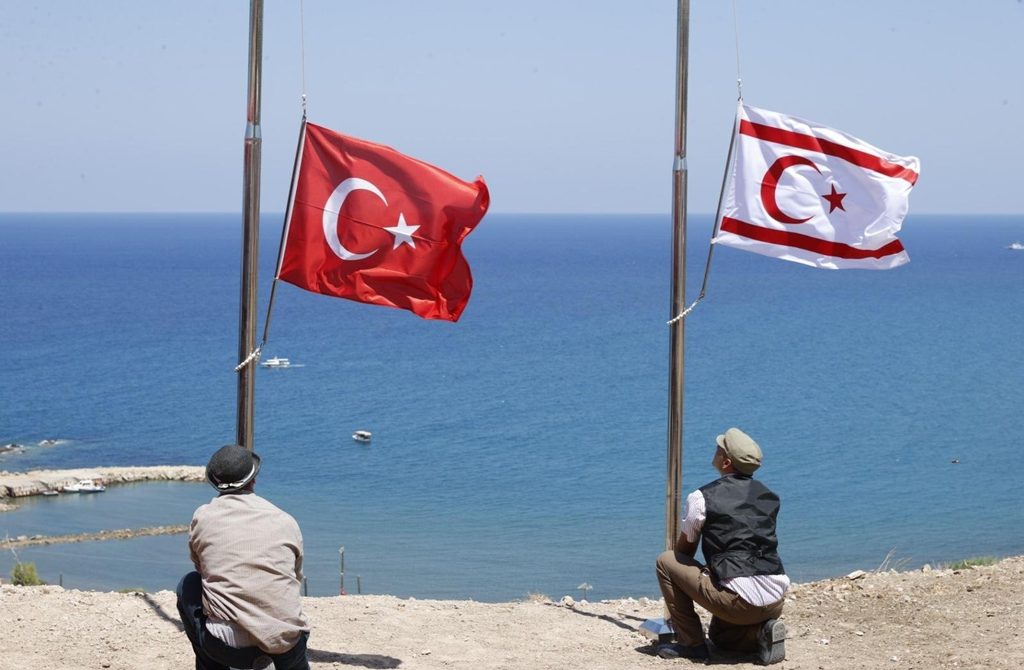 Four dimensions of the Cyprus issue

'The Cyprus question lies at the center of all Turkish-Greek relations and conflicts. It is a precondition for solving other bilateral issues between the two countries'

The Cyprus question began during the last quarter of the 19th century when the island was placed under British rule in 1878 and today is one of the most protracted conflicts in the world.

The question was temporarily solved in 1960 with political independence, under the auspices of the three guarantor states, namely Greece, Türkiye and the United Kingdom. However, after the Greek majority initiated a campaign against the Turkish Cypriots shortly after their independence, thousands of Turks were forced to live in enclaves and the Turkish representation on the island was terminated. The Turkish Cypriots faced a serious threat throughout the 1960s.

When Türkiye tried to intervene in the conflict to protect the rights of the defenseless Turkish people, the United States did not allow Türkiye to do so. Former U.S. President Lyndon B. Johnson sent a letter to then-Turkish Prime Minister İsmet İnönü warning him not to intervene on the island. Although Türkiye had a legitimate right to intervene, Ankara could not step in mainly due to its heavy dependence on Washington. However, the Johnson letter, which is taught in Turkish foreign policy textbooks used by Turkish universities, traumatized the Turkish people.

Looking at it from a balanced perspective, one can see that there are different dimensions to the Cyprus question. The first is the intra-island dimension, the conflict at the community level between the Greek Cypriots and the Turkish Cypriots. Without any hesitation, the Turkish side is the victim of Greek atrocities due to the Greek-favored balance of power on the island. The Turkish people, who have suffered a lot from the atrocities and attacks of the Greek forces, have been trying to fight for their political rights. However, Western countries and communities simply ignore this central dimension.

The second dimension is the role of the Cyprus issue in bilateral relations between Türkiye and Greece. The Cyprus question lies at the center of all Turkish-Greek relations and conflicts. It is a precondition for solving other bilateral issues between the two countries. The Greek side continues to stand by the annexation of the island despite not having direct control of it for centuries. However, the Turkish side naturally opposes this claim and resists the unification attempts.

The third dimension of the Cyprus question is in fact a central issue between Türkiye and the European Union since the Greek Cypriot side has been a full member since 2004. The bloc considers Türkiye’s presence on the island as an occupation of EU territory. However, there are two important points not to forget before analyzing the issue.

Second, the EU simply ignored that it was the Greek side that rejected the U.N.-proposed resolution plan, the Annan Plan, just before its accession to the EU. Instead of criticizing the Greek side, the EU rewarded it with full membership. Meanwhile, the Turkish side, who voted in favor of the Annan Plan in the referendum held on the island, was punished, ignored and sanctioned by Western countries. Therefore, the EU institutions do not have the right to criticize the Turkish Cypriots for their rightful reaction to the Greek side.

The fourth dimension of the Cyprus question is its impact at the global level. The Cyprus question is a Turkish and Muslim issue, which has been followed by many third countries from the Turkic and Muslim worlds. A Turkish and Muslim minority was suppressed by the Greek majority in the 1960s and later it was (and still is) alienated by Western countries. Although the governments of the Turkic and Muslim worlds are hesitant to recognize the Turkish Republic of Northern Cyprus (TRNC) due to Western pressure, public opinion in these countries is generally sympathetic toward the Turkish Cypriots.

All in all, the Western countries and institutions, who have lost their moral superiority due to their increasing focus on realpolitik, have been claiming to play the role of legitimizer. They think that they can legitimize or delegitimize any political actor in the world. For instance, depending on their description of their national interests, they legitimize violence in one case but delegitimize it in another.

However, nowadays, with the increasing awareness in the rest of the world, they are unable to justify their actions and therefore, sustain their claims. Among others, the just voices in the West have also been speaking out against the continued double standards of their respective governments.

The 'garden-forest' metaphor: Crisis of European political mind
Next
Loading...
Loading...
We use cookies to ensure that we give you the best experience on our website. If you continue to use this site we will assume that you are happy with it.Ok