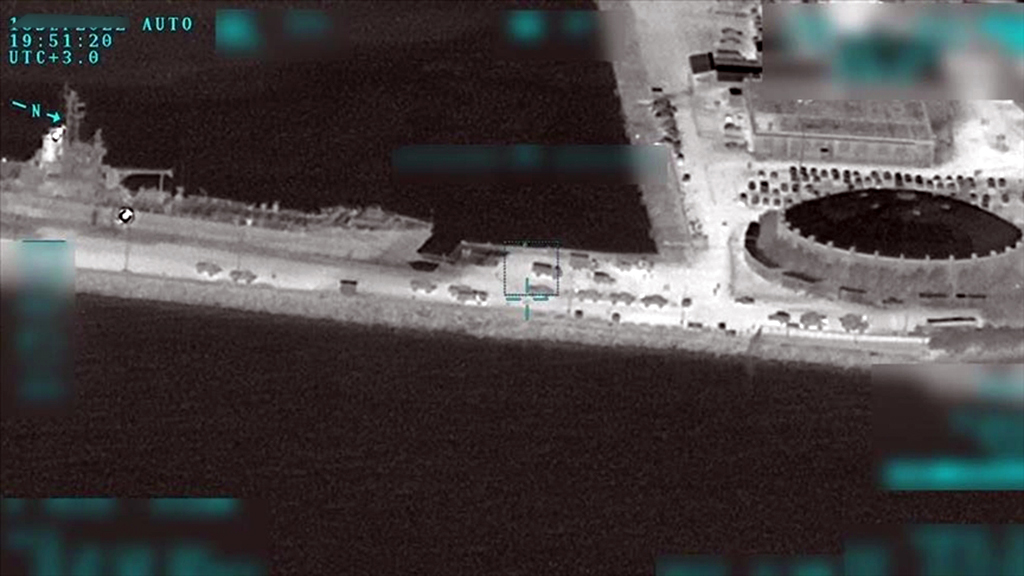 In the annals of Greek politics, Türkiye has long topped Athens’ list of concerns, complaints, and demands.

The basic philosophy of Greek leadership leans on the repetition of commonly known narratives such as “The threat comes from the East.” This prejudice inclines to enrich itself through the self-confidence of representing the older Greek civilization, whose validity expired. But the facts of the modern world invalidate the Greek mood of defending its national interests through complaints and pledges to third parties.

Given the fact that Greece has always enjoyed the “offered” privileges by the Western “powers,” the strategy may lean on preserving the gains from over the last two centuries by accepting peaceful coexistence through a strict commitment to already agreed treaties. In this sense, we can refer to the agreed-upon norms of the legitimate arrangements for a stable southeastern Europe. For instance, the demilitarization of islands situated a couple of miles away from Turkish coasts is a “foreseen” guarantee by the “then” five great powers of Europe for sustainable peace in the Aegean Sea. The Turkish strategy in the Aegean Sea has always been managing the disputes and not challenging the established “order” for the sake of “peaceful coexistence.”

The political and military picture in the Aegean Sea appears challenging for the sustainability of inked treaties and other agreements since the Greeks are constantly trying to consolidate their “covert” territorial expansionism to imprison Türkiye to its coasts as if the whole Aegean Sea is under Greek sovereignty. The debates on the exclusive economic zone and continental shelf prove this hypothesis.

But it is clear that the treaties of last century are still in effect and easy to understand. The islands transferred to Greek “possession” by their names, and the rest – “the isles and rocks above the surface of the sea” – were not part of this pledge. Once Greece violates the terms of these norm-building treaties, the Lausanne and Paris treaties, the outcomes will certainly challenge the order in the Aegean Sea.

What could be the costs of such an escalatory strategy for the Greeks? A conflict is a matter of calculations of involved parties, though; hence it is not more than potentiality in this case. On the other hand, this question needs to be comprehensively delved into to predict and project the impact of a deficit in strategic outlook by concrete sampling. Hence, a comparative analysis may be an appropriate approach in terms of the economy and defense capacities of both countries.

Greece’s government revenue in 2021 was €89.81 billion ($$88.6 billion), while government spending was around €105.8 billion with a deficit of €15.99 billion. The Turkish government’s budgetary spending was €88.87 billion while revenue reached €78.18 billion. But Türkiye’s export and tourism boost in 2022 is expected to lower the revenue and spending gap.

The Greek National Statistical Service points to a governmental debt of 193.3% of GDP in 2021, down from a peak of 206.3% in 2020. Türkiye’s governmental debt as of December 2021 is 39.7% of GDP, which is five times lower than Greece’s. The degree of debt and percentage of the GDP affects the economic durability and sustainability of defense preparedness. Given the fact that Greece experienced economic devastation in 2008, a speculator expansionist policy and military-based aggressive strategy may provoke defense spending divorced from the realities of the Greek economy.

Moreover, a comparison of government spending is worth mentioning the degree of autonomy and depth of resilience to shocks. The respective GDPs of Greece and Türkiye in 2021 were $216.38 and $851 billion, which makes the Turkish economy almost four times bigger than the Greeks’. Greek military spending per GDP is 3.8%, while Türkiye spends slightly less than 2.1% of its GDP per the prerequisites of NATO. Interestingly, Greek military spending per GDP is more than the percentage of the US (3.5%) and mainly relies on procurement from other countries.

Türkiye’s defense industry, which is based on accumulating Turkish know-how, has started to export defense products to finance manufacturing what the Turkish Armed Forces needs. Greek’s military exports in 2021 were $17 million while Türkiye achieved 3.2 billion, besides $8.5 billion worth of new orders to Turkish defense companies. The worth of allotted spending in 2021 to research and development by Turkish defense companies was $1.6 billion.

On the other hand, Greek defense imports in 2021 totaled $5.31 billion, leaving aside newly ordered warships and aircraft in 2022. For instance, the cost of Rafael aircraft is $2.32 billion. Curiously, while the deal to procure 3+1 FDI French frigates forms the bulk of military spending, the expenditure is not transparent to Greek voters.

If the Turkish and Greek military procurements are compared, Türkiye relies on national products that finance itself with a surplus. Türkiye avoids any dependency on any third actor that could promote loyalty to the political objectives of an external actor.

As for dependence on the other actors, Türkiye has achieved a defense revolution for two decades thanks to covert Western sanctions. Türkiye, with its dynamic economy and social base, can build autonomy in strategy and decision-making processes.

The picture is different for Greeks compared to Türkiye. There may be a long list of burdens on Greece as far as aggressive Greek strategies are put forward. Greek leaders have always referred to their national security as an extension of the solidarity and support of their “allies,” — mainly EU countries and the US. This strategy is a clear challenge from a realist perspective since it is well-known that a “self-help” principle is essential for achieving security.

There has been a “pay-for-support” tragedy for Greeks as far as they raised their voice in European and American halls. Greece may enjoy this backing up until they can afford it but it is apparent that the global and Greek economies are vulnerable to it.

Other than defense procurements, Greece prefers to host foreign military presence for deterrence. The initial concern is whether the objectives and scope of the hosted states match Greek interests.

All in all, Greece, with revisionism to expand in the Aegean and Eastern Mediterranean seas, sacrificed its independence as a proxy state. Lacking a strategic outlook to assess the Greek capacity and predict the running strategies of third parties, the “security dilemma” made the way of harsh “words and deeds” for the continuity of potential conflict. Greek ignorance of “self-help” and reliance on third parties halted diplomacy and deprived the progress and prosperity of the Greek people.

Opportunities for Ankara and Baku in new geopolitics
Next
Loading...
Loading...
We use cookies to ensure that we give you the best experience on our website. If you continue to use this site we will assume that you are happy with it.Ok