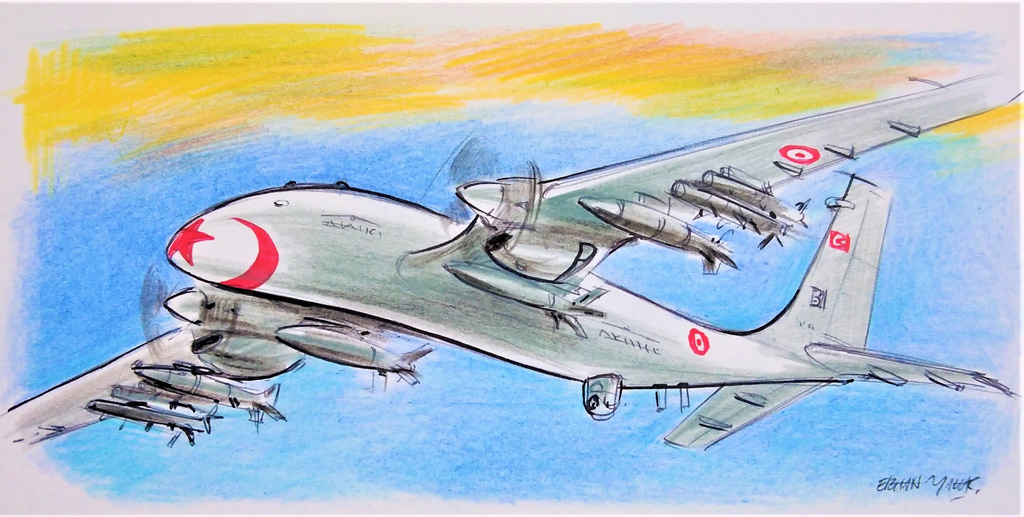 With its new diplomatic engagements, Turkey will create further windows of opportunities to restore its foreign policy

Turkey’s orientation in foreign policy has gradually shifted from a security and defense-centered approach to a more trade and diplomacy-centered perspective in the last couple of months. This transformation, however, is not related to a steep decline in the security challenges that Turkey has been facing in its neighborhood. It is somewhat related to Turkey’s success in counterterrorism operations, accomplishments in an indigenous defense capacity and the overall fatigue of the actors experiencing the consequences of the post-Arab Spring conflicts. The potential challenges and conflict spots are still active, and there are additional risks concerning the Ukraine-Russia tension.

Both Turkey and its competitors and foes in regional conflicts are tired of maintaining unending conflicts and armed confrontations in the Middle East and North Africa (MENA) region. Those conflicts and armed confrontations are costly for all the relevant parties. There are also uncertainties and widespread unrest related to the negative consequences of the COVID-19 pandemic. The recent protests in Kazakhstan are just one example of such an outburst. Other countries are not immune from economically driven popular protests. Governments and business communities in the region are more willing to overcome the pandemic’s negative consequences, stabilizing their economies rather than being dragged into new international tensions and uncertainties.

One positive consequence of Turkey’s security-oriented agenda in the last decade has been the country’s accomplishments in the field of defense technologies. Turkey has achieved significant progress in its indigenous defense technology projects. Those projects contributed to Turkey’s security capacity economy and have boosted its image in the international defense sector as a new and competitive actor. These achievements are significant for Turkey’s holistic efforts to reduce dependence on imported security systems and equipment fundamental to the country’s national security. Such a policy also provided flexibility to Turkish decision-makers in critical foreign policy areas. Turkey’s negotiation position and options also strengthened with both allies and foes.

Turkey’s investments and achievements in defense industries and critical defense technologies are not sufficient to deal with the diplomatic challenges that it is facing in its neighborhood and beyond. Turkey’s NATO membership is unquestionably one of Turkey’s most important assets in the areas of key strategic threats. However, NATO is unable and unwilling to help Turkey address its problems with its neighbors and deal with the problems of terrorism. That is why Turkey decided to make its investments in strategic arms projects.

Improvements in Turkey’s military capacity, investments in defense technologies and consistent diplomatic initiatives are improving Turkey’s autonomy in critical security areas and increasing Turkey’s deterrence in the international arena. Considering the existing problems in Syria, Iraq, the Aegean Sea, the Eastern Mediterranean and ongoing tensions with some important diplomatic counterparts, including tensions with the United States, Russia, and disagreements with some key European Union members, it seems that there is a need for a more active, holistic and constructive diplomacy strategy. Turkey’s recent diplomatic initiatives with the Turkey-Africa Partnership Summit and the Organization of Turkic States were part of Turkey’s medium- and long-term diplomatic agenda. This agenda will be strengthened and enriched with some new diplomatic initiatives, but these initiatives are not alternatives to Turkey’s existing alliances.

The fight against the PKK, Daesh and the Gülenist Terror Group’s (FETÖ) destabilizing activities are still priority items of Turkey’s security agenda. Turkey has achieved some very significant progress in the fight against these terrorist groups since 2016. This success will allow Turkey to diversify its diplomatic agenda and act more flexibly in the coming years. Turkey has a new agenda of diplomatic normalization to replace the permanent crisis management-oriented foreign policy of the previous decade.

Turkey will continue to commit to the existing multilateral platforms, and Turkish actors will take more proactive roles with their willing partners when those platforms fail to address problems. The normalization of relations with the United Arab Emirates (UAE), Egypt, Saudi Arabia, Israel and Armenia will test Turkey’s new diplomatic restoration efforts. One key obstacle to this normalization process may be the ongoing crises in Ukraine, Syria and the complicated tensions in the Eastern Mediterranean. Turkey may be forced to take a more precise and decisive stance in those crises. Crisis management-oriented diplomacy may be prioritized in these cases, but there is a more suitable ground for constructive diplomacy in other areas. No matter what, Turkey should cultivate readiness for systemic shocks and fluctuations as another fundamental pillar of its diplomatic strategy.

One crucial venue where Turkey may continue to stimulate the normalization efforts may be the improvement of relations with the EU. The negotiation process with the EU membership accession process has been stalling since 2016. The opening of new chapters in the accession negotiations or modernization of customs union agreements may be a catalyst for improving Turkish-EU relations. The election process in France and the new government in Germany may be obstacles to improving relations with the EU. However, the ongoing tensions in Ukraine, the Eastern Mediterranean and potential energy and supply chains problems in the post-coronavirus context may bring Turkey and the EU closer to each other.

It is clear that some of Turkey’s foreign policy problems will not be resolved soon. Still, a new approach and a new engagement strategy will help transform the relations with some countries. There will be more room for diplomats’ economic and cultural actors soon, and 2022 will be a new test case for Turkey’s diplomatic restoration.

Ukraine: Victim of global rivalry
Next
Loading...
Loading...
We use cookies to ensure that we give you the best experience on our website. If you continue to use this site we will assume that you are happy with it.Ok