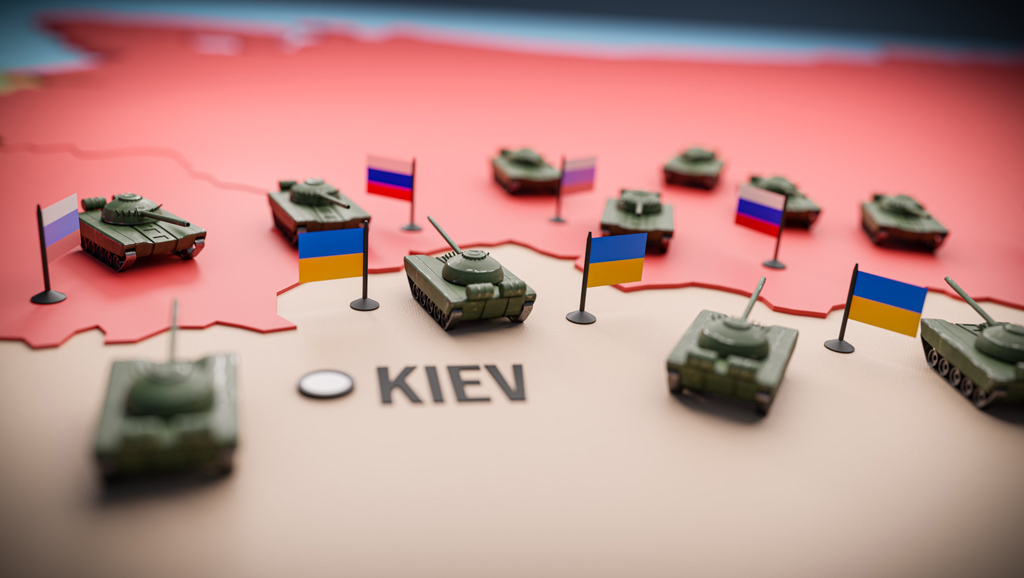 Dangerous escalation in the Ukraine-Russia War after annexation

‘If not stopped, the next phase of the war in Ukraine will spread to other countries’

The two most recent developments in Ukraine have initiated a new phase in the seven-month war.

First, Russia declared partial military mobilization on Sept. 21. According to the decree, the Russian government will call up 300,000 reservists from Russian citizens between 18 and 50 years old. It was claimed that the mobilization was declared to control the occupied territories by the Russian army or the Russian-backed forces.

The second development was the Russian declaration of the annexation of four Ukrainian provinces, namely Donetsk, Luhansk, Kherson and Zaporizhzhia, after the completion of the so-called referendums organized on Sept. 23 and 27. Russia’s proxies in these provinces have claimed a majority of up to 99% in favor of joining Russia. Russian President Vladimir Putin has announced that Russia now has four new regions claiming that these referendums reflect the will of the people.

This annexation and redrawing of the border are the largest in Europe since World War II, which will naturally change the European balance of power.

These last two developments have many national, regional and global implications. First of all, Russia has achieved one of its main targets in Ukraine and connected the Crimean Peninsula, which was occupied and annexed in 2014 by Moscow, to Russia by land. Putin has added that Russia will defend its new land with all its strength and all its means. Thus, Russia has secured its dominance in the Black Sea basin. From now on, it will try to maintain its gains in the war. This is why Putin urges Ukraine to return to the negotiation table.

Second, with the annexation decision, Russia has declared these four provinces as part of Russia. Russia will consider any attack on these provinces as “an attack on its territorial integrity.” In other words, the third parties will be unable to send military troops to these regions. Any military intervention will be answered with any means, including strategic weapons.

No one knows the limits

The question is: If nobody knows the limits of this lebensraum, what will satisfy the Russian expectations? Will Russia be content with the annexation of these four regions?

The Russian occupation of any part of Ukraine is and will be considered over-expansionism and over-stretch. What is the red line for Western nations? When will Western countries mobilize their resources to counter the Russian enlargement?

It is clear that the West is quite disorganized in this regard.

Fourth, as a reaction to the annexation, Ukrainian President Volodymyr Zelenskyy has revived Ukraine’s NATO membership process and applied for fast-track membership in the alliance. However, if NATO accepts Ukraine as a member of the alliance, it is not clear whether even NATO will attempt to liberate these four regions from the Russian occupation. Will NATO draw its defensive line on the eastern border of Ukraine including these four provinces? This will increase the possibility of a NATO-Russia war.

Fifth, Zelenskyy has declared that his country will not sit on the negotiation table unless Russia gets a new president. In other words, Ukraine is determined, as long as Putin remains as president of Russia, that it will not initiate peace talks with Moscow. This is an indirect call for a governmental change in Russia.

Sixth, since it will be quite costly for the Western countries, it seems the West will intensify its war of attrition against Moscow. If the West wants to bring Russia to its knees, it will announce new economic sanctions against Russia and isolate Russia from the rest of the world.

However, nowadays the Western alliance is not consolidated enough. There are real and potential differences between Anglo-Saxon countries and continental European countries. Although both sides want Russia to get punished, they disagree about the means and the level of punishment. For instance, compared with the United States and the United Kingdom, the continental European countries are too dependent on Russian energy resources. Therefore, due to their differing national interests, the West does not constitute a united front against Russia.

Lastly, following the footsteps of Western nations, Russia also does not mind breaching the very basic principles of international law and the international system. Considering it was the Western countries and Russia who established the current international system (the United Nations system) in the wake of World War II, the future of the global system seems blurred, since no state is determined to preserve it.

All in all, the West, which gives consent to the breaches of international law in many regional crises, does not have a moral superiority to ask Russia to withdraw from Ukraine.

In a sense, Russia follows the footsteps of Western countries. It is clear that when power politics dominate international politics, no global power will attach itself to the norms or principles of international law.

Unfortunately, nowadays, global powers compete in breaching the basic norms of the international system, which most likely will end up in a systemic war. Probably, if not stopped, this will be the next phase of the Ukraine-Russia war, the spread of the war to other countries.

The debate over the Republic in Türkiye
Previous

Previous discrepancies in 'table for six' persist, new one added
Next
Loading...
Loading...
We use cookies to ensure that we give you the best experience on our website. If you continue to use this site we will assume that you are happy with it.Ok