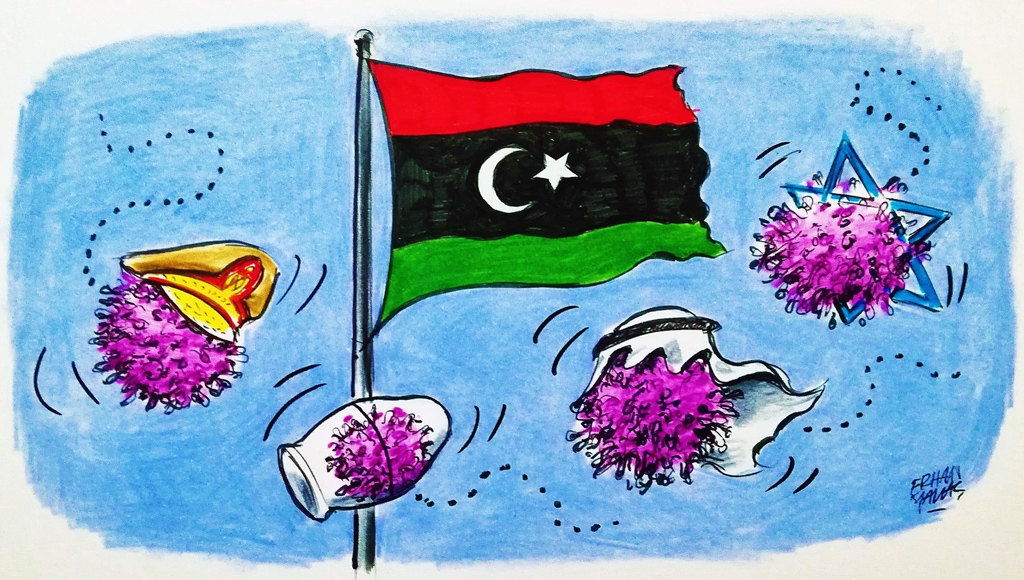 Change of balance in Libya

That mankind will draw lessons from the COVID-19 pandemic is just wishful thinking. The virus outbreak cannot seem to end violence or the struggle for power. The situation in Libya supports this claim.

That mankind will draw lessons from the COVID-19 pandemic is just wishful thinking. The virus outbreak cannot seem to end violence or the struggle for power. The situation in Libya supports this claim.

In the civil war-stricken country, the United Nations-backed Government of National Accord (GNA) has been successful in recent days. The GNA’s recent accomplishments are largely due to Turkey’s November 2019 security cooperation agreement with Tripoli. Still, the Libyan capital remains under siege. Air superiority will determine the fate of Libya’s civil war.

Here’s a quick recap of what happened in Libya while the world was fixated on the coronavirus pandemic.

Although the U.N. called for a global cease-fire on March 23, the Libyan warlord Khalifa Haftar attempted to exploit the virus outbreak and resumed attacks on Tripoli the following day. Seeing the public health emergency as an opportunity, Haftar’s forces, dubbed the Libyan National Army (LNA), targeted hospitals, medical workers and supplies of medicine in March and April. Sixty-one medical facilities have reportedly been damaged in attacks this month alone. On April 6, the LNA bombed the al-Hadra hospital that treated COVID-19 patients. The next day, the capital, home to some 2 million people, lost access to drinking water. To stop the production of electricity, Haftar cut natural gas supplies to Tripoli.

The Libyan warlord’s unlawful and inhumane attacks could not go unpunished. The GNA forces launched Operation Peace Storm, a counter-offensive, to stop Haftar’s deadly assaults. Clashes occurred to Tripoli’s west, southwest and east in March and April. Although neither side could advance on the southeastern front, the U.N.-recognized GNA stopped Haftar’s attack on Abu Grein, located east of Tripoli, on March 27. The next day, the LNA’s operations room in Sirte was hit and its commander Salem Driaq and his team were killed. On April 13, the GNA recaptured the strategically important towns of Rikdalin, Zalatan, Sabratha and Sorman on the western front, regaining access to Ras Ajdir on the Tunisian border.

Although the most recent developments strengthen the GNA’s hand, Khalifa Haftar remains unlikely to abide by the cease-fire agreement, which was concluded at the Berlin International Conference in January. After all, foreign governments continue to deliver military aid to the LNA in violation of a U.N. arms embargo. The United Arab Emirates has been delivering weapons, openly and recklessly, by air. Moreover, Israel supplied air defense systems to Haftar via Egypt. Finally, Russia has been recruiting Syrian militias through the Wagner Group, a Russian private military company.

Unfortunately, Operation IRINI, which the European Union recently launched to enforce the arms embargo, falls short of stopping military aid to the LNA. To add insult to injury, the operation seems designed to intercept military assistance to the U.N.-recognized government of Libya.

Haftar, who launched a massive campaign to seize Tripoli last April, made significant advances thanks to UAE’s military assistance and with the help of Russian paramilitaries. What tipped the balance of power and facilitated the GNA’s recent accomplishments was Turkey’s November 2019 decision to get involved. It was the Turkish involvement, too, that made the Berlin conference possible.

The Turkish government understands that there is no military solution in Libya. All parties and stakeholders must throw their weight behind a political transition process. Since we are still talking about violent clashes amid a global pandemic, however, it seems that the road to peace remains long.

Why is there a debate about WHO today?
Previous

Dan Brown, cities and how Turkey is dealing with coronavirus?
Next
Loading...
Loading...
We use cookies to ensure that we give you the best experience on our website. If you continue to use this site we will assume that you are happy with it.Ok