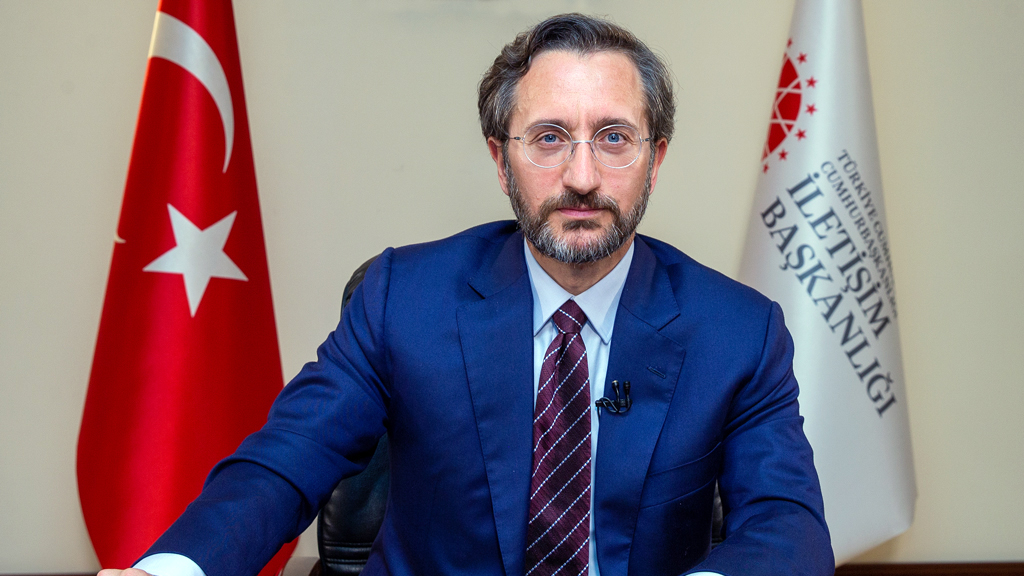 Turkey and the European Union have worked closely in many areas and can also do so against racist anti-Muslim movements, Turkey's communications director, Fahrettin Altun, said Saturday.

Turkey and the European Union have worked closely in many areas and can also do so against racist anti-Muslim movements, Turkey’s communications director, Fahrettin Altun, said Saturday.

Altun attended, via the internet, the Foundation for Political, Economic and Social Research’s (SETA) presentation of the European Islamophobia Report 2019 in Ankara.

He said the purpose of the report is not to blame anyone but to urge open and honest dialogue among friends.

The report, edited by Enes Bayraklı and Farid Hafez, has been published annually since 2015. The 2019 report includes a general assessment of Islamophobia in 32 countries across Europe and additional countries, including Russia, Albania, Bosnia and Herzegovina, Serbia, Kosovo, North Macedonia and Montenegro.

More than 32 scholars, experts and civil society activists from various European countries participated in drafting the report. The experts specialize in racism and Islamophobia studies and have covered various issues linked to Islamophobia through various media outlets and within politics.

Altun said the report made it possible for people around the world to follow the development of anti-Muslim racism in Europe and it also touched on the Europeans’ concerns about social and political trends.

Anti-Muslim racism is not just a European problem, Muslims are either killed or injured globally as part of systematic displacement and intimidation efforts, said Altun.

He drew attention to the fact that Islamophobia in Europe is getting worse every day and said there was a noticeable increase in attacks on Muslims, mosques and Islamic community centers in Europe.

“Fighting Islamophobia needs to start in Europe,” he said.

He criticized the approach of some Europeans and said countries in Europe, intellectuals and decisionmakers must stop seeing Islam as a security threat and Muslims as potential criminals.

European leaders should neither accept anti-Muslim racism nor fulfill the demands of the extreme right-wing, he said.

Turkey has warned of a rising tide of hate ideologies in Europe, in particular Islamophobia, xenophobia and anti-Semitism. It is ready to support EU efforts to achieve equality for Muslims and other religious communities, he added.

The year 2019 distinguished itself greatly by cold and ruthless Islamophobic terrorist attacks in places like New Zealand’s Christchurch, Germany, the U.K., France and Norway.

Mosques have been targeted all across Europe, resulting in dozens of deaths.

Some European governments work hard to track and neutralize far-right terrorist groups. While, on the other hand, some participate in the normalization of Islamophobic conversations in Europe, through discriminative declarations, bills and security policies targeting Muslims.

Moreover, mainstream media and private institutions are also responsible for a rise in anti-Muslim feelings as they continuously spread disinformation that harms the Muslim community.

Ankara, EU can work against Islamophobia: Turkey
Next
Loading...
Loading...
We use cookies to ensure that we give you the best experience on our website. If you continue to use this site we will assume that you are happy with it.Ok