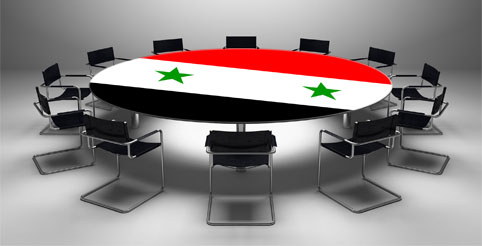 It is politically, economically and historically impossible for Turkey to abandon its zero problems with neighbors policy  no matter what happens in Syria.

Foreign policy pays regard to long-term and macro goals to a large extent. During certain periods and conditions, it focuses on short- or medium-term interests. Usually, dynamic methods are employed for current, specific problems while principles are more static. In this vein, especially after the start of tensions between Turkey and Syria, some have argued that “zero problems with neighbors” policy has collapsed.

Such an attitude, which interprets the “zero-problems policy” as an algebraic argument, confuses the expected “goal” with the “methods” to be employed in order to reach that goal. They fail to understand that considering the “zero-problems policy” as an algebraic argument is as absurd as declaring the end of “history and politics.” “Zero problems” is an “expectation” for reaching an idealized goal while negative and positive foreign policy relations – which tend to change from time to time – are the dynamic steps to be taken toward reaching this goal. Therefore, the recent problems with Syria do not require a questioning of the general principles of Turkish foreign policy but indicate that Turkey must revise its methods.

If Turkey had not adopted the “zero problems with neighbors” policy, today we would not see a Turkey able to give support to and receive support from the Arab Spring in such a legitimate and natural way. The Baathist regime in Syria especially failed to take advantage of intensive commercial, intellectual, cultural, and touristic relations between the peoples of the two countries and turn these into the building blocks of a smooth transition out of the crisis. Thanks to the relaxation and abolishment of the visa regime, millions of Syrians and Turks started to improve their commercial relations in just a few years. Even the effect of this interaction in Syria was sufficient enough for the anti-Baathist opposition groups to choose Turkey. The result was win-win for Turkey; win-lose for Assad!

In the wake of Turkey’s deteriorating relations with Syria, talk about the meaningfulness of the “Zero Problems with Neighbors” policy is a political anachronism. Today, Turkey radically opposes the Baathist regime as a result of the massacres in Syria. The alternative was out of the question. Similarly, to consider Turkey’s “zero problems with neighbors” policy naive would amount to a claim that Turkey failed to know the Baathist regime committed massacres on Turkey’s doorstep for years.

Interestingly, those actors and parties within Turkey who criticized Turkey’s “zero problems with neighbors” policy in the past are the same ones who claimed that, despite the massacres, Syria-Turkey relations must not be ruined. Internationally, those who opposed Turkey’s assistance when Syria was at peace now demand that Turkey intervene in Syria immediately, even resorting to military means if necessary.

Future of Arab Spring and Turkey
Previous
Syria: A litmus Test for the Region
Next
Loading...
Loading...
We use cookies to ensure that we give you the best experience on our website. If you continue to use this site we will assume that you are happy with it.Ok