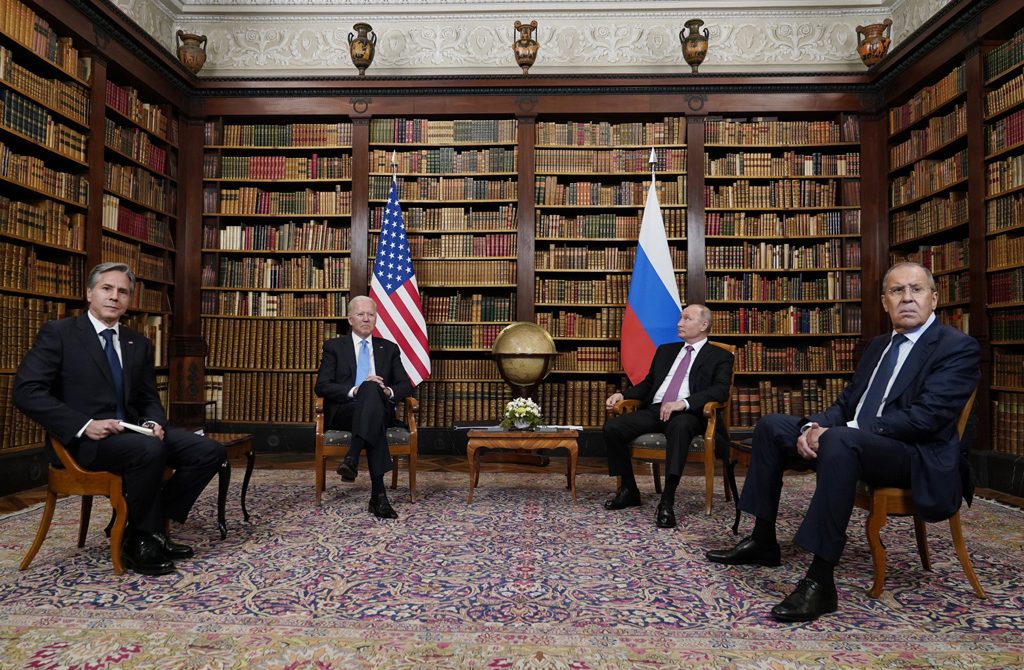 The Russian invasion of Ukraine fuels the concern that the international system has entered a path that will lead to World War III. In the event of major crises, world wars – horrible tragedies that devastated mankind – inevitably come to mind. Two years ago, when the coronavirus pandemic began, many experts argued that the world was experiencing something akin to World War I. Amid the Ukraine crisis (and the fear of “nuclear war”) similar comparisons are made between the present and the prelude to World War II. Those folks, who maintain that the international community must refrain from “appeasing” Russia’s Vladimir Putin (as it once appeased Adolf Hitler), think back to the Munich Agreement of 1938.

It is clear that great power competition has reached a new level. The deeds and words of the Russian president, who made clear his intention to build an empire, have obviously entailed major ruptures. Having attacked Ukraine under the pretext of Russia’s national security, Vladimir Putin conveys a dangerous message to all great and regional powers – that each nation can engage in revisionist behavior citing their national security. That message threatens to reactivate frozen conflicts and disputes between nations.

Yet the public debate on “World War III” and nuclear war, which has taken place in recent days, is deeply concerning and set to have certain long-term effects.

Leaving aside the Kremlin’s bold statements on national security, the Russian leader has shocked the world by playing the nuclear card within the first week of the war. United States President Joe Biden proceeded to say that the alternative to severe economic sanctions was World War III. Finally, Russia’s foreign minister, Sergey Lavrov, alleged that Ukraine posed a nuclear threat against his country as part of a statement on Ukraine’s demilitarization. He also noted that World War III would be “nuclear” and “destructive.” Although Lavrov said that the West, not Russia, was thinking about nuclear weapons, he made sure to deliver the following message: “There is talk about the possibility of nuclear war. Yet we are not talking about that. If a real war starts against us, those who make such plans should think about that.” Those words were not uttered to save face. The nuclear cat has left the box. The fact that nuclear power served as a strong deterrent was already known as experts analyzed the plans and efforts of various countries to develop nuclear weapons. Nowadays, however, the whole world witnesses what nuclear power really means on the battlefield. The elephant in the room is an obvious question: What does the Russian “nuclear threat” mean, provided that it talks about World War III?

It goes without saying that Moscow’s threat was intended to force Ukraine to surrender and signal to the Western alliance that it must refrain from providing military assistance to the Ukrainians unless they want Russia to go beyond conventional war. Yet the security concerns, fueled by Russian actions and threats, usher in an era of excessive armament.

The first stage of that broad-spectrum transformation is the Ukraine crisis turning into a “European war” as a result of the European Union’s military aid. Opening Ukraine’s borders to volunteer fighters, too, could generate a new manifestation of the “foreign fighter” phenomenon. Finally, sanctions could go beyond the economy and lead to the isolation of Russia and Russian nationals in Europe in the social and cultural domains. The second step would be the expansion of defense budgets. Germany has already made a decision that will tilt Europe’s strategic balance by allocating 100 billion euros (over $110 billion) to defense. The third step, in turn, could be the great powers’ shifting policies toward flashpoints (depending on the outcome of Ukraine’s occupation). For example, the questions of whether China will invade Taiwan or what Japan will do about the Kuril Islands are far more genuine today. The fourth and final stage will lead to the pursuit of nuclear weapons by countries with enough power – either to defend themselves or address their security issues.

New government in Turkish Cyprus and its busy agenda
Previous

Perspective: Russian Attack on Ukraine and Turkey’s Approach in Implementing the Montreux Convention
Next
Loading...
Loading...
We use cookies to ensure that we give you the best experience on our website. If you continue to use this site we will assume that you are happy with it.Ok