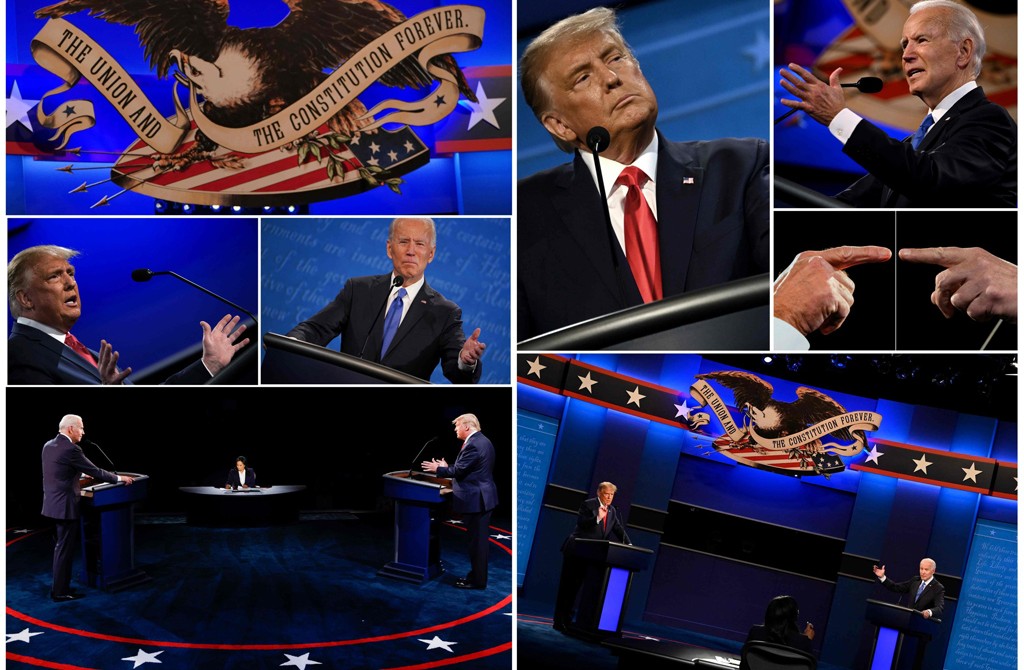 Wishful thinking and allegations instead of strategy

The second U.S. presidential debate took place on Thursday in Tennessee. The disastrous first presidential debate between the two candidates lowered the bar, with some calling for the cancellation of future debates and many analysts declaring it the lowest point in U.S. politics.

The second U.S. presidential debate took place on Thursday in Tennessee. The disastrous first presidential debate between the two candidates lowered the bar, with some calling for the cancellation of future debates and many analysts declaring it the lowest point in U.S. politics.

Soon after President Donald Trump contracted COVID-19, the candidates’ town hall debate was canceled due to the development. There was a lot of speculation surrounding this last debate between the two candidates, with reports emerging last week of disagreements among the campaigns regarding the rules and topics of the debate.

Although Trump’s campaign criticized and protested many different aspects of the debate, including the moderator, topics and the new rule of turning off the candidate’s microphone after two minutes, his campaign knew this was the opportunity for the president to catch up with Democratic candidate Joe Biden in the polls. In regard to two major issues, the candidates did not seem to be ready to take charge.

For instance, there were uncorroborated claims about the business dealings of the Biden family in China and questions about Trump’s bank account. Trump held China responsible for COVID-19, saying that China will pay, while Biden was not clear what his China policy would be.

Then, of course, Biden claimed that China was trying to interfere in the elections. The debate addressed Russia, with Trump claiming Biden received money from the country, and Biden retaliating saying the president was too soft on the nation. This was followed by a debate about Russian interference in elections.

Second, we learned neither candidate has a comprehensive plan to tackle COVID-19. Trump put all his hope into the rapid production and distribution of a vaccine and used his recent experience contracting COVID-19 as his biggest talking point in reference to the pandemic.

Just as before, Trump reiterated how much he had learned about COVID-19 but repeatedly mentioned the importance of opening the economy and how it is vital to stop the restrictions as they are causing other problems. Biden should have had the upper hand given the lack of trust for the president regarding this issue but as we saw yesterday, Biden did not seem to have a plan either. He criticized Trump’s handling of the pandemic, saying there will be a “black winter.”

However, other than testing, social distancing and trusting scientists about COVID-19, there was not much at Biden’s disposal.

While all U.S. strategy and threat assessment reports consider China and Russia rivals, neither candidate provided a plan on how to deal with the countries. There was no talk of strategy and paints a bleak picture for the U.S.’ future foreign policy. Similarly, in regard to COVID-19, we did not see a clear strategy from the candidates – only wishful thinking.

Critics of modernism, the road to intellectual power
Previous

Nagorno-Karabakh: The next Syria in the Caucasus?
Next
Loading...
Loading...
We use cookies to ensure that we give you the best experience on our website. If you continue to use this site we will assume that you are happy with it.Ok