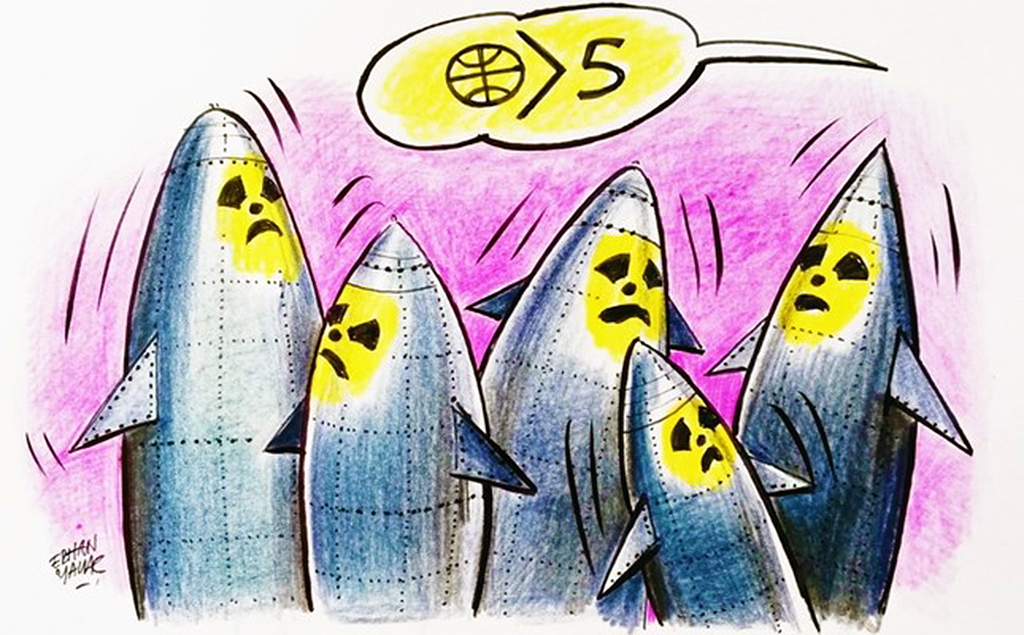 In recent days, Turkish President Recep Tayyip Erdoğan's remarks added a new twist to this mix. On the one hand, he is laying the groundwork for his upcoming address to the United Nations General Assembly, conveying messages to relevant world leaders. At the same time, Erdoğan is unveiling his new road map for party politics. Two topics, i.e. emerging political movements and the safe zone/refugee debate, have been around for some time. The third issue, Turkey's intention to obtain nuclear warheads, is new.

It was no secret that September would be a “hot” month. In addition to partisan issues, three items – the situation in Idlib, the proposed safe zone in northeastern Syria and the refugee crisis – are consistently among the staples of Turkey’s domestic and foreign policy agenda.

In recent days, Turkish President Recep Tayyip Erdoğan’s remarks added a new twist to this mix. On the one hand, he is laying the groundwork for his upcoming address to the United Nations General Assembly, conveying messages to relevant world leaders. At the same time, Erdoğan is unveiling his new road map for party politics. Two topics, i.e. emerging political movements and the safe zone/refugee debate, have been around for some time. The third issue, Turkey’s intention to obtain nuclear warheads, is new.

The Turkish president has been warning former allies Ahmet Davutoğlu, Abdullah Gül, and Ali Babacan against forming new political movements for some time. Erdoğan repeatedly argued that those “who get off the train” to “divide the ummah” and “incite unrest” would “experience disappointment.” His strongly worded statements suggest that the president intends to confront former Justice and Development Party (AK Party) politicians, who aim to lure away Erdoğan’s base, openly and firmly.

Politics is inherently harsh. Differences of opinion and diverging interests, not to mention concrete steps against each other’s interests, leave no room for “gentlemanly conduct” or “fraternity.” It would be unreasonable, therefore, to expect the Turkish president to quietly stomach the departure of politicians who owe their very careers to Erdoğan’s leadership and the AK Party’s success.

The coming confrontation will involve plenty of harsh words. The tactics and emotions of the parties, however, will determine its actual content. Until now, Erdoğan focused his attention on the cause and the good of the party. Despite airing his frustration, he did not go after his former colleagues personally or emotionally.

The dismissal of Davutoğlu and his supporters from the AK Party was intended to prevent him from using the party organization as a platform as the former prime minister prepares to form his own party. In other words, Erdoğan took a preventive step to deny Davutoğlu an “honorable exit.”

The Turkish president is unhappy with the disingenuous acts by Western governments on the proposed safe zone in northeastern Syria and the refugee crisis. His administration aims to ease Turkey’s burden by sharing it with others. Erdoğan’s message to the United States is perfectly clear: “We must start creating the safe zone in the east of the Euphrates [river] by the last week of September [and] on our own terms. Our purpose is to resettle at least 1 million Syrians, who are currently in [Turkey], inside this safe zone.” At the same time, he warns the European Union that Ankara will be compelled to “open our doors” if the safe zone agreements fall through.

Urging the United States and the European Union to actively support Turkish efforts on Idlib, Erdoğanopenly says that the next wave of immigrants will end up in Europe. To prevent this outcome, European politicians must launch a new initiative and share Turkey’s burden.

On the centenary of the Sivas Congress, the Turkish president sparked a new debate by suggesting that Turkey could obtain nuclear weapons: “Some [leaders] have multiple nuclear warheads. I do not accept that I do not. Almost none of the world’s developed nations lack nuclear warheads.” It was no secret that Erdoğan had been critical of Israel’s use of its military nuclear capabilities to intimidate and provoke other regional powers. He has raised the inequality between nuclear powers and others in the past.

Yet Erdoğan’s remarks on Turkey’s need to obtain nuclear weapons in order to strengthen its defenses are unprecedented. His words possibly served two purposes: First, the Turkish president wants to start a national conversation with the aim of improving Ankara’s power projection capabilities. The alternative is that Erdoğan seeks to augment his long-standing criticism of the global order’s injustices – embodied in the motto “The World Is Bigger Than Five” – with a new argument.

Erdoğan’s “nuclear” address bears notable symbolic significance, provided that he delivered them in Sivas, the birthplace of Turkish resistance against foreign occupation, and ahead of the U.N. General Assembly’s opening session this month.

US must cut YPG ties over abduction of Kurdish youth
Next
Loading...
Loading...
We use cookies to ensure that we give you the best experience on our website. If you continue to use this site we will assume that you are happy with it.Ok