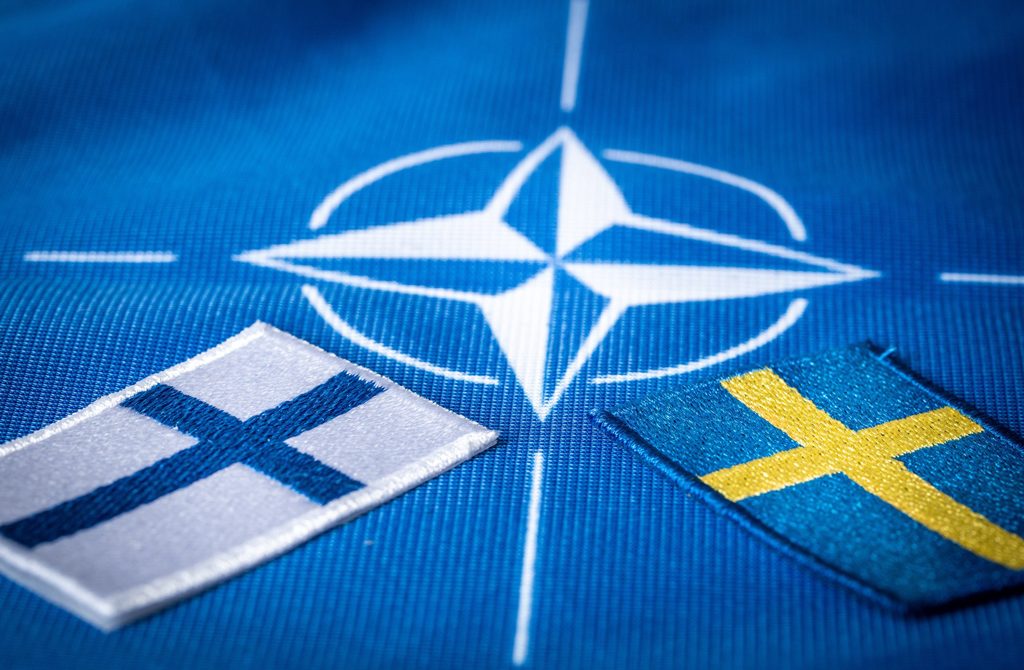 Finland and Sweden Application to Join NATO | Illustration by Shutterstock.

There are five reasons why Turkey opposes the NATO bid of Sweden and Finland, the first of which is naturally both states' support for terrorism

Seden and Finland’s bid for NATO membership, which is one of the most significant side effects of the Russia-Ukraine war, has been occupying the main agenda of international politics for the last several weeks. The discussion entered a new phase after President Recep Tayyip Erdoğan stated that he does not have a positive opinion of Sweden and Finland joining the NATO alliance. Turkey’s negative posture against the membership of the two Nordic states intensified the discussion about the future of NATO, the possible membership of the two states and the future of intra-NATO relations.

In this article, I will analyze the main reasons for Turkey’s opposition to the membership of Sweden and Finland. There are several significant reasons emanating from both sides. As a NATO member since 1952, Turkey has the right to veto Sweden and Finland’s request to join NATO, since the NATO treaty requires the approval of every member state for any new membership.

From the Turkish perspective, one can easily see and understand why Turkey opposes the possible membership of the two states. First of all, we have to underline that Turkey does not oppose the eastward enlargement of NATO. Turkey has generally supported NATO’s expansionism. However, after some leading NATO members began to otherize Turkey and remained indifferent to Turkey’s security concerns, Ankara decided to question some NATO moves, such as the enhancement of NATO’s military presence in the Baltic states.

Second, Turkey has greatly suffered from a previous experience when the military government led by late Gen. Kenan Evren accepted the return of Greece to NATO in 1980. It was a completely counter-productive move. Turkey’s acceptance of Greece led Athens to block any pro-Turkish policy in both NATO and the European Union, of which it became a member in 1981. Therefore, Erdoğan clearly explained that “we do not want to be stung again from the same place that we were stung before.” With this statement, he was referring to Greece’s return to NATO in 1980.

The current Turkish government does not want to repeat the same mistake. For Ankara, one of the means to overcome both internal and external pressures is by introducing a referendum on the issue. Ankara may ask the Turkish people whether to accept the membership of these two countries or not.

Third, Turkey will not allow the membership of these two states while they support anti-Turkish actors, including terrorist organizations. The record of Sweden is especially problematic due to its position as a safe haven for anti-Turkish political groups. Both states have been supporting the PKK, the Gülenist Terror Group (FETÖ) and Revolutionary People’s Liberation Front (DHKP-C) militants and allowing them to carry out anti-Turkish activity. In addition, Sweden has been imposing embargos against Turkey, mainly due to Ankara’s opposition to terrorist organizations.

Fourth, the Scandinavian countries were located in a relatively secure region. They are known as militarily secure, politically stable and economically advanced states that do not need to be concerned about their future. Therefore, Sweden and Finland had considered their NATO membership needlessly provocative to Russia and did not attempt to become NATO members. However, with the invasion of Ukraine by Russia, their concern has risen and they have decided to take precautionary measures against the possible Russian expansionism. The Russian invasion of Ukraine has led to a paradigm shift in the security of these two states. Now, they feel compelled to have further security alignments with more powerful states such as the United States and the United Kingdom. In other words, they do not consider the EU as a sufficiently deterrent institution.

Fifth, the Scandinavian countries have been reluctant in burden-sharing with other European countries. This reluctance has led to the creation of a new rift within Europe, the rift between the north and the south. Relatively stable, prosperous and secure Nordic states do/did not want to take any responsibility in the struggle against the global economic crisis or the mounting refugee crisis.

An alliance for all members

All in all, the priorities and expectations of NATO may change over time. However, the new development should not create negative conditions for any member, i.e., Turkey. That is, the priorities or expectations of any institution are expected to serve the interests of its member states. If NATO’s policies begin to create a negative atmosphere for Turkey, Ankara will feel obliged to take necessary measures. Other NATO members should understand Turkey’s concern and position. Ankara has been asking for reasonable negotiations with other member states and it has its own justifications for not allowing the membership bid of Sweden and Finland under the current conditions.

Last but not least, we should not forget that Greece forced Macedonia to change its name to North Macedonia to become a NATO member. Greece has blocked Macedonia for 12 years, from 2008 to 2020, and it has forced Macedonia to accept its conditions, the change of the name of the state. Biased anti-Turkey interpretations will not benefit the NATO alliance, whose existence has been questioned by the continental European countries such as France.

How the Russia-Ukraine War Will Change Turkey-US Relations
Previous

From Turkey to NATO: An unmissable opportunity
Next
Loading...
Loading...
We use cookies to ensure that we give you the best experience on our website. If you continue to use this site we will assume that you are happy with it.Ok