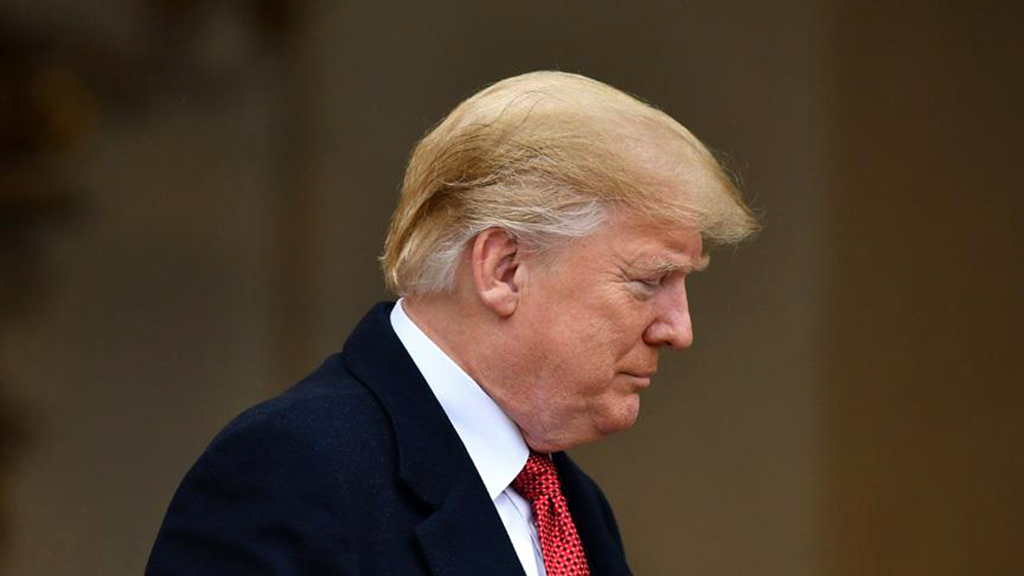 Why Trump is smarter than his critics

U.S. President Donald Trump came under fire for his decision to pull out of Syria. Critics argue that Washington's withdrawal marks a rare and clear victory for Russia, and claim that the United States looked like an unreliable ally by "betraying" the People's Protection Units (YPG), the PKK terrorist organization's Syrian affiliate.

U.S. President Donald Trump came under fire for his decision to pull out of Syria. Critics argue that Washington’s withdrawal marks a rare and clear victory for Russia, and claim that the United States looked like an unreliable ally by “betraying” the People’s Protection Units (YPG), the PKK terrorist organization’s Syrian affiliate. Others warn that Trump’s decision will undermine some of his administration’s key policy objectives, including Iran’s containment and the protection of Israel and Saudi Arabia. Recalling rumors about the reduction of Washington’s military footprint in Afghanistan, they ask whether Iraq is next. Judging by that criticism, it seems that Trump made a misguided strategic decision that will create negative long-term consequences for the Middle East.

I beg to differ. It is true that Trump’s decision represents a significant break with Washington’s Middle East strategy. Yet critics must not rush to the conclusion that the United States has handed the region to Russia and regional powers on a silver platter with a hasty withdrawal. If anything, that decision suggests that Trump is more foresighted than the foreign policy experts criticizing him. After all, pulling out of Syria isn’t just about Washington’s global military presence or the situation in Syria. It reflects a new regional approach that involves reshaping the U.S. policy toward Turkey. In doing so, Trump makes a critical adjustment to the regional balance of power. Recent statements on Halkbank, the sale of Patriot missiles to Turkey and the U.S. withdrawal from northeastern Syria are parts of the same puzzle. A believer in bilateral agreements, Trump could work more closely with Turkish President Recep Tayyip Erdoğan. Hence my long-time contention that leader-to-leader diplomacy could take Turkey-U.S. relations to the next level.

By deciding to withdraw U.S. troops from Syria after consulting with Erdoğan, Trump took a big step toward reconciliation with Turkey. Washington’s reliability as an ally would have been disputed if the White House let the U.S. Central Command’s short-sighted partnership with the YPG ruin its relationship with Turkey, its key NATO ally. That break would have reduced Washington’s partners in Syria to Israel, the Gulf and the YPG, as the main players – Turkey, Russia and Iran – further deepened their cooperation. As such, Trump’s approach serves Washington’s interests. The administration could use the troop withdrawal to its advantage. For example, future developments might fuel tensions between Turkey, Russia, Iran and the Assad regime.

Moreover, the Trump administration could counterbalance the Russian and Iranian influences over the Middle East by coordinating Washington’s withdrawal with the Turkish government. Turkey’s support is crucial to that move. Clearly, the Turks will exercise caution and expect to see concrete results on the ground. It will take some time to restore Ankara’s trust in the United States. Although Turkey will be reluctant to turn its back on strong multidimensional relations in return for promises and minor accomplishments. Nonetheless, Trump can block Russian attempts to drive a wedge between the United States and its NATO ally by working with Turkey again. At the very least, the White House can counterbalance Turkey’s deepening defense and military cooperation with the Russians. Again, Turkey was the missing piece in the Trump administration’s plan to contain Iran’s regional influence, which depended excessively on Israel and the Gulf states. The murder of Jamal Khashoggi and Saudi Arabia’s disastrous war in Yemen alone have shown that Riyadh’s ambitious regional policy came with a heavy price tag for Washington.

Still, it would be unrealistic to expect a quick shift in Turkey’s foreign policy. Iranian President Hassan Rouhani visited the Turkish capital Ankara last week to attend the 5th High Level Cooperation Council meeting. Erdoğan reiterated his opposition to economic sanctions against Tehran and his commitment to strong economic relations between the two countries. Turkey wants to benefit more from bilateral trade with Iran. At the same time, the Turks know all too well that Tehran’s regional ambitions must be contained. Going forward, Iran’s approach to the YPG militants will be critically important. If Tehran uses the Shiite militias to prevent the YPG’s eradication, it will expedite Ankara’s rapprochement with Washington.

By playing an important role in the Trump administration’s decision to withdraw from Syria, President Erdoğan has created new opportunities for Turkey in the Middle East.

Perspective: How Will the U.S. Withdrawal from Syria Change Dynamics of the Conflict?
Previous

The fifth anniversary of defending Turkish democracy against coups
Next
Loading...
Loading...
We use cookies to ensure that we give you the best experience on our website. If you continue to use this site we will assume that you are happy with it.Ok