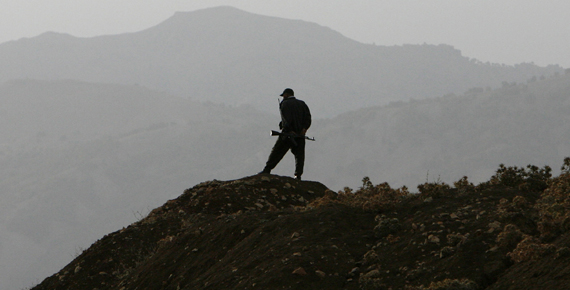 Why Should the PKK Disarm?

Today the PKK has to step up and pay the price for its role as an obstacle along Turkish peoples path to the democratic standards they desire.

One of the simplest ways to understand the seriousness of analyses on the Kurdish issue and the outlawed Kurdistan Workers’ Party (PKK) is to check the soundness of its ties to political reality. In this sense, we could examine the conditions of previous initiatives to form an idea about the new initiative. In 2013, the dynamics that are causally related to the Kurdish issue and the PKK are quite different than they were in 2009.

The resolution process in 2013 has to take place amidst Arab uprisings that have overwhelmed the region. In the process, the political cleavages in our region resulted in two separate tendencies. The tendency to maintain the Middle East’s decade-long status quo and the tendency to transform against each other have raised tensions. The PKK and the Kurdish political movement, naively misinterpreting the political vacuum created by the tension between these two tendencies, took a gravely wrong turn.

When the PKK pulled the trigger for the very first time, it was not because it had to, but because it consciously chose to be in an armed conflict. And today, it must lay down its arms, not because it chooses to do, but because it has to if it wants to become a serious political actor. The PKK has to accept that it has been long purchased, in terms of Turkey’s social sensitivities, politics, economy and foreign policy, as an ordinary factor, an implicit collateral damage, and most importantly a problem that has been managed in one way or another for the last 30 years. In this sense, neither the state nor the Justice and Development Party (AK Party) is who the PKK needs to address directly. The only audience to which the PKK should be accountable is the Turkish people. Ironically, one of the challenges the PKK will have to face in the upcoming process is rebuilding its ties to the Kurdish issue. The only condition for the PKK — which has managed to remain indifferent to the Kurdish issue, Turkey’s democratic consolidation and the transformation in the region, thus turning itself into an anachronistic actor — to be rendered meaningful again is to lay down its arms.

The PKK, whose response to Turkey’s crude implementation of Kemalist principles with no underlying constructive political motive after the 1980 coup d’état was to pick up arms, did not change anything, except to contribute to the strengthening of the military-judiciary tutelage in the most vulgar way. The myth that claims Kurds would not have attained any of their rights had it not been for the PKK, fails to be anything but a cheap imitation of the savior mission the military-judiciary tutelage saw fit for it. On the contrary, the PKK not only became one of the main actors impeding Turkey’s democratic consolidation, but also shifted the Kurdish people’s struggle for rights from a problem that only concerned the elite to a cultural trauma. Today the PKK has to step up and pay the price for its role as an obstacle along Turkish people’s path to the democratic standards they desire. When seen from this perspective, imprisoned PKK leader Abdullah Öcalan is the last chance, not for the government, but for the PKK!

Politics in 2012
Previous
New Egypt Versus the Felool: Struggle for Democracy
Next
Loading...
Loading...
We use cookies to ensure that we give you the best experience on our website. If you continue to use this site we will assume that you are happy with it.Ok