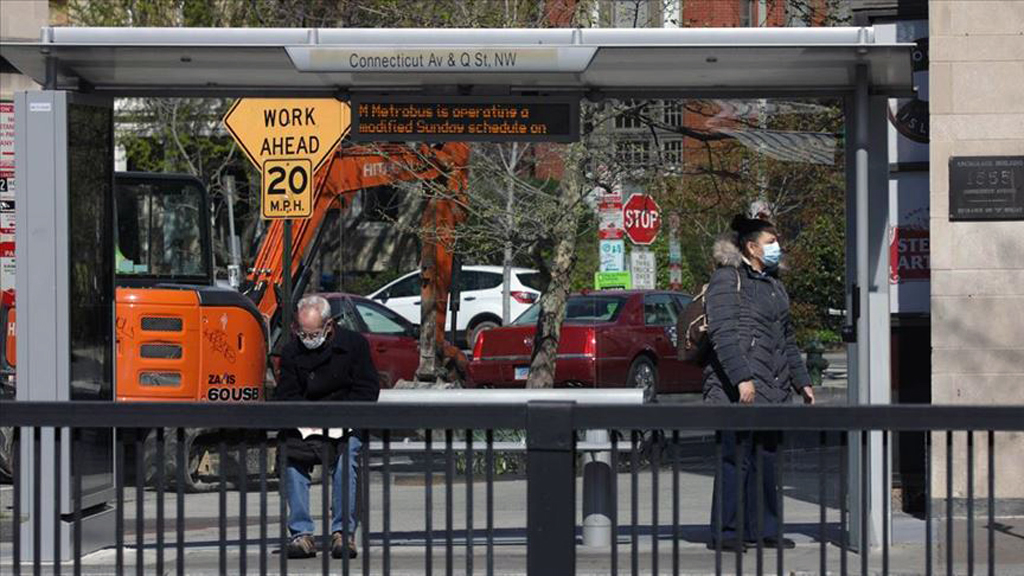 Why is the West easing COVID-19 precautions?

The coronavirus pandemic hasn't just made people obsessed with hand hygiene and social distancing. In fact, we are equally eager to predict how the world will change post-pandemic – hence the wrangling among political leaders regarding the economic crisis that this public health emergency will ensure.

The coronavirus pandemic hasn’t just made people obsessed with hand hygiene and social distancing. In fact, we are equally eager to predict how the world will change post-pandemic – hence the wrangling among political leaders regarding the economic crisis that this public health emergency will ensure.

Although scientists warn against second and third waves of infections, politicians most fear an economic collapse that may trigger fresh instability. U.S. President Donald Trump last week announced that his country, where the crisis is currently claiming almost 5,000 lives per day, was making “critical progress against the virus” and argued that the curve was flattening. Warning that the shutting down of the U.S. economy was unsustainable over the long term, Trump unveiled a three-step plan to ease precautions against the coronavirus.

To be clear, Trump arguably isn’t taking the COVID-19 pandemic seriously enough and is rushing to reopen the country with an eye on this year’s presidential election. Yet the same thing is happening in Europe, starting with Germany, where governments are trying to mitigate the pandemic’s economic impact: German Chancellor Angela Merkel announced that she will gradually ease anti-coronavirus precautions, which have been in place since 21 March. Some businesses will, accordingly, resume operations starting today, and schools will reopen on May 4.

It would seem that national leaders will attempt to fight the coronavirus with a cyclical policy of tightening and easing.

In the meantime, the propaganda war over nations’ response to the COVID-19 pandemic rages on. China remains the world’s most heavily criticized country as that from which the pandemic originated and due to Beijing’s initial failure to alert the international community. There are two lines of criticism: the first relates to China’s goal of becoming a global political heavyweight after the pandemic. Secondly, critics are scrutinizing Beijing’s efforts to sell the world on its “success story” and other public relations activities.

Indeed, the criticism of China has already gone from word to deed. Trump not only accused the World Health Organization (WHO) of being pro-Chinese and failing to properly investigate the pandemic’s origins but also cut Washington’s funding to the body. After the United Kingdom, France has also criticized China’s response. In an interview with the Financial Times, French President Emmanuel Macron said his government was not under the illusion that Beijing had managed the crisis successfully. Plus, with Russian President Vladimir Putin throwing his weight behind China, the coronavirus debate has turned into a battle between democracies and authoritarian regimes.

Yet Macron cannot follow Trump’s example and publicly accuse Beijing. Just last month, the French president hosted Chinese President Xi Jinping and hailed Europe’s partnership with China as an example of multilateralism. To be clear, Macron also attempted to lead the “war” against the coronavirus, only to dig himself into a hole due to France’s dependence on Chinese factories for test kits and surgical masks. In contrast, countries like Germany, which are self-sufficient in those areas, have performed considerably better than France amid the crisis. Since southern European governments count on Chinese investors to find a way out of the economic crisis, Macron wouldn’t dare criticize China more strongly.

Although U.S. strategists have called for a new Marshall Plan, the Trump administration remains unlikely to offer financial assistance to Europe. Viewing the coronavirus pandemic as an opportunity, the French president insists that the European Union is a “political project.” Unless the union’s wealthier members prove willing to foot the bill, however, Macron is unlikely to do more than complain that populists will win in Italy, Spain and France.

Dan Brown, cities and how Turkey is dealing with coronavirus?
Previous

Coronavirus and international organizations
Next
Loading...
Loading...
We use cookies to ensure that we give you the best experience on our website. If you continue to use this site we will assume that you are happy with it.Ok