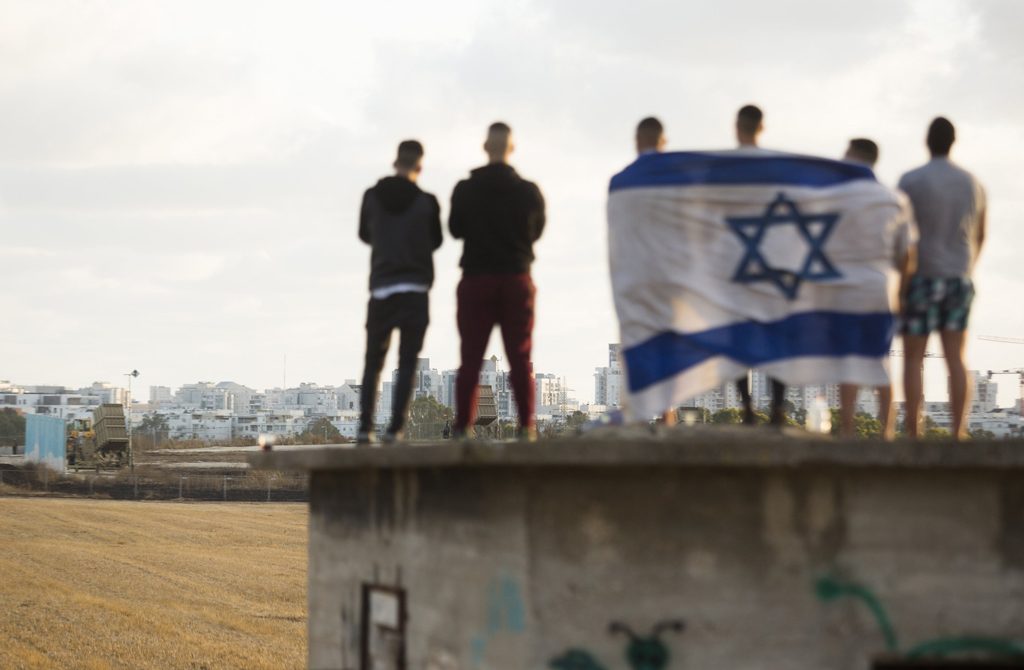 Why fingers point at West when Israel kills civilians

Israel has been keeping millions of Palestinians under prison camp conditions for years and depriving them of their basic rights for the last 15 years. Whenever Palestinian people try to resist Israel's inhumane policies and atrocities, they are severely punished by the Israeli government and condemned by the Western governments.

For the last two decades, Israel has attacked Palestinian people, mostly innocent children and women, during almost every Ramadan, a sacred month for Muslims.

Israel has been keeping millions of Palestinians under prison camp conditions for years and depriving them of their basic rights for the last 15 years.

Whenever Palestinian people try to resist Israel’s inhumane policies and atrocities, they are severely punished by the Israeli government and condemned by the Western governments.

Two weeks ago, the Israeli government tried to forcefully evacuate Palestinians from their homes in occupied East Jerusalem.

Additionally, Israeli forces and illegal settlers attacked Al-Aqsa Mosque, located in the third most sacred city for Islam. Naturally, Palestinian people reacted against these illegitimate moves of the Israeli state.

Later, Israeli forces began to hit the Palestinian cities in the Gaza Strip. It indiscriminately bombed civilian buildings, including one that was used by international media outlets that included The Associated Press (AP) and Al-Jazeera, and killed more than 210 Palestinians, including 58 children.

In today’s column, I will try to mention several significant points regarding the claims of Israel and the positions of international actors.

Since there are no official boundaries of Israel, it is not a legitimate state, but only an artificial political entity.

Despite the introduction of the “nation-state bill” by the Israeli parliament in 2018, which defines the state of Israel as the nation-state of Jewish people wherever they live, Israel is not officially a nation-state. The nationality bill violates the very basis of the territoriality principle of the nation-state.

Second, the problem is not between Israel and Palestinians. The conflict is indeed between the Western global powers and the people of the Middle East.

All Arab and Muslim countries attach great importance to the Palestinian issue, but they cannot change the balance of power on the ground. The reason is that the other side of the crisis does not only comprise the Israeli state.

All Western global powers have been mobilizing resources to Israel in its attacks against regional people and states. This is why all Muslim countries combined cannot overcome the states of Israel.

It is clear to everybody that the main concern of the Western governments is not the security of Israel only but also the protection of the Western interests in the Middle East.

For example, during a speech in the U.S. Senate in 1986, then U.S. Senator Biden confessed the ultimate objective of the U.S., stressing that: “It is about time we stop apologizing for our support for Israel. There is no apology to be made. It is the best $3 million investment we make. If there wasn’t an Israel, the United States of America would have to invent an Israel to protect her interests in the region.”

Third, Western countries have given Israel a blank check to make up for their past anti-Semitic policies and atrocities against Jewish populations, especially during the first half of the 20th century.

They comply with everything that the Israeli governments do, including the violation of basic human rights, crimes against humanity and the apartheid political system.

In other words, most Western governments are hostage to their past crimes against the Jewish people, that is to the Israeli state.

For instance, the Austrian government decided to hoist the Israeli flag in a sign of solidarity with Israel.

Austrian Chancellor Sebastian Kurz, who ironically formed its first coalition government with the far-right and fascist Freedom Party (FPO) in 2017, gives unconditional support to Israel. It seems that Austria is paying the price of the Nazi crimes committed before World War II.

Fourth, the current stable Arab regimes are mostly dependent on the Western global powers and thus on Israel, meaning they cannot pursue an effective anti-Israel policy.

Almost all carriers of the Arab nationalism such as Iraq, Syria, Yemen, Libya, Tunis and most importantly, Egypt are either failed states or were weakened after the Arab Spring.

In other words, most Arab regimes used to instrumentalize the Palestinian-Israeli issue to mobilize domestic support for their regimes. Recently, they began to utilize the crisis to improve their relations with Israel and with Western countries.

The change of image

In conclusion, as long as Western governments keep giving a blank check to Israel, it will continue to attack Palestinians and expand at the expense of the regional countries, such as the occupation and annexation of the Syrian Golan Heights.

However, especially through the use of social media, recently the unconditional policies of Western governments are being challenged by the public.

The more independent the media becomes, the more Westerners will question the policies of their governments.

Therefore, in the near future, Israel’s “victim” image may be replaced by that of the “aggressor.”

Turkish opposition's 2023 calculations
Next
Loading...
Loading...
We use cookies to ensure that we give you the best experience on our website. If you continue to use this site we will assume that you are happy with it.Ok