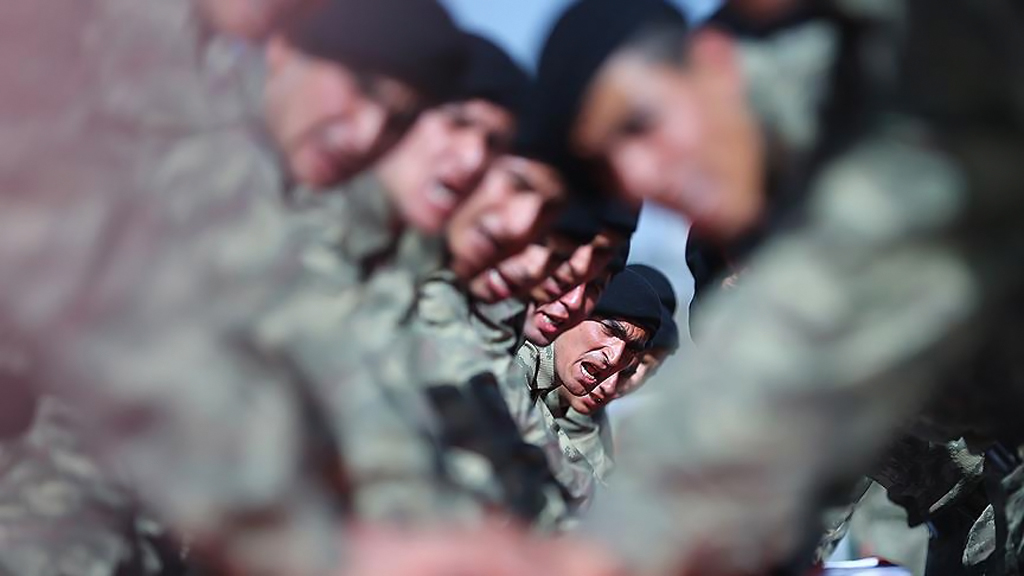 Why do CHP, HDP oppose the Qandil operation?

Operation Decisiveness, Turkey’s ground offensive against the PKK’s stronghold in northern Iraq, is in full swing as the Turkish military continues to advance toward the Qandil mountains.

To be clear, the PKK terrorists know full well what kind of threat they face. They are aware of Turkey’s commitment and capabilities. Having suffered a historic defeat in northern Syria’s Afrin earlier this year, the group is about to get humiliated again in Qandil. Needless to say, Turkey’s Kurds, above all, will breathe a sigh of relief when the country scores a decisive victory against the PKK in northern Iraq.

The Turkish Kurds welcome the fact that the PKK militants are no longer able to operate within Turkey’s borders, but they know that a PKK presence in Qandil still represents a potential threat. By taking the fight to the terrorists, the Turkish government sends a clear message to the country’s Kurdish community: “Never again will the PKK be able to find shelter in this country. Never again will the state stop protecting you from the terrorists.”Turkey’s cross-border counterterrorism operations are directly related to its own security concerns. Over the past decades, the PKK repeatedly mobilized its forces outside Turkey’s borders before carrying out terror attacks on Turkish soil. History teaches us that we cannot relax just because the group has been defeated in Turkey.

At the same time, the PKK presence outside our borders makes the group a convenient partner for foreign governments seeking to undermine Turkey’s national security. This is why the Turkish government is hell-bent on accomplishing its mission in northern Iraq.

Ironically, the Republican People’s Party (CHP) and the Peoples’ Democratic Party (HDP) are deeply concerned about Turkey’s ongoing counterterrorism campaign. It would appear that they seek to undermine the country’s war on terror.

It goes without saying that not too many people are surprised by the HDP’s thinly-veiled unhappiness with Turkey’s crackdown on the PKK terrorists. After all, the HDP leadership takes orders from PKK commanders.

But what about the CHP? Why are CHP politicians so worried about a potential victory against PKK terrorists? It seems that they are unhappy with the Turkish government’s prospects of success in this area – as in all others. Deep down, they understand that there will be no way to “go negative” if Turkey’s current political leadership defeats the terrorists for good.

Blinded by their contempt for President Recep Tayyip Erdoğan, they miss the point that Operation Decisiveness aims to defeat the PKK – an armed terrorist organization that has long been Turkey’s archenemy. In an effort to mock the government, CHP politicians have been making the case that there are no PKK militants left in Qandil.

The false information disseminated by the CHP was refuted by the PKK itself. Earlier this month, a senior leader of the organization told a PKK mouthpiece that “Qandil will be the place of reckoning with the Turkish state,” and added: “We will not withdraw. This is where we will step up the war against the Turkish state.”

Let us recall that the terrorists issued similar threats when Turkey launched Operation Olive Branch in January to liberate the PKK stronghold of Afrin – just before they escaped with their tails between their legs. This time around, things won’t be any different.

But one cannot help but wonder what the CHP politicians, who claim that there are no PKK militants in Qandil, have to say about the PKK’s most recent statement.

Where does Muharrem İnce, the CHP’s presidential candidate who stopped a campaign in Diyarbakır and addressed a group of people asking for the release of HDP candidate Selahattin Demirtaş’s from prison, stand on the Qandil operation?

We still do not know where İnce stands, because he made a Faustian pact with the HDP upon failing to bond with the Kurdish community. Never mind that he publicly held Demirtaş accountable for the killing of dozens of innocent people during a violent uprising on Oct. 6-8, 2014.

The saddest part is that the CHP leadership isn’t just trying to undermine Turkey’s fight against the PKK. At the same time, they are doing everything in their power to water down the crackdown on Gülenist Terror Group (FETÖ), led by Fetullah Gülen – the mastermind of the 2016 coup attempt.

Having called the July 15 coup attempt a “controlled coup” and the state of emergency, which made it possible for the authorities to respond to the FETÖ threat effectively, a “counter-coup,” CHP heavyweights now promise to pardon all FETÖ militants currently in prison. And they are not beating around the bush either.

I understand that politics is complicated. But I just cannot stand it when certain politicians are willing to get into bed with bloody terrorists who put our country and our citizens at risk – all in the name of anti-Erdoğanism.

Trump-Kim agreement: A diplomatic success or a public spectacle?
Previous

Perspective: Understanding Turkey’s Qandil Operation
Next
Loading...
Loading...
We use cookies to ensure that we give you the best experience on our website. If you continue to use this site we will assume that you are happy with it.Ok