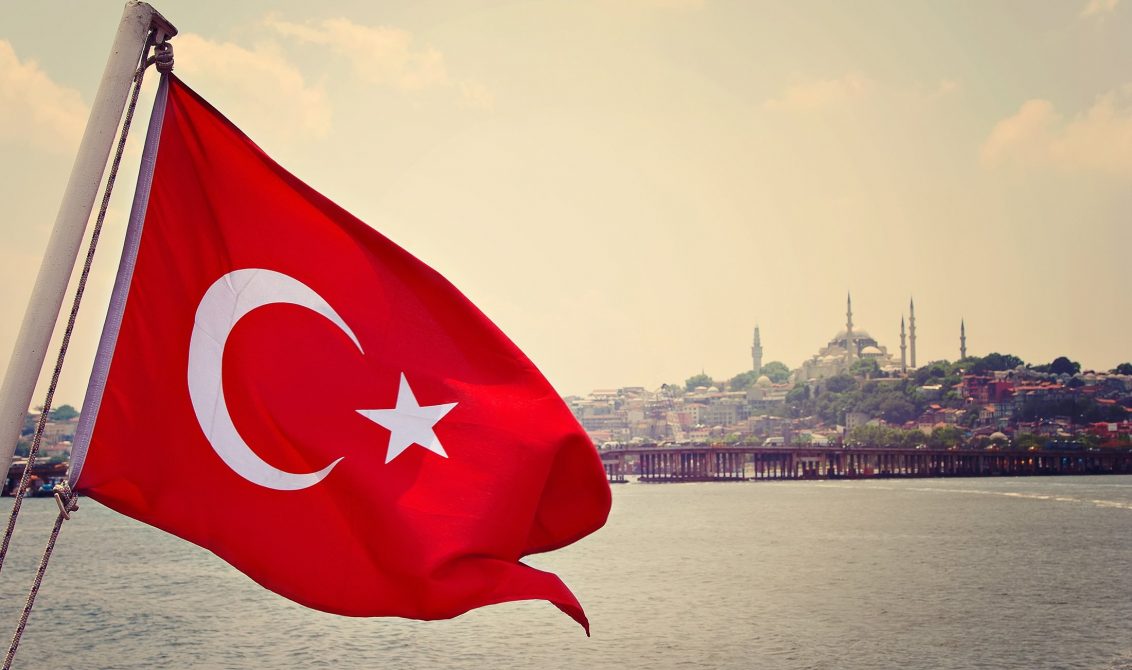 The Turkish flag flaps in the wind in front of the Bosporus and Sultanahmet Camii (Blue Mosque), Istanbul, Turkey. (Shutterstock Photo)

Who is capable of a ‘hard negotiation’ with the West?

Turkey has made great efforts to reach its current position as a strong country, especially under President Erdoğan's government. The country is no longer a docile and passive ally of the West

Who would drive a harder bargain with the West? That question popped up in my mind in light of the main opposition leader’s pledge to “send back Syrians” and the fresh controversy surrounding online media outlets funded by a foundation in the United States.

To find the answer, one must take a quick look at the recent history of Turkish politics. Under successive Justice and Development Party (AK Party) governments, three elements made a permanent impact on the political sphere in Turkey.

Obviously, the economy, undecided voters, young people, the system of government, refugees and the closure case against the Peoples’ Democratic Party (HDP) will be prominent in the 2023 race. Yet those issues, too, will be analyzed with reference to the same three elements:

The challenge of democracy

It was a serious challenge for Turkish democracy to prevail over domestic and foreign guardianship regimes, as the nation’s will was finally reflected in the political arena. President Recep Tayyip Erdoğan’s political career, spanning almost four decades, serves as a summary of that process.

That struggle against coup plotters, shadow states and the “tools” of the great powers transformed Turkish politics irreversibly. There may be attempts to establish domestic and foreign tutelage in the future, but they won’t last due to the Turkish people’s commitment to their independence.

The People’s Alliance uses the phrase “native and national stance” to describe the political arena’s liberation from tutelage. The Republican People’s Party (CHP) attempts to counter that phrase with references to Kuvayi Milliye, or the National Forces during the War of Independence.

It seems unlikely, however, for that movement to back up that language with concrete content, since it underwent a kind of “deliberate eclipsis” on identity and ideology under CHP chairperson Kemal Kılıçdaroğlu’s leadership. Specifically, the main opposition party opts for silence on national security and foreign policy, while failing to end its dependence on HDP in domestic affairs.

Yet Erdoğan’s tenure made its ultimate mark on foreign policy, as Turkey learned the ropes of crisis management and diplomacy. During this period, the country accumulated enough experience to compare the promises made by the United States and the European Union – its “allies” – and their actual policy choices.

The Turkish president worked with four U.S. presidents and countless European leaders, as he transformed Turkey into an effective and ambitious player in the international arena. In doing so, Erdoğan proved his ability and willingness to risk tensions with great powers, engage in risky issues and still be flexible enough to make fresh starts when needed – all for the sake of Turkey’s national interests.

That approach to politics offers insights into Turkey’s actions in Syria, Iraq, Libya, the Eastern Mediterranean, Nagorno-Karabakh, Somalia and Afghanistan. For the record, Turkey’s claim to the agency has nothing to do with nostalgia for the empire or the pursuit of hegemony.

It is simply an inevitable way of coping with threats in our neighborhood. Failure to be present in Libya would have resulted in being trapped on the Gulf of Antalya. Without being part of the equation in Afghanistan, Turkey could not have responded to the problems after the U.S. withdrawal, starting with refugee flows stemming from the country.

During the same period, Turkey gradually distanced itself from its traditional understanding of its “alliance” with the U.S. and the EU, which was likely to create a conflict between Turkey’s national interest and the policy choices of those counterparts with regard to Syria, the PKK, the Gülenist Terror Group (FETÖ), refugees and other questions of security.

In other words, they intended to treat Turkey as anything but a “docile and passive” ally – as Turkey’s pursuit of agency placed at risk their vested interests. In truth, the world has been witnessing a combination of competition and cooperation among the great powers. That’s why Turkey is destined to drive a “hard bargain” with Western governments for the foreseeable future. Hence the West’s treatment of Erdoğan as a tough opponent, with whom dialogue is impossible.

One more thing: The pro-opposition media in Turkey has declared, time and again, the imminent demise of Erdoğan since the Gezi Park revolts in 2013. They are welcome to keep spreading their prophecies, under the guise of analysis, that have been proven wrong after each crisis or election.

Yet all Western democracies, including the U.S., treat media organizations, which receive foreign money, as “foreign-funded media.” At the end of the day, the money they spend to constantly criticize the government does not make them “independent and impartial.” It only aids them in helping foreign governments pursue their own political objectives.

Syrians and CHP: A discussion in Turkey
Previous

Ongoing stalemate in Cyprus only hurts the Turkish side
Next
Loading...
Loading...
We use cookies to ensure that we give you the best experience on our website. If you continue to use this site we will assume that you are happy with it.Ok