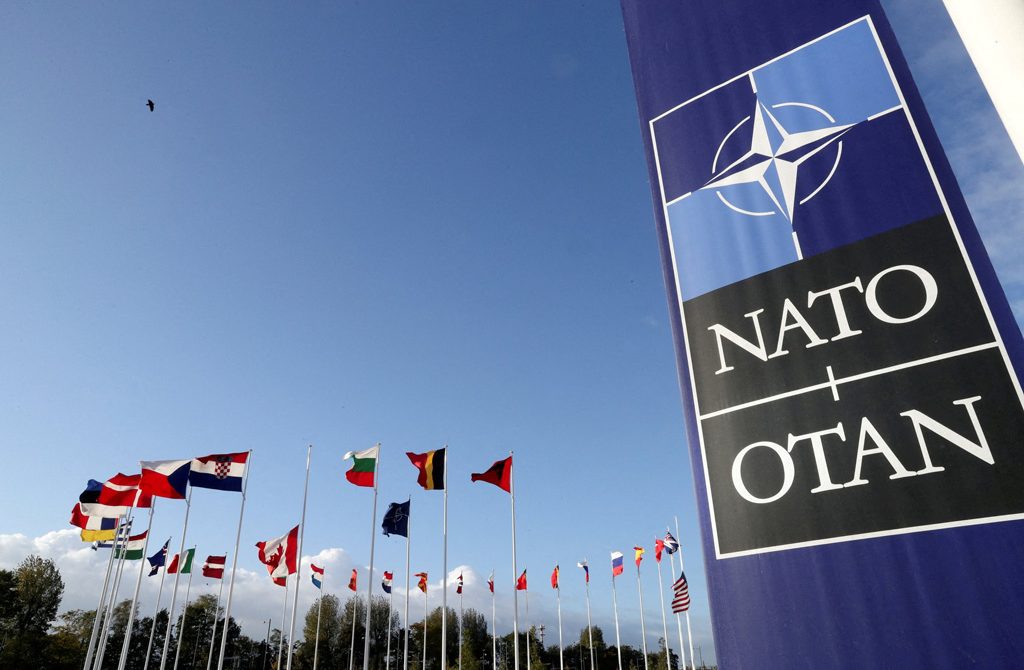 Flags wave outside NATO headquarters ahead of a NATO meeting, in Brussels, Belgium, Oct. 21, 2021. (Reuters Photo)

Which Turkey does the West prefer?

Considering Turkey’s geostrategic location and its military and political power, Western countries need to calculate the cost of alienating Ankara

Turkey has been one of the most strategic and powerful allies of the Western world since the early 1950s. Trying to integrate with the Western world since then, the country has aimed to become a member of all relevant Western international organizations, including, and especially, the NATO alliance. This Western-oriented Turkish perspective did not change throughout the Cold War, and Western countries have always appreciated Turkey’s role.

However, with the collapse of the Soviet Union, Turkey’s Western perspective dramatically changed. Western countries began to undermine Turkey’s strategic importance, which led to a policy crisis and quest for change in Ankara. After the 9/11 terrorist attacks against the political, economic and military symbols of the U.S., the West returned to Turkey, which contributed to the struggle against international terrorism. Turkey sent military troops to support the NATO-led missions in Afghanistan, namely the International Security Force Mission (ISAF) and the Resolute Support Mission (RSM).

The Arab Spring changed the regional dynamics, which led to divergences between the Western countries and Turkey. Their policies, objectives and expectations began to clash. The more they conflicted with one another, the more the Western countries otherized Turkey. After its Western allies otherized it and remained indifferent to its security concerns, Ankara began to take the necessary measures. On the one hand, it began to invest more and more in the defense industry and produce strategic weapons, not only to deter internal and external threats directed against Turkey but also to rise as a game-changer in its region by supplying weapons to friendly governments. On the other hand, Turkey turned to other sources such as Russia to purchase defense systems needed for the defense of its territorial integrity. Eventually, still adhering to the NATO alliance, Turkey began to pursue a more independent policy.

After the eruption of the Ukrainian-Russian war, Western countries, both their governments and public opinions, have begun to remember that Turkey is still a valuable NATO member. Turkey’s arms deal with Ukraine and the effective use of Turkish drones against Russian targets, in particular, were greatly appreciated by the Western public opinion. However, the new reshuffle in Eastern Europe did not cause a dramatic change in the Western misperception of Turkey, mainly due to their paradoxical policies on certain issues and hesitant policies on others.

With no end in sight for the conflict and the Russian war machine continuing to strike at Ukraine, the Russian government’s aggression continues to escalate – and the more aggressive Russia is, the more alarmed the Western countries are. In the end, two alarmed countries, namely Sweden and Finland, have decided to join the NATO alliance. As the most antagonistic states against the Russian aggression, the U.S. and the United Kingdom have tried to make a swift decision and make Sweden and Finland members of NATO, which requires a unanimous decision by all member states. As a NATO member, Turkey has voiced its concerns against the membership of these two countries, claiming that they have been supporting anti-Turkey terrorist organizations. Accordingly, Turkish officials stated that as long as the two states continue to support anti-Turkey terrorist organizations, Turkey will not hesitate to veto their membership bid.

Suddenly, governments and public opinions of almost all Western countries have begun to discuss Turkey’s objection against the membership of Stockholm and Helsinki. Even though Turkish officials, including President Recep Tayyip Erdoğan, have declared that Turkey is not against the NATO enlargement in principle, most people have been criticizing Turkey for its policy, claiming that it harms the alliance. Erdoğan addressed this claim after the weekly Cabinet meeting by saying: “Our approach to NATO enlargement stems not from bigotry or hostility, but from our principled stance in our fight against terrorism. We have explained to all of our interlocutors Turkey’s approach to NATO’s enlargement with an emphasis on the fight against terrorism and the importance we lend to the alliance.” Erdoğan has called on not only the candidate states but NATO members to not “walk hand in hand with terrorist organizations.”

Still, the West blames Turkey for its objections to the membership bid of the two countries by maintaining their traditional hierarchical perspective toward Turkey. The Western countries want a “helpful Turkey” and a country that contributes to the security of the West. They have asked Turkey to deter and prevent any threat directed against the West. However, they offer nothing in return, as they used to offer throughout the Cold War. They generally remain indifferent to Turkey’s security concerns. For instance, they claim that they have been supporting the YPG, the Syrian offshoot of the PKK terrorist organization, due to its role in the struggle against Daesh, which is a bigger threat to Turkey rather than the Western countries.

In other words, although Turkey has been targeted by different terrorist organizations, including Daesh, more than any Western country, the West uses the struggle against terrorism as an excuse for its anti-Turkey policies. It still remains indifferent to Turkey’s security concerns, and naturally, this causes a loss of trust on the Turkish side. It does not want a strong and independent Turkey capable of resisting external threats. Western states, which do not have an alliance relationship based on the principle of reciprocity, have been trying to keep Ankara dependent on the West.

Considering Turkey’s geostrategic location and its military and political power, the West has to calculate the alternative cost of alienating Turkey. The longer it alienates Ankara politically and militarily, it is the more likely the NATO alliance will lose its relevancy, not only for Turkey but also for many European countries. Sooner or later continental European states such as France and Germany will question the hawkish and conflictual policies toward Russia. Rising economic and political problems, together with the rise of tension and rivalry among the global powers will undermine cooperative multilateral policies. That is, the more the states follow realpolitik and unilateral foreign policies, the more they will diverge on regional and global issues.

NATO, terrorism, Turkey: Who should persuade whom?
Previous

Experts mull shifting int'l order at Turkiye-Africa Media Summit
Next
Loading...
Loading...
We use cookies to ensure that we give you the best experience on our website. If you continue to use this site we will assume that you are happy with it.Ok