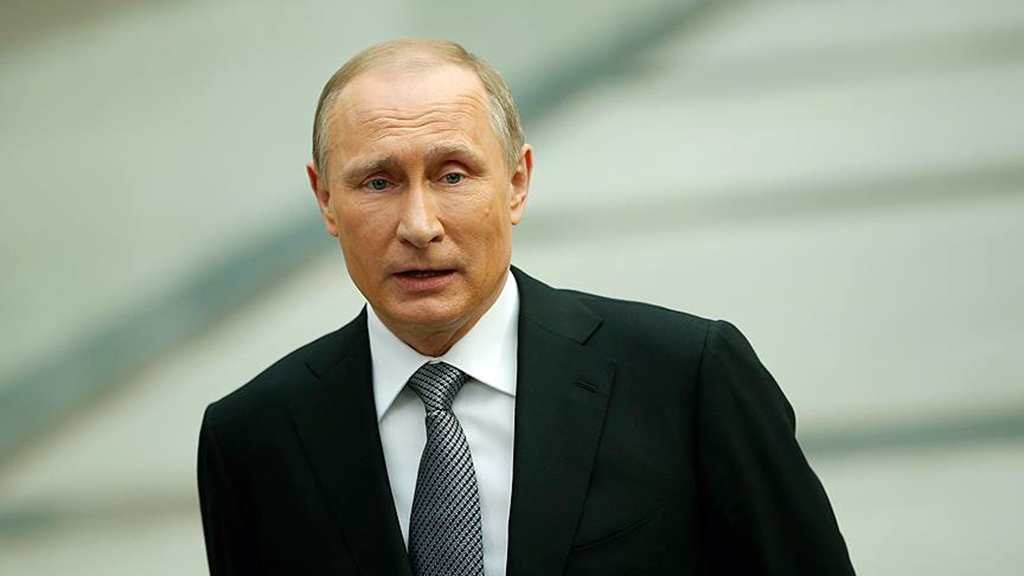 Where does Putin stand on the Syria safe zone?

U.S. President Donald Trump’s proposal to create a safe zone in northern Syria continues to make headlines. Journalists and analysts have been debating who will keep the 20-mile area safe and from whom. Some U.S. media outlets claim that Washington has an obligation to protect the People’s Protection Units (YPG), the terrorist organization PKK’s Syrian affiliate, from Turkey.

Opponents of the U.S. withdrawal act like they stumbled on an opportunity to shelter the YPG militants. They cite a recent Daesh attack in Manbij, which killed four U.S. servicemen, as proof that the terrorist group is alive and well. Yet, Trump is unlikely to change his mind due to that assault. Inevitably, the Manbij attack reminds observers of the YPG’s threat of releasing the thousands of Daesh terrorists in their custody.

Turkish media, in contrast, is concerned that Syria will follow in Iraq’s footsteps to set up an autonomous region along its border with Turkey. That concern is fueled by the U.S. bureaucracy’s unwillingness to lay the groundwork for Trump’s plan, and the fresh memories of what Washington did in northern Iraq back in the day.

For the Turks, everything is crystal clear. President Recep Tayyip Erdoğan said recently that Turkey was going to control the proposed safe zone. Ankara won’t settle for an internationally enforced safe zone designed to safeguard YPG militants. After all, why else would the Turks sign off on a post-American plan that they rejected when U.S. troops were on the ground? No international force can secure an area that the United States vacated.

The question that needs answering now is what kind of plan Turkey and the U.S. will hatch over the next weeks and where Russia will stand on it. Turks want to form a consensus by simultaneously talking to both great powers. In this sense, Erdogan’s upcoming meeting with Russian President Vladimir Putin will set the tone for future talks. Without a doubt, some circles in Washington are busy coming up with ideas to stop Trump from cooperating with Turkey and to prevent Ankara from taking charge of the safe zone.

If Trump stands his ground, however, the bureaucracy will have to do its job. When the time comes, U.S. policymakers could benefit from going back to Erdogan’s op-ed essay for The New York Times, in which he promised to create local councils controlled by Arabs and Kurds in predominantly Arab and Kurdish areas, respectively. To address Turkey’s security concerns, the safe zone must be clear of all YPG militants. The fate of the Syrian Democratic Forces’ combatants outside the terror-free zone could be subject to additional negotiations. Turkey’s immediate priority is to secure its border with Syria to the east of the Euphrates River and Manbij to create the necessary conditions for the return of Syrian refugees to their native country.

Moscow’s take on the proposed safe zone remains a mystery. Russian Foreign Minister Sergey Lavrov was the first Russian official to react to Trump’s plan and called on the United States to surrender all relevant areas to the Bashar Assad regime. He also urged the YPG to reach an agreement with Damascus to return to life under a single Syrian government and no foreign intervention.

Yet, there is no reason to believe that Russia opposes a Turkish-controlled safe zone in northern Syria. Lavrov’s remarks reflect the Russian approach to diplomatic negotiations – negotiating down rather than up. My sense is that Putin won’t oppose the creation of a safe zone that would address Turkey’s national security concerns. Instead, he will want to engage in more comprehensive negotiations, including in Idlib.

Here’s why: Putin knows that all plans that fall short of meeting Turkey’s expectations are doomed to fail in Syria. It would make no sense for Moscow to lose its partner in the Astana process over the YPG. Moreover, the leader-to-leader diplomacy between Putin and Erdogan facilitated Turkish-Russian rapprochement. A disagreement over Syria could endanger Russian plans in the Middle East, the Black Sea, the eastern Mediterranean and Europe. Let us recall that Putin, in his New Year’s message to Erdoğan, stressed the importance of mutually beneficial relations to promote peace, security and stability in Eurasia.

Some ambivalences in Turkish-US relations
Previous

The basic dimensions of AK Party's local election campaign
Next
Loading...
Loading...
We use cookies to ensure that we give you the best experience on our website. If you continue to use this site we will assume that you are happy with it.Ok