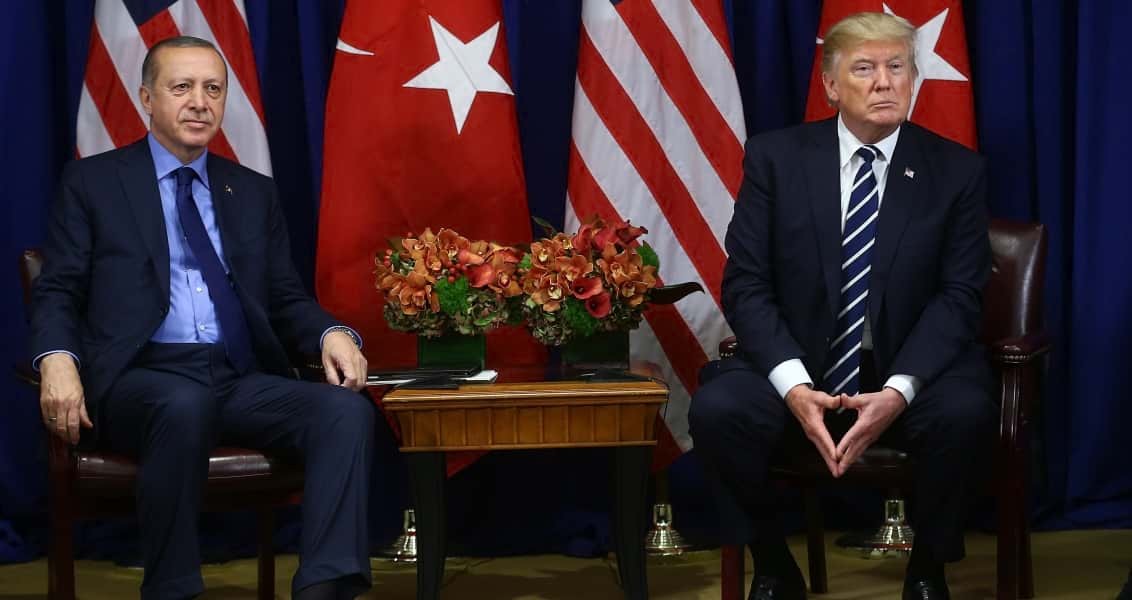 Where are We in Turkish-U.S. Relations?

Clearly, Turkish-U.S. relations are going through a rough patch. What is not yet clear is whether the current situation should be evaluated as a structural crisis or conjectural tension.

The source of the tension is clear. The two countries have mutually suspended applications for new visas. Turkey is of the belief that U.S. ambassador in Ankara John Bass is behind this crisis. It is very obvious that Bass’ steps ensured a fait accompli for the White House. In any case, the visa tension between the two countries is the true source of the stress.

On the other hand, what lies in the background of this tension is very clear for Ankara. The attempted coup on July 15, 2016, was a paradigm-changing development for Turkey. Turkish administrators think this attempted coup was not simply carried out by local elements, but also supported by outside actors, and not just supported, but directed by them, as well. In this sense, the Turkish judiciary is expected to conduct every kind of investigation and relies on its allies – the U.S. in particular – to aid it in this sense. However, the U.S. continues to keep and protect the main architect of the July 15 attempted coup, Fetullah Gulen. Additionally, Ankara regards the U.S. arming of the People’s Protection Units (YPG), the PKK terrorist organization’s affiliate in Syria, with heavy weaponry as a threat to its own national security.

Additionally, the U.S. is problematizing the arrest of one of its citizens and a Turkish citizen working at the U.S. Consulate. The American media has even referred to them as hostages.

Now, I have come to why I refer to this as structural tension. In the aftermath of World War II, Turkish-American relations were shaped by a world order formed by the U.S., of which Turkey was subject to. A situation resembling one-sided dependency was created. Turkey’s administrative elite led the country in a way that was in line with American discourse of development and modernization. With the exception of the Cyprus crisis in 1964, Turkey’s foreign policy was shaped within the borders drawn by the U.S. Turkey’s relations with the Middle East, Europe, the Caucus and the Balkans were formed parallel to U.S. interests. Three important factors of the Westernization paradigm at the end of the Ottoman era effected the development of this situation. The first was an economy based on outside sources, the second, a fear of Russia and the third, the presence of Western pro-American administrative elites. These three elements resulted in Turkey entering the U.S.’s orbit after 1945.

After the 2000s, Turkey experienced a serious transformation in the political, economic, social and cultural arena. While benefitting from all of the opportunities of the globalization process, it also embarked on a search for developing its independent policies in the arenas of economy, security and foreign policy. The Justice and Development Party (AK Party) and its chairman, President Recep Tayyip Erdoğan, began this process, which destroyed the three columns on which the paradigm of Westernization had risen. The country’s administrators thought they were rid of a dependent economy after paying off its International Monetary Fund (IMF) debt. They embarked on intense commercial relations with Russia after 2000. The bilateral commercial relations first allowed for partnerships in energy, which then led to partnerships in the security sector. Undoubtedly, another important development in post-2000 Turkey was the transformation of the political elite. Westernization lost its place as the distinguishing factor of Turkey’s political elite. In its stead, the political elite who said that equal relations should be established with the West began to take on active roles in the management of the country. This was not just a political or ideological transformation period; it was a social and economic undertow that found a place for itself in the political arena.

This situation, which was achieved in the 2000s, eventually became a cause for tension after 2010. Turkey began to become the focus of critics. The start of the Arab revolts and Turkey being presented as a model by the protestors was the final straw. There were simultaneous interventions in Turkey and Egypt. In essence, the meanings behind Turkey’s Gezi Park protests and the coup in Egypt are the same. The failure of Gezi to bring about administrative change did not work, prompting other interventions. This actually resulted in a low-intensity war with Turkey focused on bringing down Erdoğan. Former U.S. President Barak Obama’s administration heavily supported this war.

There are many actors in the U.S. today who think that the Turkey problem can be resolved if only Erdoğan were forced out of power. These actors assume that they can establish a relationship with Turkey similar to the one after 1945. However, the political and economic changes that have occurred in Turkey are social transformations that came about after being well-digested. It was a transformation that occurred bottom-up, not top-down. To be succinct, Turkey’s sociopolitical reality will never again accept one-sided dependence on the U.S.

What May Come After The Catalan Independence Referendum?
Previous

Trying to Discipline Erdoğan, U.S. Could Lose Turkey
Next
Loading...
Loading...
We use cookies to ensure that we give you the best experience on our website. If you continue to use this site we will assume that you are happy with it.Ok