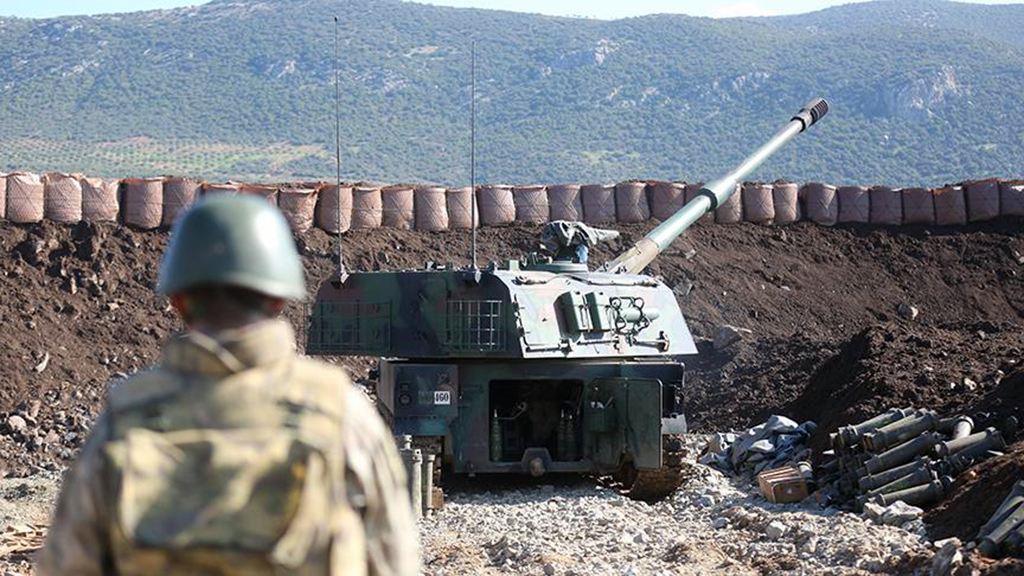 What the safe zone plan in northeastern Syria means

Many controversies and debates took place after U.S. President Donald Trump declared his decision to withdraw American troops from Syria.

Many controversies and debates took place after U.S. President Donald Trump declared his decision to withdraw American troops from Syria. Despite the criticisms in Washington D.C., Trump’s decision was received very positively in Turkey since this would mean the end of American military support to Syrian Democratic Forces (SDF), a group dominated by the outlawed PKK’s Syria branch, the People’s Protection Units (YPG).

Turkey considers the U.S. alliance with the YPG as a fundamental threat to its national security and territorial integrity. A coordinated withdrawal of American troops may also facilitate the political settlement in Syria. Turkey is cautiously optimistic about the American troops’ withdrawal from Syria but the shape of the post-withdrawal situation is not clear yet.

The main question is how the American troops will withdraw and how the vacuum will be filled. The only option on the table, for the time being, is the establishment of 20 mile deep safe zone along the south of the Turkish border. Such a safe zone will clear all the terrorist elements, especially the YPG, from Turkey’s border and may create a humanitarian corridor to protect civilians.

There is no common understanding of the nature of a safe zone between Turkey, the U.S., Russia and the other actors that are interested in Syria. In his televised interview, Turkey’s Vice President Fuat Oktay outlined Turkey’s understanding of the safe zone. Oktay said “When we say safe zone we are referring to a region under Turkey’s control. Otherwise, it would not mean a safe zone for Turkey,” The recent diplomatic maneuvers between the leaders of Turkey, Russia and the U.S. try to outline the shape of the post-withdrawal order in northeastern Syria.

Russian Foreign Minister Sergey Lavrov said that “We are convinced that the best and only solution is the transfer of these territories under the control of the Syrian government, and of Syrian security forces and administrative structures.” Such a scenario is unacceptable for Turkey because that would fail to address the fundamental concerns of Turkey.

President Recep Tayyip Erdoğan’s recent Moscow visit and his meeting with the Russian President Vladimir Putin was important for coordinating the Russian side of the equation. There are certain elements of disagreement between two countries but they do not want to risk their cooperation in Syria which led to the stabilization of the civil war in the last two years.

Russian President Vladimir Putin mentioned a framework of a deal between Turkey and the Syrian regime but such a deal is premature and unrealistic due to the lack of trust between the two actors. Such a move may also jeopardize Turkey’s constructive relations with the moderate Syrian opposition. Turkish and Russian leaders are working together to narrow their differences but a definitive deal is still on the horizon.

President Erdoğan and the Turkish authorities are also working closely with their U.S. counterparts to prevent any unexpected crisis after the withdrawal of American troops. For the U.S. side, the extension of Iran or the regime in the northeastern part of Syria is unacceptable.

If the regime fills the vacuum after the American withdrawal it may also mean Iranian penetration as well. The Iranian presence may also risk the American interests in Iraq and shift the balance of power in Iraq further in favor of Iran. The Turkish troop presence in northeastern Syria may prevent the regime’s or Iran’s penetration until a political settlement is reached in Syria. The two leaders are also trying to turn this change into a positive momentum in Turkish-American relations that were damaged in the last couple of years. Due to the sensitive nature of the problem, diplomatic moves in the Turkish-American and the Turkish-Russian sides are coordinated at the level of leaders.

Turkey has two major priorities with regard to Syria and expects its counterparts including Russia and the U.S. to respect these priorities when negotiating the shape of the safe zone. The first priority is to push all terrorist elements, especially the YPG out of its border areas with Syria.

The difficulty for Turkey is to push the YPG out of eastern Syria and secure a safe zone with its military presence at the same time satisfying the expectations of both Russia and the U.S. Maintaining close diplomatic ties and trust relationships between the leaders of the three countries is crucial for accomplishing all these tasks. Any solution in the safe zone deal will be gradual and contingent on many factors. The Syrian regime will also try to spoil a deal by instigating trouble by using some local actors including the YPG or former YPG elements.

What is happening in Venezuela?
Previous