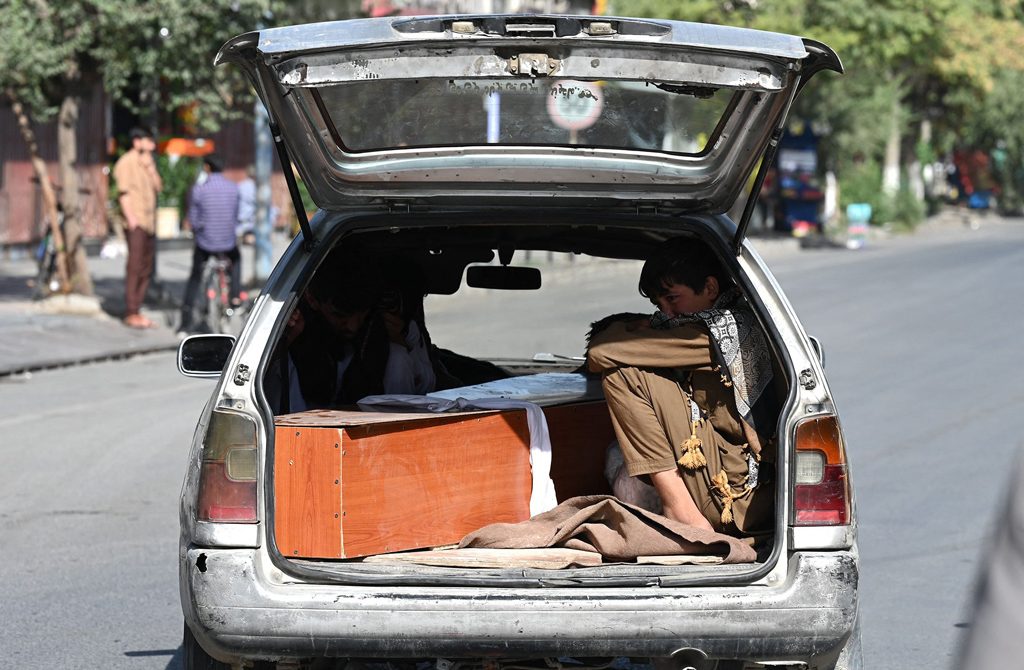 What the Daesh attack means for Afghanistan’s future

Daesh attack highlights the multitude of challenges that the Taliban face in Afghanistan. Forming a new government, which would include members of the old administration and local groups, may not be the hardest part after all.

Daesh-Khorasan Province, or Daesh-K, carried out a bloody attack near Kabul Hamid Karzai International Airport in the Afghan capital as predicted by the intelligence community. That assessment was the reason evacuations had been surrounded by anxiety. That suicide bombing, which claimed the lives of American soldiers, members of the Taliban and civilians, suggests that the road ahead is full of challenges. It also goes to show that a minimum level of public safety, not to mention political stability, may be difficult to attain.

Of course, the current situation demonstrates the severity of the repercussions of United States President Joe Biden’s flawed withdrawal from Afghanistan. While the Republicans criticize Biden’s decisions, the White House concentrates on retaliation and remains committed to retreat. Biden is also ignoring the criticism from his country’s European allies, who are calling for responsible conduct. Indeed, he argues that the latest attack proved he was right to leave Afghanistan, and he has called for the completion of the evacuation without delay.

Let’s make one thing clear: The story of the U.S. involvement in Afghanistan is full of failures. The occupation itself was a mistake, the 20-year reconstruction effort was futile and Washington’s departure was plagued by problems.

Daesh has already showcased its ability to spread terror in Afghanistan by attacking American soldiers during the evacuation. That attack was a message to the U.S. as well as the Taliban. Al-Qaida, which is not directly opposed to the Taliban, will probably operate more easily against the backdrop of Daesh terrorism. At this point, even the U.S. argument that American troops were in Afghanistan to combat terrorism, as opposed to nation-building, has been undermined.

Last week’s Daesh attack highlights the multitude of challenges that the Taliban face in Afghanistan. Forming a new government, which would include members of the old administration and local groups, may not be the hardest part after all. For the Taliban, the top priority seems to be stopping radical groups, which exploit their challenges in governing the country, from clustering around Daesh. If Daesh continues to carry out bloody attacks, the world’s attention may shift from the Taliban’s heavy-handed approach to public administration to Afghanistan’s terrorism problem. Alternatively, the Taliban may use Daesh as an excuse to adopt an exclusionist, harsh approach – which, obviously, would be a temporary solution.

Sooner or later, the Taliban will have to engage in diplomacy with the great powers. The movement is also compelled to work with Pakistan and Qatar. Another point that the latest Daesh attack highlighted is that Afghanistan could suffer a great humanitarian tragedy in a situation where even the Taliban cannot seem to restore security and stability.

The attack on Kabul’s international airport showed the importance of the timing of the Turkish military’s evacuation. Although the Taliban asked Turkey for help running the airport, the terror threat makes the management of that facility highly risky. Indeed, President Recep Tayyip Erdoğan stressed that point at a press conference ahead of his flight to Bosnia-Herzegovina.

At this time, the Turkish government is still mulling over the Taliban’s request. It remains to be seen whether that group can provide an adequate level of security without help. What we witness today is a highly dynamic process. As such, it would not be surprising if the new Afghan government were to ask Turkey for assistance ensuring the airport’s safety.

Having evacuated its service people from Kabul, Ankara finds itself in a situation where it can make decisions in line with its own interests under the new circumstances. At the end of the day, Turkey will look for a safe way to assist the people of Afghanistan but fighting terrorism is not likely to be part of that mission.

Report: Greece’s Unlikely Compellence | Air Force Modernization & Diplomatic Assertiveness
Next
Loading...
Loading...
We use cookies to ensure that we give you the best experience on our website. If you continue to use this site we will assume that you are happy with it.Ok