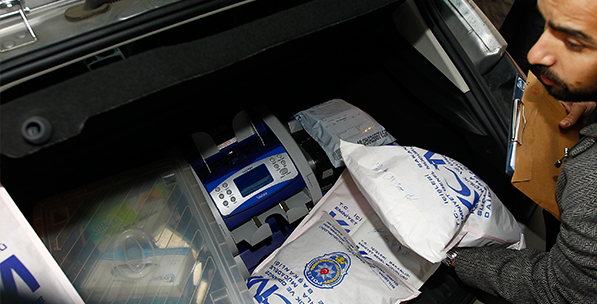 What Is the Gülenist Parallel State?

The Gülenist parallel state began to operate with help from affiliated members of law enforcement, public prosecutors and judges, the covert organization gained access to all levels of government.

Close observers of Turkish politics had repeatedly heard the term “deep state” in the 1990s, which marked one of the most destructive decades in the nation’s history. The heavy toll of the 1980 military coup became visible in the mid-1980s and peaked around Feb. 28, 1997 when the Armed Forces perpetrated the so-called postmodern coup to overthrow the country’s democratically elected government and committed serious human rights violations. Tens of thousands of people lost their lives during this tumultuous period. What followed was the tutelage regime’s political and economic bankruptcy in the early 2000s and early parliamentary elections on Nov. 3, 2002, when the Justice and Development Party (AK Party) opened a new chapter by forming the first single-party government since the 1980s.

The deep state, however, was not merely a feature of the military-judiciary tutelage regime in the 1990s. In this particular context, the concept did not refer to a multitude of groups that naturally emerge within the state, but certain cliques that sought to actively and directly interfere in government policy to establish their tutelage over elected officials. In the 1990s, the deep state operated through the proxy of Cold War era actors and therefore relied heavily on Operation Gladio-style organizations, unsolved murders and assassinations.

Nowadays, the term “parallel state” refers to the deep state organization that operates within the bureaucracy. While the deep state was traditionally organized in the military and law enforcement to cooperate with paramilitary forces, the contemporary parallel state effectively upgraded its operations and expanded into the police, intelligence and the judiciary. Back in the 1990s, the deep state did not necessitate judicial power, since the courts voluntarily turned a blind eye to murders among other criminal activities. The rapid democratization of the post-2002 period, however, rendered the bloody deep state unable to operate and left the contemporary parallel state no choice but to replace violent assaults with judicial operations.

The Gülen Movement has since assumed leadership of the deep state and consolidated its power, which it had been slowly building within law enforcement and the judiciary since the early 1980s.

The movement’s operational power, however, peaked during the Erdoğan administration’s struggle against the guardianship regime, when civilians targeted deep state operatives within the Armed Forces. During this period, Gülenist operatives in law enforcement and the judiciary seized the opportunity to replace the deep state with their own parallel state.

Once the Gülenist parallel state began to operate with help from affiliated members of law enforcement, public prosecutors and judges, the covert organization gained access to all levels of government. Their potential for growth reached new heights when the Erdoğan administration prevented the military from interfering with the 2007 presidential election. Similarly, the Gülen Movement accumulated significant power during the Ergenekon trials, where the military tutelage regime was brought to justice. Later, the Gülenists turned against the PKK’s urban-based operatives as part of the Kurdistan Communities’ Union (KCK) trials – which, it turned out, had little to do with the PKK after all. The Gülenist agenda became clear when the movement’s operatives attempted to arrest Hakan Fidan, the head of the National Intelligence Agency (MİT), over his alleged involvement with the KCK organization.

The government’s subsequent moves to address the Gülenist parallel state received a strong response from law enforcement and the judiciary in the form of the Dec. 17 operation, when dozens of seemingly unrelated case files served as the pretext of various arrests and raised doubts about an attempt to overthrow the government. Just a week later, on December 25, the next move directly targeted the prime minister and engaged in an open coup attempt. The Gülen

Electing A President And A Political System
Previous

Erdogan Wrapped Up in Modern Turkey's Destiny
Next
Loading...
Loading...
We use cookies to ensure that we give you the best experience on our website. If you continue to use this site we will assume that you are happy with it.Ok