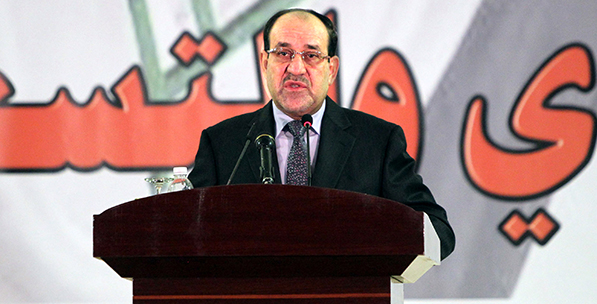 What is next for ISIS and Maliki?

It will again depend on the Maliki administration to turn this situation to its advantage. Changing track and following a more inclusive policy and an attempt to win hearts and minds of people in Iraq will be his best chance to stay in power.

After its capture of Mosul and some other towns in Northern Iraq and since it began to march toward Baghdad, speculation has been rife regarding the Islamic State of Iraq and al-Sham (ISIS) and its future in the region. Regardless of what will happen after this point, ISIS has changed many forecasts in the Middle East. But it is also important to understand that ISIS also has significant weaknesses that need to be taken into consideration before making any projection. First of all, the strategies of organizations such as ISIS are similar to that of riding bicycles. The moment that it stops, it will fall down. Because of that, the main tool of survival is becoming an extension of the areas under its control. Under these circumstances it is not sustainable for an organization like ISIS to continue to grow infinitely. After these initial shockwaves, ISIS may find it hard to continue this process indefinitely because growing as an organization may force the ISIS leadership to make hard choices.

Although through its surprise and coordinated attack on Mosul ISIS captured the second-largest city in Iraq, and although ISIS has some members with significant experience in asymmetric warfare, it nevertheless has limited resources and manpower on the ground. Especially the extent of geography under the control of ISIS has caused the organization to stretch thin in the region in terms of force. The tribal support for the organization and the contributions of some former Baath members are significant in terms of local support but it is not clear how long the coalition between these different forces will survive. The brutal methods and strict rules that were adopted in the areas under the control of ISIS demonstrate that in the long run this coalition may shatter due to the protests of local people to this type of governing. Even those who considered ISIS a savior under sectarian tension may halt their support for the organization. So controlling the areas under its control may be harder than the capturing them.

Secondly, although ISIS seems to gain swift military victories in the region against Iraqi security forces, the elite units of the ISF that have been based around Baghdad have not been fully mobilized. ISIS may have hard time challenging the power and impact of these better trained groups. Furthermore, the recent fatwa of Ayatollah Sistani and increasing number of volunteers in Southern Iraq may endanger the gains of ISIS in the north. If the Shia militias, including the forces of Muqtada al-Sadr, start to play an increasing role in the conflict, through their experience in unconventional warfare, the situation may become more difficult to handle for ISIS. In fact, in the event of such a confrontation between two groups, Iraq may face a very bloody transition.

The third challenge to ISIS regards its very goal of changing borders in the Middle East and forming a state in the middle of it. Neither Iraqis nor Middle Eastern actors are ready to face such a dramatic transformation in the region. Although such a proposition motivates Kurdish groups in Northern Iraq for a possible state of their own, it is too early to talk about such repercussions today. It is a well-known fact that especially social and economic boundaries are becoming increasingly irrelevant in this region. However, political boundaries may be stickier than we think and may resist any form of modification attempt. Furthermore such a discussion may also be perceived as a threat for other regional actors whose boundaries are also drawn in the same period.

Under these circumstances ISIS may face difficulties garnering local support and recruiting more people internationally. However, it will again depend on the Maliki administration to turn this situation to its advantage. Changing track and following a more inclusive policy and an attempt to win hearts and minds of people in Iraq will be his best chance to stay in power. Otherwise he will either become the sectarian and corrupt leader of a failed sta

The Rise Of ISIL: A New Era in the Middle East
Previous

Ekmeleddin İhsanoğlu : The Involuntary Frontman of a Half-Hearted Alliance
Next
Loading...
Loading...
We use cookies to ensure that we give you the best experience on our website. If you continue to use this site we will assume that you are happy with it.Ok