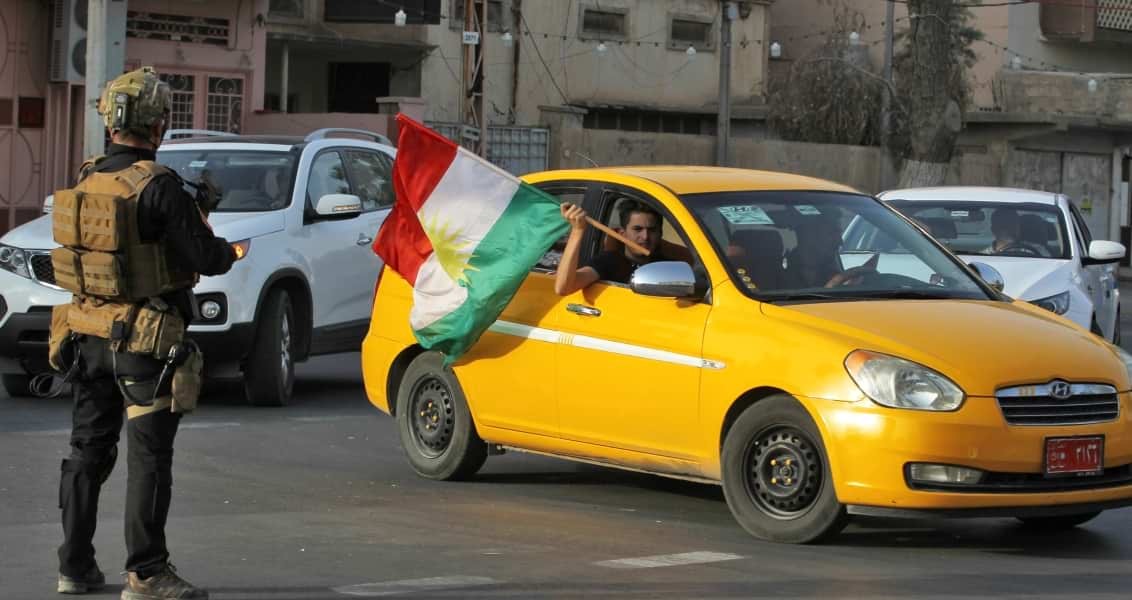 What Happens Now after the Independence Referendum?

Turkey is now confronted with a new crisis on its southeastern border, which has been linked to the Syrian crisis in the form of the northern Iraqi crisis. The independence referendum recently held in Iraqi Kurdistan has paved the way for a new process.

As the northern Iraqi crisis seems to resemble the Syrian crisis in some aspects, the former stands out with its potential to exacerbate the latter.

One can argue that northern Iraq acquired a new status immediately after the Cold War came to an end and came to the fore as a separate entity within Iraq. In fact, a politically and economically autonomous region was created when the U.S. declared a no-fly zone in northern Iraq in 1991. The autonomy of northern Iraq was sealed, in particular, after the 2003 invasion of Iraq and ouster of Saddam Hussein.

Since then, Iraqi Kurdistan has improved and become one of the most thriving parts of Iraq. Nevertheless, it has so far remained part of Iraq.

In my opinion, the Kurdistan Regional Government (KRG) in northern Iraq made a serious error in calculation.

Interestingly, most of the analyses made in the U.S. contend that Turkey would not object to the foundation of a new, independent, Kurdish state in northern Iraq. I have always objected to such presumptions at every opportunity.

Of course, it is true that Turkey regards northern Iraq as an energy resource and an investment area and has developed amicable relations with the KRG to this end. Likewise, it is true that Ankara has exerted serious effort to cooperate with the KRG in the fight against the outlawed PKK. Additionally, it cannot be denied that Turkey wants to occasionally use northern Iraq as a buffer zone against Iraq and Iran. However, none of these factors make it possible for Turkey to support the formation of an ethnicity-based independent state in northern Iraq. This is a red line for Turkey in the strictest sense. Therefore, Ankara has shown a clear, harsh stance beginning from the moment the referendum issue became serious. So, Turkish officials have warned of military action along with economic and political sanctions.

This situation is not a surprise for those familiar with Turkey’s regional policy and President Recep Tayyip Erdoğan’s style of politics. The approaches of the Iraqi central government and Iran were also easily foreseen. However, some groups deliberately encouraged the KRG despite knowing the attitudes of these countries.

U.S.-based think tanks have for a while been discussing that an independent Kurdish state would be founded in the Middle East sooner or later, which is not a coincidence. It must be noted that, in particular, think tanks close to the Pentagon and CIA make this argument. Of course, they do not care about welfare, peace and stability in the region. As happened 100 years ago, they are solely seeking to change the region’s map and divide the region once again.

Currently, the issue has two main dimensions. The first is the question of Iraq’s territorial integrity or the question of whether a new, divided state will be encountered. The second is the problem of founding a Kurdish state. Both factors indicate that the region will undergo colossal disruption and long-lasting ethnic and sectarian conflicts.

Those who support this process of separation and conflict with ideological or nationalist motives have become party to treachery. This process will not favor anyone. We are up against a dangerous project that will harm all the actors in the region, including Turks, Kurds and Iranians.

What Turkey needs to do now is contribute to the resolution of the problem by taking joint action with other countries in the region. At this point, Turkey has to search for ways to manage the process by employing smart power.

Turkey, Iran and Iraq are the three countries mostly disturbed by the missteps taken in northern Iraq.

From Berlin to Irbil, a New Era
Previous