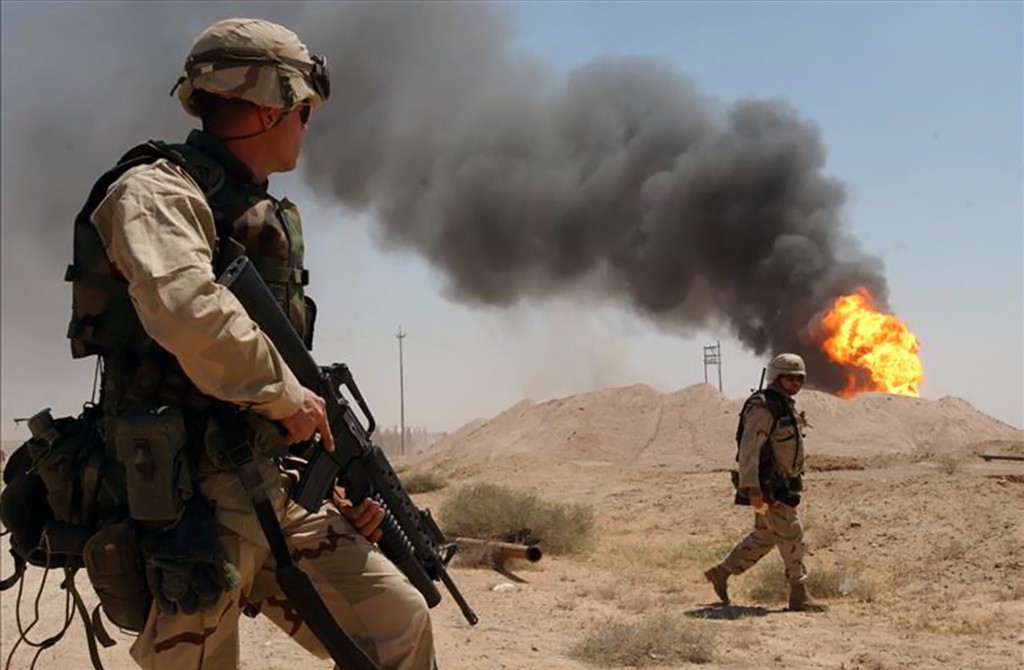 What does the US withdrawal from Syria mean?

The US has announced that its operation against Daesh is over and that it will withdraw from Syria, after Turkey revealed its plans for an operation in the country.

“We have defeated ISIS [Daesh] in Syria, my only reason for being there during the Trump Presidency,” United States President Donald Trump said in a tweet on December 19.

A US official told Reuters that all US State Department personnel would be evacuated in 24 hours and the timeframe to for military personnel, roughly 2,000 of them, is expected to be between 60 and 100 days, once they finish their campaign against Daesh.

Shortly after Trump’s announcement, the Pentagon confirmed the decision, despite a previous official report from the Pentagon and State Department convincing Trump to change his mind.

One day after the announcement, a US official said the withdrawal meant an end to US airstrikes in the country but didn’t mention what would happen to the weaponry given to the YPG, the Syrian armed branch of the PKK, with which the US had allied to defeat Daesh in Syria.

The US decision came after Ankara announced an operation in Syria east of the Euphrates river, as well as continuing its operation in Manbij if the United States did not remove YPG members from the area.

US ground support to the YPG has long caused tensions between the US and it’s NATO ally Turkey as both countries list the related PKK group as a terror organisation.

Until very recently, both James Jeffrey, the US Special Representative for Syria Engagement, and National Security Advisor John Bolton have been advocating the necessity of keeping US military personnel in Syria for two reasons: because the fight against Daesh isn’t over and Iran-backed militias need to be pushed out of the country.

“Given the lack of direction to the US presence in Syria — despite statements on the mission turning from counter-Daesh to counter-Iran — there was an argument to be made for withdrawal to reduce the risks to American soldiers and to allow political relations with Turkey to be repaired,” Kyle Orton, an independent researcher specialising in Syria told TRT World.

Turkey strongly objects to the YPG presence on its border with Syria, citing national security concerns, However, it supports working with Syrian opposition forces such as the Free Syrian Army, in the fight against Daesh.

In 2015, the US founded the YPG-dominated Syrian Democratic Forces (SDF) to fight against Daesh. SDF forces pushed Daesh into deserted parts of the country, and the YPG has taken the lead in administrating recaptured cities.

Addressing Turkey’s concerns, Washington agreed to a roadmap with Ankara in June, and Turkish and American troops began conducting joint patrols in the northern city of Manbij on November 1.

Changing his narrative on the YPG in Syria, Jeffrey said a day before the withdrawal announcement that Washington’s support for armed groups in northern Syria was “temporary”. However, Turkey has been complaining about US delays in the implementation of the Manbij agreement before announcing its operation against YPG.

According to Kadir Ustun, DC Executive Director of SETA foundation, the question for Turkey is whether US support for the YPG will continue somehow.

“Let’s remember Turkey has not advocated for a US withdrawal,” he said in a tweet. “[It advocated] a stop to the US policy of supporting the YPG.”

Syria analyst Kyle Orton says the PYD’s exclusionary and heavy-handed governance has failed to provide basic security, and with the international community’s failure to provide funds for rebuilding, a lot of anger and resentment is building in Arab-majority areas such as Raqqa and Deir Ezzor.

“It is clear that a crisis is coming, and it is difficult to see how Daesh does not benefit from that,” he said.

Trump’s decision on Wednesday was based on his view that Daesh was defeated in Syria, but later he said in a tweet: “Russia, Iran, Syria & many others are not happy about the US leaving, despite what the Fake News says, because now they will have to fight ISIS [Daesh] and others, who they hate, without us.”

Orton says the premature nature of this withdrawal, before Daesh has even been forced out of its territorial sanctuaries, reduces whatever benefits were on offer, and maximises the benefit to adversarial actors — Daesh, Iran, Asad, and Russia.

The Israelis will likely be uncomfortable about a US withdrawal as the power vacuum has the potential to empower Iranian-backed militias – especially after the sale of an S-300 missile defence system which makes it harder for Israel to strike targets in Syria.

The 2015 Russian intervention in Syria, and the entrance of Iranian-backed militias, at a time when the Assad regime had taken heavy losses, tilted the conflict in favour of the Assad regime.

“With the announcement of the US withdrawal, it seems much more likely there will be a Turkish operation against the PYD [SDF] east of the Euphrates. The PYD will surely turn to the Asad/Iran system for protection and will cut some kind of deal, probably mediated by their old allies in Russia. What the terms of that are is anybody’s guess,” Orton said.

The forgotten war in Yemen
Previous