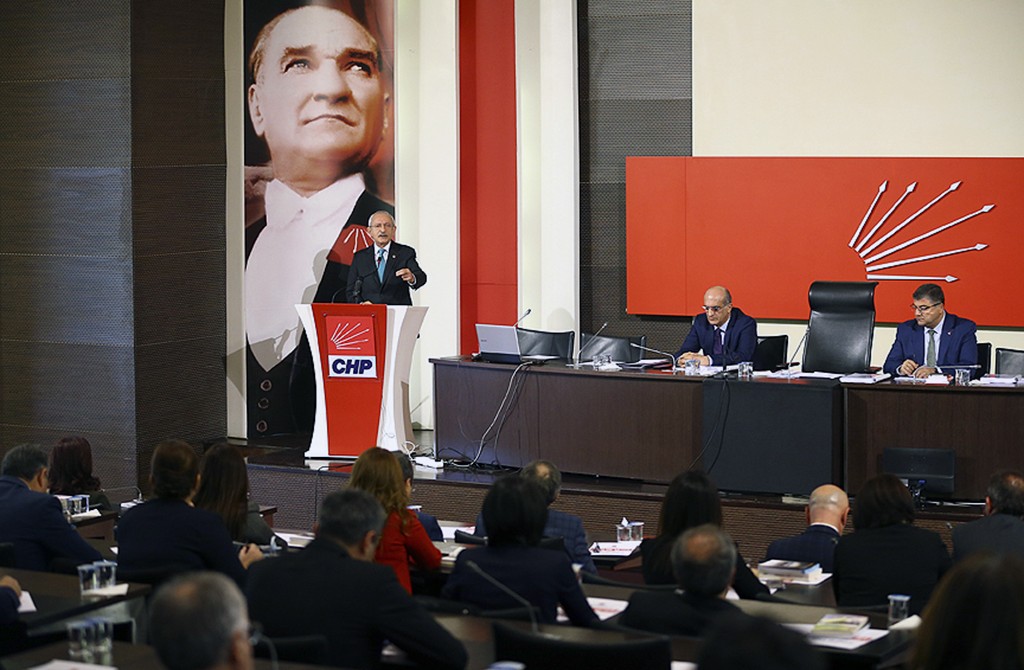 What comes next after the opposition CHP’s congress?

On Feb. 3, the main opposition Republican People’s Party (CHP) held its 36th Ordinary Congress. The session was significant in determining the party’s 60-seat assembly responsible for making decisions on the policy and strategy for the 2019 presidential elections. The congress was also one of the main challenges that CHP leader Kemal Kılıçdaroğlu faced in holding the party’s chairmanship and controlling party organs. Indeed, the most striking side of the congress was the clear-cut reveal of the struggle between the Nationalist/Kemalist and leftist circles in the party.

Since the CHP’s unexpected switch of leadership from Deniz Baykal to Kemal Kılıçdaroğlu, criticism against Kılıçdaroğlu in the party has risen time to time. Despite his success in the four extraordinary and two ordinary congress elections, he could not stabilize his authority in the party. As a result of this problem, intraparty rivals ganged up against his leadership in the 36th Ordinary Congress like they did before. There were four other candidates running for CHP chairmanship but three of them could not fulfill the official signature requirements. Thus, Muharrem İnce, the deputy of Yalova, was the only candidate running officially against Kılıçdaroğlu in the Congress. At the end of the election, Kılıçaroğlu won the race with 790 votes while Muharrem İnce received only 447 votes.

Beyond being just an ordinary election, the process of congress was, indeed, the reflection of struggle within various circles in the party. While on the one side there is the leftist circle which gained strength after Kılıçdaroğlu came to power, the “decadent” Nationalist/Kemalist circles are on the other side. The aim of the Nationalist/Kemalist circles is retaining their power in the party again while the leftists are working to stabilize their full authority in the party by changing the party’s ideological line. Because both sides represent a threat to each other’s position, the struggle between these two circles seems to be continuing until one of the sides ultimately gains an edge over the other.

In order to better understand the dimensions of this struggle in the CHP, it is necessary to examine closely the political discourse that has dominated the party over the past few years. The aggressive discourse of the CHP especially in the last five years was not compatible with its traditional political line. The reason for this change was the party’s increasing interaction with leftist circles. The Peoples’ Democratic Party (HDP)-oriented circles were one of the examples of these groups, and they became active in the party structures and determinant on the party politics in time.

Especially after the elections on June 7, 2015, the reaction of the CHP to the current developments completely deviated from the traditional line of the party. This should be read as a result of losing the favor of the Nationalist/Kemalist groups in the party structures against the leftists. There are especially two striking examples of the effects of this change on the party’s discourse. The first one is the “controlled coup” rhetoric of the party after the July 15 coup attempt. Even if this rhetoric is not compatible with the state tradition and the party’s ideological line, this marginalized discourse was the result of the effects of new dominant groups in the party. The second striking example of this change is the de-legitimization efforts of the results of the April 16 referendum and questioning the validity of results.

The last but not least event exemplifying the shift in the CHP is the election of Canan Kaftancıoğlu as the Istanbul Provincial Head of the party. The radical and far-leftist speeches and actions of Kaftancıoğlu had the reaction of even the moderate names in the party. However, the party administration embraced Kaftancıoğlu and it shows the dominance of leftist circles on party politics. Although they are not as strong as in the past, the Nationalist/Kemalist circles in the party try to resist the dominance of the leftists as seen in the congress.

Aftermath of the congress

Without a doubt, it can be said that the struggle between the leftist and the Nationalist/Kemalist circles continued to be in favor of the leftists after the congress session. The Party Assembly is consisting of the members and supporters of the leftist circle in the party. This group will determine the party’s strategy in the 2019 elections. Nonetheless, the leftist-oriented composition of the assembly brought two possibilities for consideration. The first one is the separation of the Nationalist/Kemalist grassroots from the party. This may cause the withdrawal of their support to the party in elections. After the congress, the leading figures of the Nationalist/Kemalist circles reacted against the new composition in the party. If this trend continues through the 2019 elections, this group may ultimately split up from the party. The second possibility is the further radicalization of the party’s discourse in the following days. Because almost all prominent leftist figures in the party were selected to the Party Assembly, their position and stance may be more effective on the party’s discourse. Actually, criticism coming from various levels of the party toward the Turkish military’s operation in Afrin can be seen as one of the indicators of further deviation in the party discourse.

Rearranging Turkey's political system according to recent changes
Next
Loading...
Loading...
We use cookies to ensure that we give you the best experience on our website. If you continue to use this site we will assume that you are happy with it.Ok