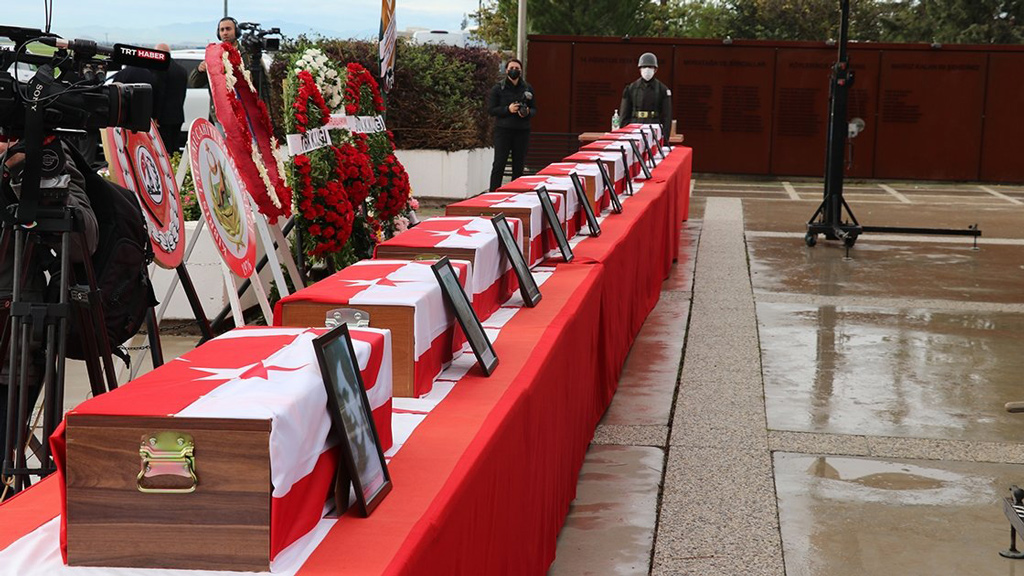 Western countries have always supported the oppressors instead of the innocent and unsurprisingly, it is no different when it comes to the Greek violence against Turkish Cypriots

Western countries have a way of ignoring the problem in many regional crises while exaggerating their biased attitudes. For example, Western countries never questioned the Armenian atrocities and mass killing of innocent Azerbaijanis in Nagorno-Karabakh during the first Karabakh War in the 1990s. They turned a blind eye to the cultural genocide being carried out by the Armenians, who destroyed many cultural and religious sites in the region. Instead, they still tend to blame the Azerbaijani side for the continuation of the crisis in the South Caucasus.

Similarly, Western countries have always omitted the Israeli atrocities against Palestinians. They do not question the continuous Israeli expansionism in Palestinian lands and the use of violence against innocent Palestinians, including women and children. They have accepted all illegal fait accompli in Palestine. For instance, they are no longer calling for the Israeli government to withdraw from the Golan Heights, which belongs to Syria.

Western countries have a similar position when it comes to the Cyprus question. It is evident that the Greek side subjected the Turkish minority on the island to violence immediately after the declaration of the Republic of Cyprus. They increased their attacks on the Turks throughout the 1960s. They violated the Constitution and destroyed the spirit of partnership and peaceful coexistence. However, after the July 1974 military coup, in which the Greek Cypriots attempted to annex the island with Greece, Türkiye had to intervene in order to ensure the lives of the Turkish Cypriots. Türkiye acted as a guarantor state to protect Turkish Cypriots from persecution and violence.

Greek Foreign Minister Nikos Dendias, in a statement released on social media on the anniversary of the second phase of the Cyprus Peace Operation, said that Cyprus remains an unsolved incident of “illegal” occupation. While Dendias has claimed that the only solution is federalism and criticized Türkiye’s military intervention, like any other Greek politician, he does not mention the main reason and motivation behind this military intervention. They just ignore the bloodshed and violence the Turkish Cypriots endured for years.

Politicians and media outlets in Western countries adopt the same attitude toward the crisis and always blame Türkiye for the deadlock in the resolution of the problem. During the first years of the 21st century (in 2004), the Turkish side voted in favor of the Annan Plan prepared under the auspices of the United Nations, with almost 65% on board with the plan. However, the Greek side rejected it, with more than 75% of Greeks voting against the plan. Instead of forcing the Greek side to facilitate the resolution process, the European Union took the Greeks’ side.

The EU: Supporting the GASC

Both the Greeks and their Western backers expect Türkiye and the Turkish Cypriots to forget all the atrocities committed by the Greek side and the “Enosis” agenda. The Greek side, which left the negotiation table in Crans-Montana in 2017, never made an effort for a permanent solution on the island. Instead, they ask the Turkish side to return to its previous stance, which subordinates the Turkish side, ignoring the sovereignty rights and equal status of Turkish Cypriots.

The problem is that whatever the Greek side says is automatically accepted as true by Western states. Since 2004 when the Greeks rejected the Annan Plan and the EU accepted the GASC as a full member, Western states have lost their neutrality and mediator roles in the Cyprus question. They try to use the Cyprus question to put pressure on Türkiye due to its increasing power and presence in the Eastern Mediterranean region.

Once again, Western countries are ignoring the main underlying reason for the problem in their relations with Türkiye, instead focusing on the country’s rightful reactions to the biased attitudes of Western states. For instance, they ignore the Greek militarization of the islands and thus Greece’s violation of the related international treaties. Instead, they try to criticize Türkiye’s response to Greece. Western countries will soon realize that their anti-Türkiye attitudes are becoming increasingly costly and counterproductive as they otherize an emerging power like Türkiye at a time of intensified global rivalry.

The power and future of the AK Party
Next
Loading...
Loading...
We use cookies to ensure that we give you the best experience on our website. If you continue to use this site we will assume that you are happy with it.Ok