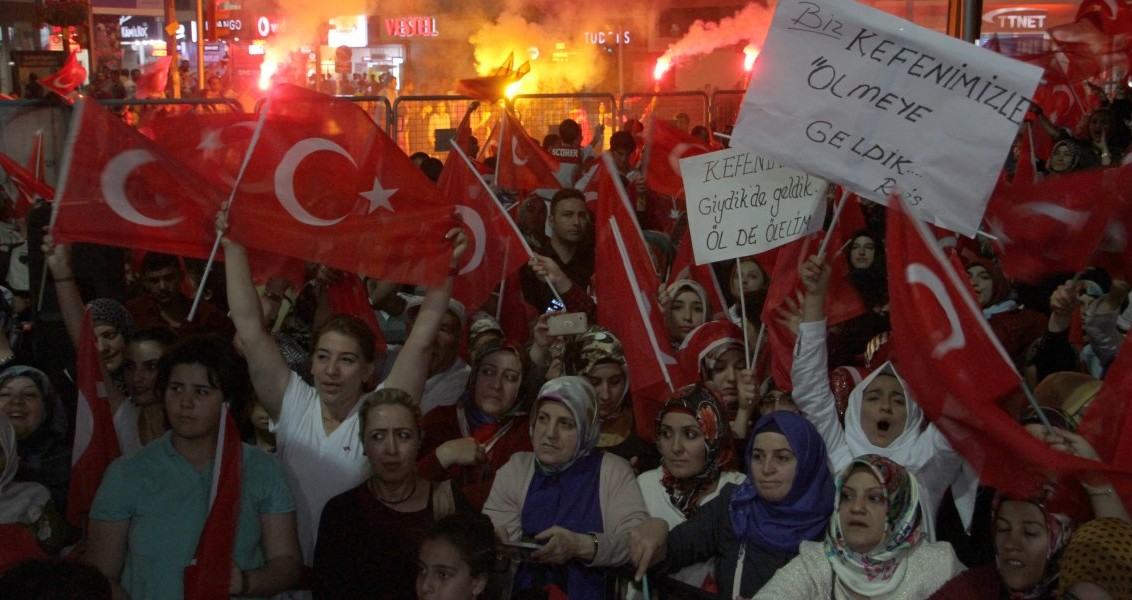 We Are Here To Defend the Country

Even though this country has experienced military coups and treacherous attacks by terrorist organizations, this is the first time it has faced an attempted military coup by a terrorist organization that infiltrated the state. Last Friday, the Gülenist Terrori Organization (FETÖ) mobilized its cells in the military and attempted to stage a coup. This attempted coup was repressed through President Recep Tayyip Erdoğan’s leadership and national foresight and wisdom. And the perpetrators of the attempt are being brought to justice. Turkey clearly showed its friends and foes who are the true owners of this country.

When the FETÖ attempted to stage a coup against the elected government by mobilizing its cells in the judiciary three years ago, people had difficulty understanding what was going on. It took time to convince the nation that it was a coup. The “parallel structure’s” media and some opposition powers that supported it made great efforts to hide the coup through perception management. Even though the fight against the “parallel structure” faced many challenges in the process, it uninterruptedly continued thanks to Erdoğan’s determination.

Thanks to this struggle and steps that have been taken over the past three years, this treacherous attempt, which had roots outside, could be repelled. Before anything else, the operation power of this structure has been seriously undermined. More importantly, the nation has recognized this malicious structure and seen what a venomous tumor it is for the country.

Erdoğan’s call through a smartphone screen and several things he said on Friday evening were enough to make people take to the streets. Erdoğan said that the structure in question attempted to stage a coup and that the state and government was in charge, calling people onto the streets to embrace democracy and foil the coup.

The public who stood in front of tanks and confronted weapons gave moral and material support to the state’s security forces, which struggled against the terrorist coup makers. Our public once again showed that it is one nation.

The parallel betrayal gang is striving to deny the attempted coup. Do you think this nation is idiot? They wear a mask of innocence and make anti-coup statements. They wear their mask of tendermindedness, which they have left aside for a couple of years. Where are your suggestions of “don’t be afraid, but shiver?” They have not attempted to exploit religion for a long time, but they are trying to handle the situation by exploiting religion again. Now, it is impossible to handle the situation and you will be defeated by the head and ears. They give messages, suggesting that brothers must not be allowed to kill one another. However, you are terrorists and we are the essence of this country and territory.

You fired guns on us, killed 208 and injured more than 1,000 of us with bombs and guns. You crushed us with tanks. We are innocent people who embrace the country, nation and national will. You bombed Parliament, our assembly. You directed the guns that were purchased with our tax payments on us. You cannot escape through condemning and cursing. You will give an account and pay the penalty. You will pay a penalty so that you will serve as an example for anyone who thinks of such malignancy. And we are here on the streets and squares to defend the country. We will remain here to commemorate those killed, celebrate our independence and enjoy the honor of being a nation.

Turkey: A Stable Force in the Region
Next
Loading...
Loading...
We use cookies to ensure that we give you the best experience on our website. If you continue to use this site we will assume that you are happy with it.Ok