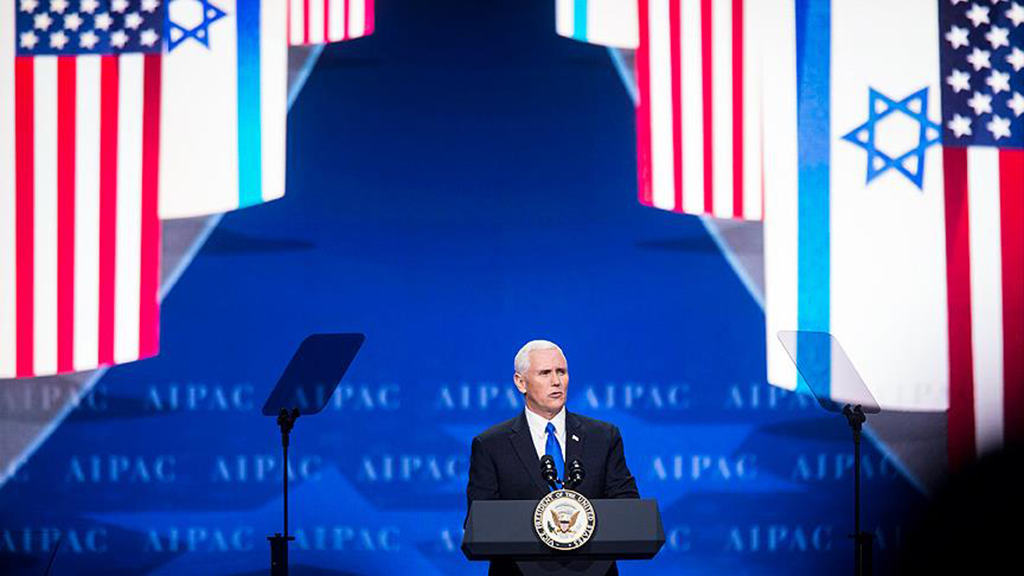 Simply put, a quick look at contemporary history would be enough to conclude that the Trump administration's Israel-UAE inspired "political Islam" policy is destined to be even more unsuccessful than Barack Obama's insincere "moderate Islam" policy. Or, perhaps, Washington just wants to serve the interests of fanatics on purpose.

The Trump administration’s incomprehensible Middle East policy is slowly taking shape. Before the aftershocks of the Jerusalem crisis ended, Washington’s U.N. Ambassador Nikki Haley claimed that Iran had been funneling missiles to Houthi rebels in Yemen, who then used those missiles to target Saudi Arabia. Standing in front of a display of recovered missile debris, she argued that Iran was “fanning the flames” of regional conflict and added that the country’s behavior in the Middle East was “getting worse.”

Ambassador Haley’s remarks were backed by Saudi Arabia and the United Arab Emirates (UAE), which issued anti-Iran statements on Friday. Clearly, the purpose of this spectacle is to distract attention from Jerusalem, which has united all Muslims, and shift the regional focus back to Iran. It would appear that Washington is hell-bent on paving the road to a hot conflict between Saudi Arabia and Iran.

Needless to say, the administration’s Middle East does not rest on a sound analysis of regional players, their problems and ideological fault lines. Instead, it seems that U.S. President Donald Trump simply wants to reverse his predecessor’s plans to re-integrate Iran into the international system and the Obama-era distinction between “radical and moderate Islamists” – which makes it impossible for Washington to come up with a coherent regional strategy and lets Israeli and UAE lobbyists in the U.S. capital set America’s Middle East policy. At the same time, it is possible to claim that the evangelists have largely convinced senior U.S. officials that all types of “Islamism” were equally dangerous.

In the end, Washington’s regional strategy was reduced to rubble by the Israeli-Emirati mentality and the ‘political Islam policy’ that they have been force-feeding to the United States, fueling long-term chaos in the Middle East. To make matters worse, the current situation raises questions about the Trump administration’s commitment to containing Iran and makes people think whether it’s just a ploy to conceal other policy objectives, including starting new wars between – and selling more weapons to – regional powers.

In recent months, at least three developments moved Washington away from its stated goal of containing Iran:

2- Encouraged by Washington, the Saudi and Emirati crown princes attempted (and failed) to forcibly remove the Lebanese prime minister from power.

3- Donald Trump’s decision to recognize Jerusalem as the capital of Israel divided the Gulf once again. While Saudi Arabia and the UAE sent low-level representatives to the Organisation of Islamic Cooperation’s (OIC) Istanbul summit, Kuwait, Oman and Qatar were represented by their top leaders. In the end, the division provided new rhetorical ammunition to Iran and its proxies.

At the heart of Washington’s polarizing and conflict-prone regional policy lies a “political Islam” policy, which is built around the talking points of Israel and a handful of countries that have been financially and ideologically supporting extremist groups for years. To be clear, recent accusations by U.S. National Security Adviser Gen. H.R. McMaster against Turkey (he claimed that they were sponsors of “radical Islamist ideology”) convinced me of the statement’s accuracy even more.

Mr. McMaster, who described the Justice and Development Party (AK Party) as an “Islamist” movement that was responsible for “Turkey’s drift from the West,” later backtracked on his comments. But he revealed his “radical” position on Islamic movements – which are quite similar to those of former Trump advisers Steve Bannon and Dr. Sebastian Gorka. In Mr. McMaster’s view, the politicization of Islamic movements inevitably leads to extremism. Ironically, countries like the United Arab Emirates, Saudi Arabia and Egypt share the same view because they fear democratic “Islamic” movements.

Mounting pressure on all “politicized” Islamic movements, including the Muslim Brotherhood, by identifying them as “terrorist” groups won’t help protect the Salafist people of the Gulf from extremist ideologies. After all, as the region wide polarization deepens, everything, including religious interpretations, will be politicized. To make matters worse, this wholesale approach has repeatedly led to failure – including in the fight against al-Qaida and Daesh. The emergence of Osama bin Laden’s son alone proves that there are options available to extremists.

Simply put, a quick look at contemporary history would be enough to conclude that the Trump administration’s Israel-UAE inspired “political Islam” policy is destined to be even more unsuccessful than Barack Obama’s insincere “moderate Islam” policy. Or, perhaps, Washington just wants to serve the interests of fanatics on purpose.

Is Pence persona non grata in the Middle East? If so, why?
Previous

Trump's America: An isolated, dissatisfied hegemon
Next
Loading...
Loading...
We use cookies to ensure that we give you the best experience on our website. If you continue to use this site we will assume that you are happy with it.Ok