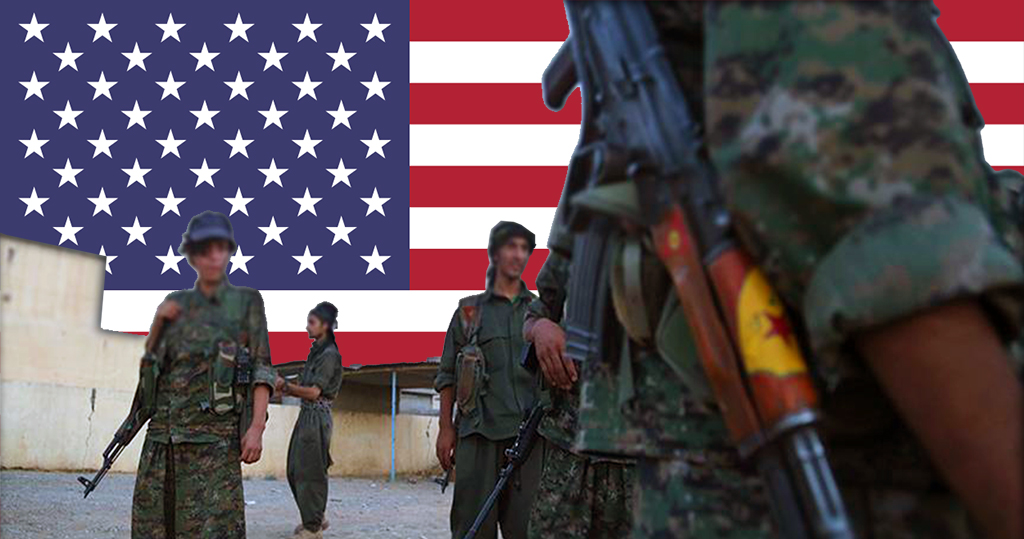 Washington again prepares to give promises it cannot keep

Similar to the confusion prevalent among the U.S.'s traditional allies, Ankara is also experiencing some problems concerning the decision-making processes in U.S. politics.

Similar to the confusion prevalent among the U.S.’s traditional allies, Ankara is also experiencing some problems concerning the decision-making processes in U.S. politics. Some are talking about the incoordination among U.S. institutions, some allege that this is about a power play between institutions, while still others say that this image of chaos is just a hoax, and others that it is actually the U.S.’s strategy to create this image of disorder.

Truth be told, when looking at the U.S.’s policies on North Korea, China, Russia, the Middle East and Europe, I can see no rhyme or reason. I think this is caused in large part by the power struggle in domestic U.S. politics.

But the problems Turkey is experiencing with the U.S are not only due to the incoordination among U.S. institutions or their power plays. At the core of the problems in Turkish-U.S. relations lie the steps that were taken during while Barack Obama was president to limit Turkey and an insistence on continuing with these policies that have greatly damaged Turkey.

First and foremost, Turkey problematizes the U.S.’s continued support to groups that Ankara regards as being terrorist organizations. There is U.S.’s refusal to extradite and its continued protection of members of the Gülenist Terror Group (FETÖ), particularly its leader, Fetullah Gülen, whose group attempted a deadly military coup against the elected government on July 15, 2016, as well as its support to the Democratic Union Party’s (PYD) People’s Protection Units (YPG) militia, which is affiliated with the PKK, an organization that has carried out terrorist activities for the past 40 years in Turkey, in Syria, puts Turkish-U.S. relations into crisis mode.

Is it worth it? Does the U.S. win anything with this policy? Or is the U.S. losing Turkey by the day while it meaninglessly insists on its positions?The U.S.’s biggest mistake in its Turkey policy was its evaluation of relations centered on the Syria civil war. In other words, the continued focus of the people who were brought in by the Obama administration on the Syria crisis and their total disregard of Turkey’s worries.

These people do not know Turkey and cannot analyze Turkey accurately. They cannot correctly foresee what steps Ankara will take in the Syrian war, which in the end leads the U.S. astray. The Afrin operation is the clearest example of this.

U.S. Central Command (CENTCOM) told the U.S. administration: “Turkey will not begin an operation into Afrin, and even if it does, it won’t be successful.” But what is the result? Turkey began its operation in Afrin and continues to advance on the field. This time, CENTCOM said: “We must ensure that Turkey does not enter Afrin’s center.” How will this be possible? Washington will once again make new promises to Ankara and will attempt to stop Turkey’s advance on the ground. The U.S. delegation coming to Turkey will most likely attempt to ensure this.

To be more specific, they will tell the Turkish official they meet with that if they do not enter central Afrin, then the U.S. will pull YPG forces east of the Euphrates River, away from Manbij. There are two problems with this. The first is that the U.S. had already promised Turkey that there would be no YPG forces left west of the Euphrates and that they would pull back from Manbij a year-and-a-half ago. But this still has not happened. Second, after Turkey started the Afrin operation, the U.S. said that if YPG forces move from west of the Euphrates River toAfrin, it would will halt support for them. However, two days ago, we saw that the YPG was not listening to the U.S., as it brought hundreds of its militants from the south, through areas under Syrian regime control, to Afrin.

In short, the U.S. delayed Turkey for a long time with unfulfilled promises, and today, in the eyes of Ankara, it no longer has any credit left. Second, it is questionable how much of an opportunity the U.S. actually has to direct the YPG.

This is why Ankara has reached the conclusion that it has no other options but to use hard power to defeat the YPG. Thus, it is using this hard power on the ground, and this will continue. The U.S. has to approach Turkey and Syria by accepting this as fact. Otherwise, Turkish-U.S. relations will endure even worse damage. This will benefit neither Turkey nor the U.S.

The Vatican and beyond: Europe's new political issues and Turkey
Next
Loading...
Loading...
We use cookies to ensure that we give you the best experience on our website. If you continue to use this site we will assume that you are happy with it.Ok