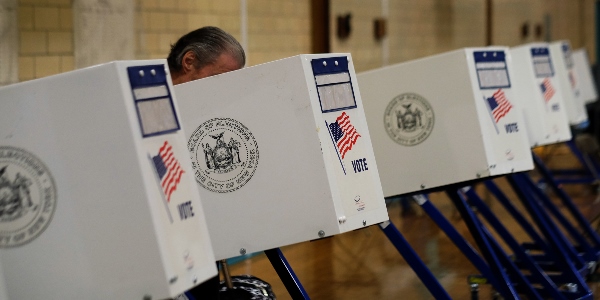 US-Turkish Relations and the Next Administration

At this critical juncture, instead of debating who needs whom more, the next administration should focus on how to reclaim the strategic partnership and working relationship with an important ally

The forthcoming U.S. president will enter office facing significant challenges in relations with Turkey. Despite strong alliances under the umbrella of NATO and the partnership in the coalition to fight DAESH, which entered a new phase with recent joint military operations with Turkish special forces and Free Syrian Army units, the two countries in recent years have experienced significant tensions in their relations. Some of these problems are more general and structural, pertaining to U.S. relations with its allies. The last several years of U.S. foreign policy have led to serious skepticism among U.S. allies in terms of U.S. goals in different regions and its commitment to alliances and partnerships. Despite repeated verbal reassurances from U.S. foreign policy makers, there are too many questions, too much tension and not enough clarity in U.S. relations with its allies. Statements, such as “U.S. abandoning its allies” or “U.S. throws an ally under the bus” have frequently been cited and used to explain U.S. relations with allies, which no longer feel that the U.S. respects and understands their concerns and problems in their regions. More specifically, statements by President Obama and administration officials in recent interviews demonstrate this indifference, lack of sensitivity, and in some instances, aversion to the concerns of U.S. allies. Comments portraying allies as burdens and “free riders” deepens a sense of distrust in the U.S. and can have long lasting impacts on U.S. standing in these countries.

These general crises, in terms of U.S. allies, have serious implications for the U.S.-Turkish relationship as well. In a forthcoming analysis, we will enumerate and discuss problems resulting from these crises in the U.S.-Turkish alliance. The lack of clarity and indifference to Turkey’s concerns, a lack of urgency in responding to serious crises in Turkey and a lack of appreciation of the trauma in Turkey following the coup attempt all have their traces in U.S. relations with other traditional allies as well. For an administration that initially aimed to challenge and abandon the unilateralism of the Bush years, the current situation is an interesting outcome. The next administration needs to think about this aspect of foreign policy, clarify its position and role in the international system and explain its expectations of allies. Whether “sharing the burden” or balancing regional relations, the U.S. administration must restructure relations with allies via confidence-building measures and negotiating terms for a new era in alliance relations. These would be important steps to improve deteriorating relations with Turkey as well.

The next president of the United States and his or her foreign policy and security team will face questions and concerns on these issues from their counterparts in Turkey. Overcoming these challenges and improving relations with Turkey, a significant NATO ally and in the fight against DAESH, needs to be important priorities that necessitate that the next president take several steps to consolidate already existing ties and strengthen mutual trust and confidence. Strengthening the NATO alliance and improving diplomatic relations are important steps that must be taken. The public diplomacy dimension of relations also necessitates further strengthening. Secondly, certain issues must be fixed or stabilized to have a working relationship. The disagreement or lack of clarity in regards to Syria is important. “The tactical divergence but strategic convergence” should no longer be an option. In a high-risk environment such as Syria, both countries need to reach convergence. An important step to achieve this will be to avoid any more ambiguity. Further coordination and cooperation in the fight against DAESH will be an important dimension of future cooperation between the two countries.

In addition, significant challenges must be reconsidered by the next U.S. administration. Support to the People’s Protection Units (YPG), and the Gülen case will be the most challenging disagreements to resolve for the new administration. Recent developments increasingly demonstrate that the U.S. administration should be cautious in further empowering and mobilizing YPG forces in northern Syria. In addition, following the July 15 coup attempt, U.S. and Turkey relations faced important problems about the Gülen network, now considered a national security threat by the government, which expects the U.S. to understand the sense of urgency in regards to this problem.

Finally, despite serious challenges, relations between the two countries have some areas to explore for further cooperation. Cooperation concerning humanitarian diplomacy and refugee crises would be important steps. Furthermore, the Cyprus issue is still waiting to be resolved, and the U.S. administration is showing special interest on this case. By resolving this problem, the Eastern Mediterranean can be a region for further cooperation.

At this critical juncture in regional politics, instead of debating who needs whom more, the next administration should focus on how to reclaim the strategic partnership and working relationship with an important ally. Strengthening existing ties, stabilizing areas with divergences, reconsidering problematic issues and exploring new areas of cooperation can help improve relations between the two countries.

What Is the Exit Strategy' for US from Cooperation with the YPG?
Previous

Next US President Must Make Peace with Turkey
Next
Loading...
Loading...
We use cookies to ensure that we give you the best experience on our website. If you continue to use this site we will assume that you are happy with it.Ok