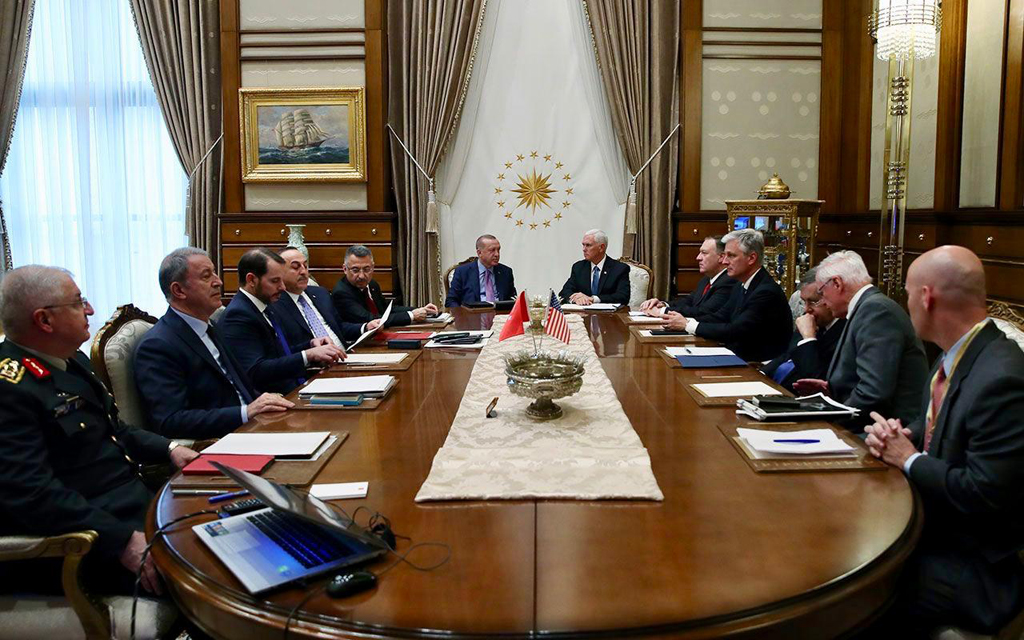 The agreement reached late Thursday between Turkey and the U.S. protects Syria’s territorial integrity and will not allow the terrorist YPG/PKK to form a federation, according to analysts.

“Under the agreement, the YPG/PKK’s claim to a federation became just a dream for the terrorist group, and Syria’s territorial integrity was protected,” Abdullah Agar, a former Turkish Special forces commander and security analyst, told Anadolu Agency.

“Turkey will be more in touch with Russia and the Assad regime on the effectiveness of the safe zone in the days to come,” Agar added.

Agar also said that the agreement will remove YPG/PKK elements from the Turkish border but they will not be de-activated.

The position of the regime and Russia towards the safe zone and their relationship with the YPG/PKK will be determined in the coming process, he added.

Also speaking to Anadolu Agency, Can Acun, a foreign policy researcher at the Ankara-based Foundation for Political, Economic and Social Research (SETA), said, “One of the main issues here is that whether Turkey and the SNA control the area the YPK/PKK left or not,” referring to the Syrian National Army, Turkey’s local ally in Operation Peace Spring.

“Because the regime and Russia also have serious activity here,” he added.

“Turkey needs to fill the power vacuum here and be careful,” he warned.

Acun also said YPG/PKK terrorists may change uniforms in an effort to disguise themselves as Assad regime soldiers.

“Turkey should be careful in the coming process and should not allow such a fait accompli. Also, it should be committed to remove terrorists from the region,” he added.

‘Must comply with agreement’

Acun also said that if YPG/PKK does not comply with the requirements of the agreement, Turkey will be able to continue military operations and its presence in the field.

“In this context, we need to underline that the U.S. engagement with the YPG/PKK has almost come to an end. Therefore, this agreement has resulted in a serious gain which will have both diplomatic and military effects in the field.”

The U.S. and Turkey on Thursday came to an agreement to pause Turkey’s anti-terror operation in northern Syria for 120 hours in order to allow the withdrawal of terrorist YPG/PKK forces from the planned safe zone.

Ankara wants to clear northern Syria east of the Euphrates River of the terrorist PKK and its Syrian offshoot, the PYD/YPG.

In its more than 30-year terror campaign against Turkey, the PKK — listed as a terrorist organization by Turkey, the U.S. and the European Union — has been responsible for deaths of 40,000 people, including women, children and infants.

A victory for Turkey and a second chance for the United States
Next
Loading...
Loading...
We use cookies to ensure that we give you the best experience on our website. If you continue to use this site we will assume that you are happy with it.Ok