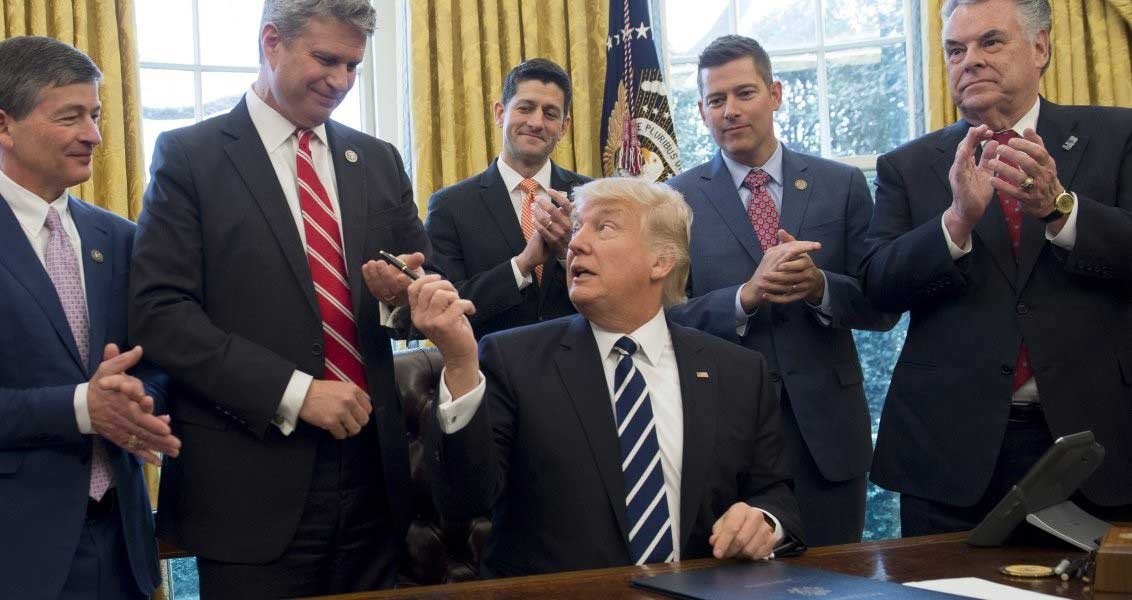 Since Trump took over the presidency, there has been a lack of strategy in U.S. foreign policy

As the administration of U.S. President Donald Trump completes its first six months in office, there is an increasing number of questions in regard to its foreign policy plans for different parts of the world. During his campaign and in the transition period, Trump promised significant changes in the country’s foreign policy. In particular his tweets about China and the South China Sea, his statements about the different issues in the Middle East and his position in regards to NATO and U.S. relations with the Russian federation were considered an indication of major changes in foreign policy. Several steps that he took in his first days in office, such as the bombing of an air base in Syria after Assad’s chemical weapons attack and his phone call with the leader of Taiwan, were regarded as confirmation of this possible change. However so far in most of these different areas of foreign policy there are still question marks in regards to U.S. strategy and policy. The lack of clarity in regards to U.S. strategy still prevails in many of these areas.

One of the most significant of these policy areas is U.S. strategy against Iran. It is well-known that during his campaign, candidate Trump made his most open and clear statements about U.S. policy on Iran. In addition to criticizing the terms of the nuclear deal, candidate Trump also targeted Iran’s regional policies. Especially its destabilizing role in the conflict in Iraq was on the Trump campaign agenda during this period. During the transition, the high level foreign and security appointments were interpreted as a team of Iran hawks by observers in Washington. Most of these senior figures were known to have very strong opinions about Iran’s role in the region, especially its support for its proxies in different conflict zones. President Trump during his first foreign policy visit also made statements that will underline a hardline policy against the state of Iran. Both his visit to Saudi Arabia and Israel were regarded as a beginning of a new policy toward Iran. There were different expectations among the experts in Washington that the in the aftermath of the Raqqa operation against Daesh, the U.S. priority in the region will shift toward Iran.

It needs to be stated that compared to other areas of foreign policy, the position against Iran has been more consistent in the first six months of the administration. The tough stance has never been abandoned and it seems that there is almost a consensus among different members of the administration about this. However so far what kind of steps the U.S. administration will take in this issue is not so clear. There are different scenarios from the analysts of regional politics in regards to the nuclear deal, in which the U.S. is expected to bring some more conditions or attempt to renegotiate the deal in order to make it more favorable for U.S. interest.. But so far there is no clarity in regards to these potential conditions. Again in regards to the Iranian proxies, there are scenarios on how to curb the Iranian regional activism however again it is not clear how to achieve these desired results in such complex settings as the Syrian civil war and Iraqi conflict. Furthermore although President Trump attempted to build a coalition against Iran in the region during his visit to the Middle East, shortly after his visit the crisis in the Gulf seems to prematurely end this effort. The crisis between the Gulf countries and Qatar damaged the prospect of such a coalition against Iran. Moreover, there are even debates about the possibility of a regime change in Iran. Although there are more skepticism about this option than any others, some of the recent statements both from Secretary of State Rex Tillerson and Secretary of Defense James Mattis were interpreted that way by the observers.

Under these circumstances and the presence of myriad of the possibilities there is no clear plan or strategy that seems to guide the U.S. administration in its policy towards Iran yet. Last week the director of CIA was quoted saying that there can be a “fundamental shift” in the U.S. policy on Iran. But again the extent of this shift and what it entails is not clear yet. It is true that there seems to be an agreement about the different actors in the administration about Iran. This agreement in some respects also present in different branches of the government. However so far there is a lack of strategy

Is Erdoğan an Islamist?
Previous

Hazards of Using Human Rights as Political Leverage
Next
Loading...
Loading...
We use cookies to ensure that we give you the best experience on our website. If you continue to use this site we will assume that you are happy with it.Ok