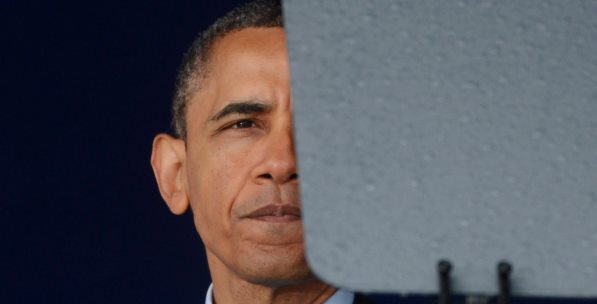 The US cannot overcome the fear, concerns and hesitations provoked by these specters and conduct a serious Syria-related discussion despite the humanitarian drama in Syria.

The Syrian policy of the United States of America (US) bears the deep traces of the traumas in its past foreign policies. The White House tries to avoid the strategic quagmire caused by wrong decisions in Vietnam and Iraq; not to repeat what it did in Libya and not to enter into a proxy war with Russia as it was the case in Afghanistan. These are among the factors that influence the Syrian policy of the White House the most. The White House, on the one hand, tries to figure out what to do in Syria while it, on the other hand, fights against the specters of catastrophes in foreign policy caused by past mistakes in the history of its military intervention.

Now in the US, we hear news and analyses on the White House’s indecision about Syria almost every day. These included many arguments ranging from the indifference of US President Barack Obama to the interest of his advisers and discord among the figures in the government. These arguments are, without a doubt, significant in that they indicate the difficulties that decision-making mechanisms face and their pathologic results; however, it is usually ignored that the Obama administration’s approach towards Syrian issue is influenced by historical analogies and traumas in US foreign policy. Even though each and every US President and even every leader tries not to repeat the same mistakes that his predecessor made, President Obama perhaps feels this need to be more cautious than anyone else because he came to power by means of a promise to withdraw US from wars and he had only foreign policy card in hand for the election campaign: “no to war in Iraq.”

The Vietnam Syndrome, the longest-standing trauma of the US security and foreign policy experience, has always been a particular concern to Obama and his administration. After all, the Iraq War and Vietnam were the two greatest mistakes of the US in the last five decades. Many argued that the situation in both Afghanistan and Iraq reminded the last years of the Vietnam War. The Obama administration, on the one hand, sought ways to come out of these two wars without a delay while it, on the other hand, tried not to get involved in a new military intervention. In this sense, it would, of course, be significant not to repeat the same mistake made by the decision-making mechanism prior to the Vietnam War.

Gordon Goldstein’s book titled “the Lessons in Disaster” based on the memoirs of McGeorge Bundy, the national security adviser during the Vietnam War, has probably become a significant source for those who desire to analyze the issue within the scope of Vietnam. It was said that the members of the National Security Council often read and discuss the book in this period. While Bundy, one of those who decided to enter into war in Vietnam during President Lyndon Johnson administration, talked about the flaws in the decision-making mechanisms and how the war that they thought to be a brief one turned into a quagmire, he was also underlining that in some cases inertia and waiting can serve as crucial strategic weapons. Those reading the book found many similarities between the mistakes mentioned in the book and the mistakes in Iraq and Afghanistan and perhaps they followed some of the advices by Bundy.

Another effect of the Vietnam syndrome was related to the political affinity of Obama towards the late President John F. Kennedy. Obama and Kennedy won the presidential elections in the first years of their senatorship at an early age. Like Kennedy, Obama visited Berlin to deliver a historical speech and experienced his first problem with some of the generals just after he came to power. Even the daughter of Kennedy described Obama as “a president just like my father” in her article she wrote to support Obama prior to the elections. As a result, while Obama tried to reach a decision on Syria, he was naturally influenced by Kennedy’s approach in the Cuban crisis and Vietnam. Given two medalled Vietnam veterans and one s

The Peace Process and the Enmity of Politics
Previous