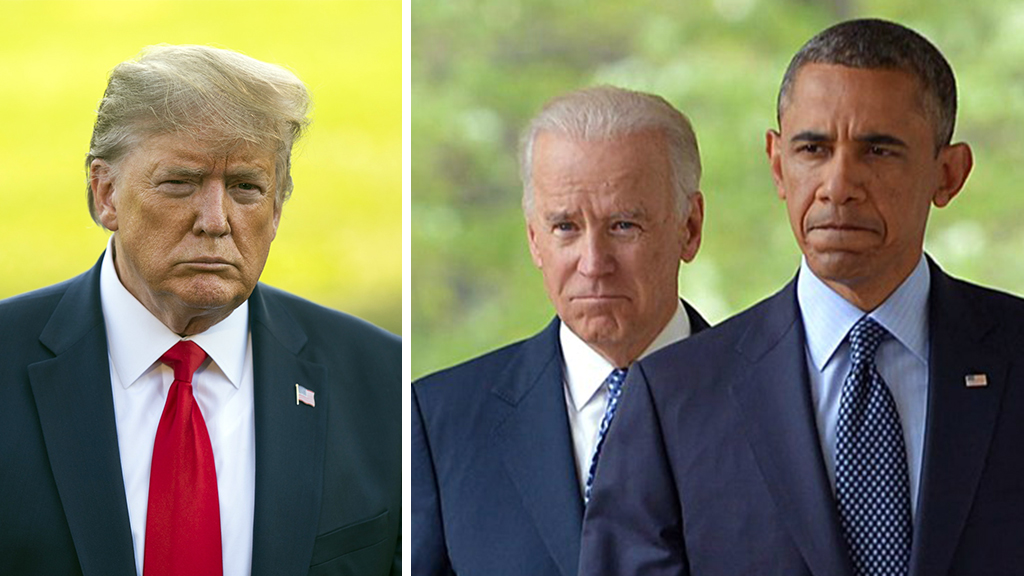 After a long COVID-19 interval, the two U.S. presidential candidates launched their campaigns and started to meet voters. Trump campaign prefers to organize large rallies in the battleground states, despite a rise in the number of COVID-19 infections there. Joe Biden's campaign, on the other hand, chose to organize small gatherings as per social distancing rules and broadcast the former vice president's remarks online.

After a long COVID-19 interval, the two U.S. presidential candidates launched their campaigns and started to meet voters. Trump campaign prefers to organize large rallies in the battleground states, despite a rise in the number of COVID-19 infections there. Joe Biden’s campaign, on the other hand, chose to organize small gatherings as per social distancing rules and broadcast the former vice president’s remarks online.

Both campaigns have also started spending a tremendous amount of money on social media advertisements. The main issues in the first week of the campaigns were the fight against the COVID-19 outbreak, the George Floyd incident and the demonstrations in its aftermath, as well as the state of the economy. Over the next few weeks, these issues will probably continue to dominate their campaign agenda.

At this point, there are only vague statements. There are only patterns that have emerged during their tenure in public offices. If both candidates do not bring drastic changes to their foreign policy approaches and the U.S. role in the world, in general, we can deduce certain actions in the way they handle foreign policy. At the end of the day, Biden was the vice president for eight years with some critical foreign policy responsibilities while Trump has been in office for more than three years now. There are still four months to the elections and the next four months can bring significant changes to the candidates’ positions in regards to foreign policy. However, their track records offer some clues about their future foreign policy.

There are definitely some differences between two candidates’ approaches to foreign policy and as the campaigns move on, they will only try harder to highlight their differences on issues including foreign policy. The first difference is their attitude toward multilateralism. It will probably be one of the key issues that Biden will criticize in regards to Trump’s foreign policy. It is not a secret now that Trump does not prefer to be part of multilateral initiatives that he believes lower the U.S.’ bargaining advantage. During his term in office, he withdrew from some key multilateral initiatives including the Transpacific Trade Deal, Paris Climate Accords and Iran Nuclear Deal. His “America First” approach throughout the years started to be perceived as “America Only” by the U.S. allies around the world.

If elected, Biden will probably launch different confidence-building measures with the U.S. allies around the world. He most probably will make statements underlining the U.S. commitments to multilateral initiatives and international organizations. A Biden speech at NATO would mostly be on the reassurance of the U.S. allies in regards to Article 5 of the NATO Charter. We can expect the re-engagement of the U.S. to the Iran Nuclear Deal and Paris Climate Accord in a potential Biden presidency.

Trump on the other hand, if elected, can increase the pressure over the NATO in regards to the contributions of other member states to the organizations and put significant stress on the U.N. bodies that implement policies that would contradict the U.S. foreign policy. The recent rift between the U.S. and other countries in the G-7 summit can be considered a preview of the Trump 2.0 years. Especially his willingness to increase the members of the G-7 to include Russia and Brazil can be an objective of U.S. foreign policy.

Secondly, U.S. relations with two of its rivals, namely Russia and China, will also be an important part of the debates between two candidates. This weekend after a report appeared in the New York Times regarding the Russian intelligence activities in Afghanistan against Russia, Biden criticized Trump for being too soft on Russian President Vladimir Trump. He called Trump years “a gift for Putin.” This demonstrates that the “Russia debate” in U.S. foreign policy will continue during the campaigns of the two candidates.

Trump from the very beginning of his tenure expressed his willingness to establish cozy relations with Russia. In his first term, he could not achieve this objective mostly due to the resistance from Washington and the investigations on the Russian election meddling. If elected, in his second term Trump may find more “flexibility” to establish better relations with Russia.

The presence of the geopolitical clashes between Russia and the U.S. in the Middle East and Eastern Mediterranean, however, may interrupt this objective. In the case of a Biden presidency, there would be an ambivalence that showed itself during the second term of the Obama presidency. The U.S. will continue to react to some of Russia’s policies, but will also aim not to escalate the crisis with Moscow.

In the meantime, although the “reset” policy failed, a potential Biden administration will continue to keep the dialogue with Russia regarding some critical issue areas. However, during the campaign season, we may expect the harsher criticisms from Biden against Trump regarding its relations with Russia.

On China, both candidates already made their statements and signaled their positions. During the campaign season, both candidates will likely follow harsh rhetoric about Beijing’s handling of the COVID-19 crisis. Later with the debates on foreign policy, some other issues will be raised by both candidates, including intellectual property rights infringements, China’s military expansion in the South China Sea and the cyberattacks from China on the U.S.

There is a bipartisan consensus on the significance of these issues in Washington, D.C. However differences will emerge in regards to the “trade war.” If Biden is elected he may de-escalate the tension surrounding the trade war. At the same time, he would continue negotiations with China in regard to “unfair trade practices” which is likely to lead to a “war” rhetoric.

It could also bring the removal of some of the sanctions adopted against China. During the Obama administration, we have seen this de-escalation from “Asia pivot” to “rebalancing.” The Biden administration is also likely to see the continuation of the rebalancing policy toward China. If elected, Trump would likely continue negotiations with China in the context of the trade war. He can also decide to increase U.S. military footprint in the South China Sea.

Finally, about the Middle East, the two candidates will likely have extensive debates about Biden’s previous decisions. Trump will likely bring up the issue like Biden’s support for the Iraq War. Biden already signaled his plan to re-engage with Iran. He was also critical of the killing of Qassem Soleimani.

The two hot issues in the Middle East today, Syria and Libya, may generate some degree of debate between two candidates. However Biden, due to the eight years of indecisiveness and inaction in Syria, may avoid getting into debates with Trump about these issues. Considering the ghost of the Benghazi incident on the Obama administration’s Libya policy, he also may try to disown the Libya policy of the Obama years to avoid this debate. Trump’s plan to end long and unending wars in the Middle East will also be supported by Biden. However, he will try to distinguish himself from the Trump administration Middle East policy by suggesting some nuances. He may take a different action regarding the withdrawal from Syria.

It is a known fact that foreign policy does not shape voter behavior as much as domestic politics and economic developments but the world will still be watching the foreign policy priorities of the candidates. Both candidates need to understand this fact. Their statements on foreign policy and their promises would have a direct consequence on U.S. image and credibility abroad.

The romantic approach of the 'liberal bible' in real crises
Previous

To delay justice is injustice: Rohingya crisis and Bangladesh’s burden
Next
Loading...
Loading...
We use cookies to ensure that we give you the best experience on our website. If you continue to use this site we will assume that you are happy with it.Ok