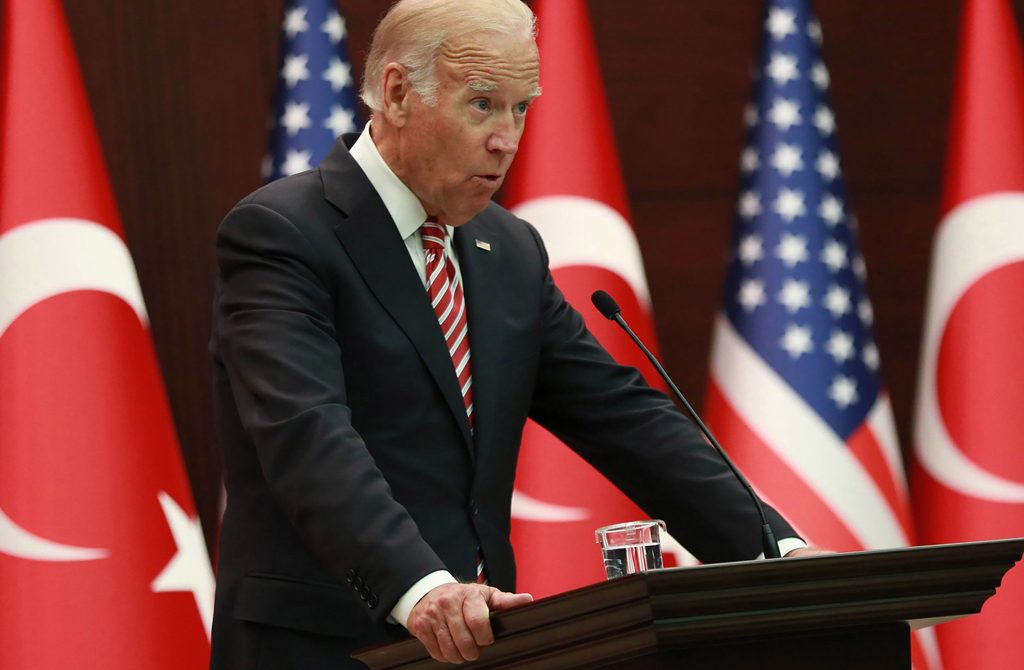 US focus on Pacific calls for reassessment in Turkey ties

There is a heightened interest in Turkey-United States relations. Journalists have been commenting on the meaning of Ankara’s proposal to 'expand and modernize' its fleet of F-16 fighter jets. Some say the Turkish offer put the Biden administration in a difficult spot, while others view the same development as 'a fresh opportunity.'

There is a heightened interest in Turkey-United States relations. Journalists have been commenting on the meaning of Ankara’s proposal to “expand and modernize” its fleet of F-16 fighter jets. Some say the Turkish offer put the Biden administration in a difficult spot, while others view the same development as “a fresh opportunity.”

In truth, it was Turkish President Recep Tayyip Erdoğan, who warned that the state of bilateral relations did not look great en route from New York and that triggered the latest movement. He thus expressed unhappiness over his inability to engage in leader-to-leader diplomacy with U.S. President Joe Biden. Visiting Sochi days later, Erdoğan held a tete-a-tete with his Russian counterpart. The notably broad scope of that meeting – everything from Syria to bilateral cooperation in defense, nuclear energy and space – was not lost on Washington.

It goes without saying that competition with China is the top item on President Biden’s foreign policy agenda. That long-term rivalry with Beijing informs Washington’s relationship with members of the Transatlantic Alliance and Russia – let alone the Middle East. Indeed, it would be hardly surprising if the United States were to launch new initiatives akin to AUKUS, a trilateral defense pact with Australia and the United Kingdom. Moreover, escalating tensions with China over Taiwan have the potential to make the whole world turn to the Pacific region.

The shift in Washington’s focus calls for a reassessment of certain disagreements with U.S. allies like Germany and Turkey. For Berlin, Nord Stream 2 seems to be the main issue. For Ankara, however, the list is a bit longer: U.S. sanctions over the S-400 deal, the Gülenist Terror Group (FETÖ), the situation in Syria, and the YPG, the terrorist organization PKK’s Syrian component. In this sense, Erdoğan’s warning to Biden (that leader-to-leader diplomacy is needed) must be analyzed in conjunction with the fact that the bilateral relationship cannot be left unattended. Hence the significance of the two leaders’ bilateral meeting later this month, at the G-20 summit in Rome, Italy. Obviously, that conversation is due to make an impact on the future course of Turkey-U.S. relations. Clearly, I am not talking about some great recovery or rupture. It is quite obvious, still, that the bilateral relationship cannot run on compartmentalization alone.

Indeed, Afghanistan proved to be a source of momentum in Erdoğan’s first meeting with Biden. At the end of October, Turkey could start a new chapter regarding its defense needs, as the two nations explore fresh opportunities for cooperation in many regions, starting with Africa. In this sense, Ankara’s proposal regarding the F-16s was not intended to force the Biden administration’s hand. If anything, it reflected a constructive approach that enables the two leaders to repair the relationship. Needless to say, Erdoğan’s remarks on the possibility of a military operation in Syria, too, added to the importance of his upcoming meeting with Biden.

Certainly, Turkey and the United States need to negotiate anew key issues, including CAATSA sanctions, the F-35 question, and terrorist entities like FETÖ and YPG. We already know that Turkey can make alternative decisions, with an eye on its own defense needs and national security concerns, and that resisting such moves does not benefit either country. That the Biden administration retreats from certain places, in a way that creates challenges for U.S. allies, as part of the redefinition of Washington’s global role, may not be a rational choice vis-a-vis American interests. For example, Washington cannot just forget about Afghanistan or any other area that it chooses to vacate.

The Taliban delegation’s visit to the Turkish capital Thursday signaled that Turkey could play an influential role in the future of Afghanistan. It is inevitable that ambitious regional powers, like Turkey, will develop independent or autonomous policies regarding emerging geopolitical voids. The future course of Washington’s relations with Ankara will be a litmus test for how well the United States adapts to this new reality.

'Political murders': What is this all about in Turkey?
Previous

Taliban's Ankara visit and the Daesh threat in Afghanistan
Next
Loading...
Loading...
We use cookies to ensure that we give you the best experience on our website. If you continue to use this site we will assume that you are happy with it.Ok