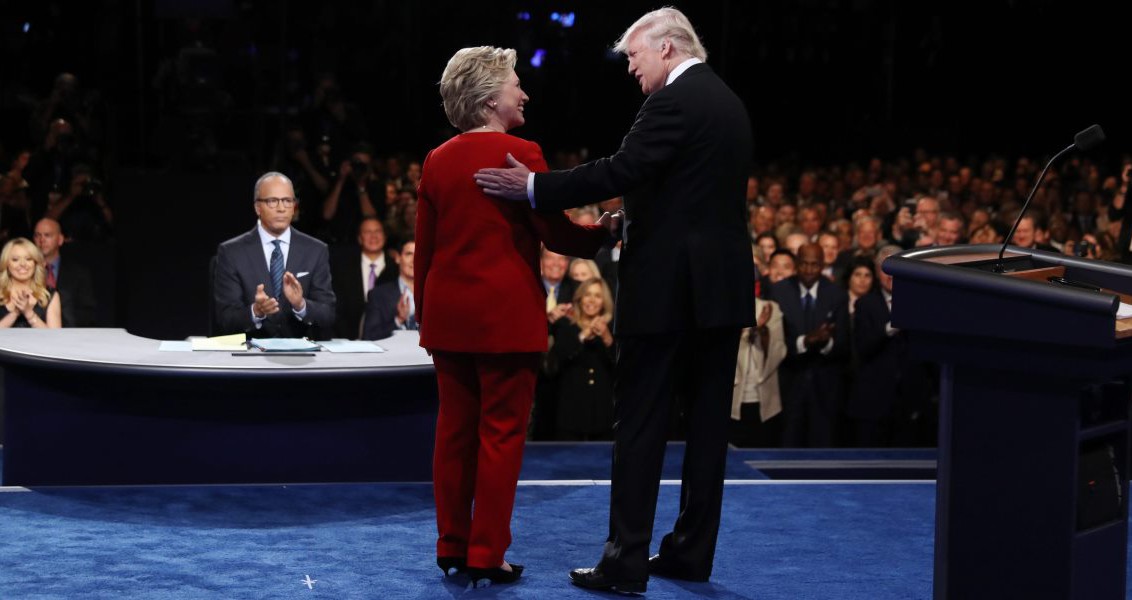 The election in the U.S. is usually on domestic politics but the world is also watching and the foreign policy debates in the U.S. continue to grow increasingly shocking to the rest of the world

A few weeks ago in this column I wrote a piece about how this presidential election may be cited by “declinists” as an argument in favor of the “American decline.” Since the beginning of the election cycle, the tone and level of debate during the primaries generated a significant image problem for the U.S. around the world. As I have mentioned multiple times, the statements by presidential candidate hopefuls in regards to the Muslims, immigrants, their insults to U.S. allies and their proposals to resolve several serious crises of the U.S. raised question marks about the U.S. credibility, standing and prestige around the world.

As the primaries are over many hoped that now is the real time for the candidates to be more serious about the policies in regards to the key areas. So far, in the first two presidential debates we are increasingly witnessing the reverse. With three weeks to go until the Nov. 8 elections in the U.S., so far the candidates have failed to underline their potential policies in regards to key foreign and security policies. Analysts are trying to dig down in order to figure out what can be the potential policies of these two candidates, since their discourse in regards to these issues so far seems less than promising.

For instance, in regards to the fight against Daish, which is considered the most significant security issue for the international community at this point, the candidates during their debates and speeches have expressed extremely controversial things. In his speeches, Donald Trump promised to bomb Daish and destroy one of the most barbaric terrorist organizations in the world, whereas his earlier plan was to stop Muslims from entering the U.S.

On the other hand, Hillary Clinton has proposed an increase in military assistance to the PKK’s Syrian offshoot the Democratic Union Party (YPG) as if it were the only way to deal with this ominous threat. Of course, Donald Trump also criticized Clinton for listing the steps that she will follow in regards to the fight against Daish on her website, meaning that he has an undisclosed plan to fight against Daish. Because of the tone of debates, there is not much chance for moderators to direct follow up questions at candidates in regards to the specifics of their policy proposals. For example, can an army, an insurgency or a terrorist organization be defeated by constantly bombing them? To what extent should a terrorist organization be utilized against another terrorist organization in a failed state? What will be the role of the U.S. allies?

In a second significant security issue; namely cyber security, there is a significant amount of controversial statements and actions. Donald Trump’s statement about Russia hacking the emails of the DNC staff still lingers as one of the most controversial statements that a candidate has mentioned during this election. Following the leak of the emails of senior officials among the Clinton campaign, there are now an increasing number of reports about the “Russian connection” in regards to the latest leaks. Some Clinton advisers are already insinuating that the Trump campaign knew about the leaks beforehand. In the meantime, there are also still lingering questions about the email servers of Hillary Clinton and if this was a significant violation or not. Trump’s statement that Clinton should “go to jail” over the scandal further fuels the debate. However, so far the candidates have not mentioned how they would fight against the issue of cybersecurity?

The same form of ambivalence or disinterest is present regarding serious security crises as well. There has not been much discussion about the future of U.S.-China relations – other than some polemics like the relationship with NATO and U.S. allies, the position about the proliferation and the humanitarian crises in different parts of the world. Yes, the election in the U.S. is usually on domestic politics but the world is also watching and the foreign policy debates in the U.S. continue to grow increasingly shocking to the rest of the world.

US Elections and American Future
Next
Loading...
Loading...
We use cookies to ensure that we give you the best experience on our website. If you continue to use this site we will assume that you are happy with it.Ok