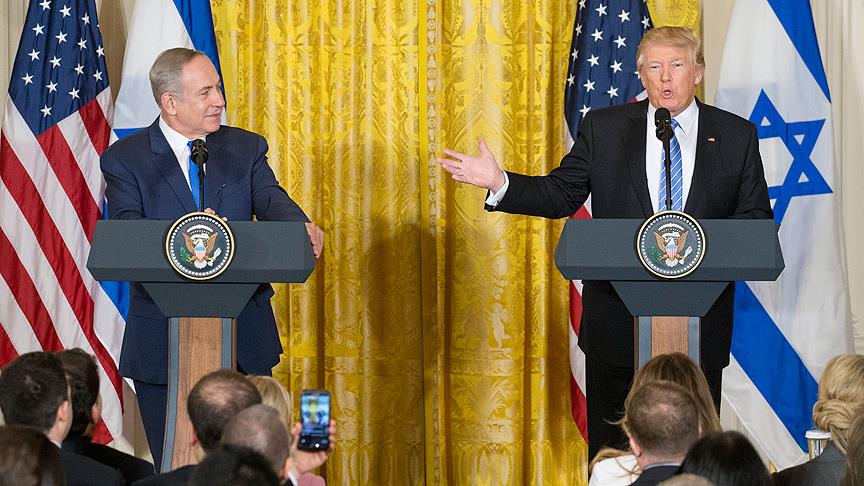 It seems that Trump has tried to exploit the regional chaos, state failures and divisive policies of some Muslim countries.

U.S. President Donald Trump’s unilateral recognition of Jerusalem as the capital of Israel is a watershed moment in the history of the Middle East, both for regional and global actors. More meaningful than expected, this decision has significant implications for the near and distant future. This decision is not only about the transfer of the Israeli capital to Jerusalem, but also about the halt of the peace process. Furthermore, it implicitly means that the U.S. recognizes the illegal Israeli settlements, supports the expulsion of Palestinians from their homes and the prevention of the establishment a Palestinian state.

There are many reasons for Trump’s proclamation. First of all, this decision has a psychological background that may be understood through Trump’s personal investment. Painting himself as the most capable and courageous president, Trump wants to show that he is different from all the previous American presidents. Psychiatrist Allen Frances considers Trump a “world-class narcissist” with a lack of empathy. He has invested too much in humanizing his politically central role in the American political system. So Trump wants to prove his capability first to himself, and then to all Americans and the world.

Second, Trump wants to distract the American public’s attention from his involvement in the game played with the Russians in the Middle East. As an ultra-nationalist, far-rightist and political realist, Trump accepts no limits in the exploitation of any value, concept or subject. In American domestic politics, it is widely discussed that two close aides, former National Security Adviser Michael Flynn and Trump son in law and senior adviser David Kushner, had secret and or illegal contacts with Russians. Therefore, he exploits the Israeli question for domestic consumption and to change the American political agenda. Knowing the power of pro-Israeli and Jewish lobbies in Congress, he wanted to get the support of this lobby in case of possible impeachment proceedings.

Third, while the Trump administration upends the Middle Eastern peace process, the president and his aides think that the U.N. mistreats Israel. For this reason, U.S. ambassador to the U.N. Nikki Haley condemned the U.N. for its treatment of Israel despite strong criticism from U.N. members after Trump’s proclamation. It is not the first time, but certainly one of the most important, that the U.S. has ignored U.N. reactions to U.S. decisions. Proceeding on this tract, from now on, the U.S. should not have any right to call other states to respect U.N. decisions. Inevitably, this means the end of the U.N.’s legitimacy – that is, the legitimacy of American hegemony.

Not only the U.N., but also almost the whole world spoke against Trump’s proclamation, challenging the decision from the first moment. Trump’s unilateral and bullish policies will backfire sooner or later, and they will be at the bottom of diminishing American hegemony. Having political and economic problems with most global and regional powers, the U.S. will face difficulties in maintaining its global position.

Fourth, Trump owes too much to Jews due to their huge contribution to his election campaign. Leading Jewish businessmen, such as Sheldon Adelson and the Koch brothers, were among his largest financial contributors. Trump is in a continuous need for support from leading pro-Israeli businessmen and politicians. The more vulnerable Trump is in domestic politics, the more he is dependent on strong lobbies in foreign policy issues.

Lastly and the most importantly, Trump’s proclamation is the execution of decisions made following the alliance formed with some Arab countries, namely Saudi Arabia, Egypt and the United Arab Emirates. However, the Trump administration miscalculated the civilian reaction. The acceptance of Trump’s decision by Arab leaders will dramatically diminish their domestic legitimacy. This time, it will be quite difficult to convince the Arab public, since it is much more aware than ever before about the foreign policy behaviors of their respective regimes. A new wave of mass demonstrations may soon start against Israel and the U.S. as well as their Arab allies, which are more vulnerable.

It seems that Trump has tried to exploit the regional chaos, state failures and divisive policies of some Muslim countries. He thought this was the right time to make such a declaration, and considering the response, this was a miscalculation, as well. The decision contributed to the reunification of both the Arab streets and Muslim communities. While satisfying only radical Christians and Jews, the Trump administration opposed and ignored world public opinion.

Erdoğan calls for braver unity against injustice at OIC summit
Next
Loading...
Loading...
We use cookies to ensure that we give you the best experience on our website. If you continue to use this site we will assume that you are happy with it.Ok