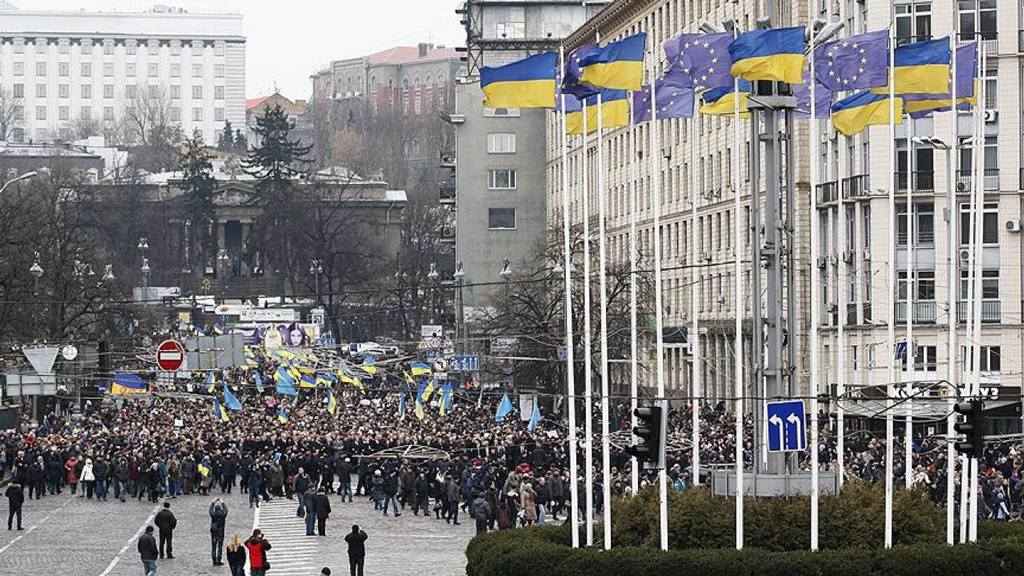 When evaluated in terms of international security and geopolitical dimensions, it stands as a concrete reality that Russia must first be persuaded in order for Ukraine to become a member of the EU.

While the war continues in the heart of Europe, the issue of Ukraine’s possible European Union membership has become complicated. Actually, the debate on Ukraine’s membership in the bloc is not a new issue, it goes back to the early 1990s. After the Cold War had just ended, Ukraine was the first country among the former Soviet states that signed a partnership agreement with the EU in 1994. However, unlike the former Eastern European countries, Ukraine could not start the EU membership process due to domestic politics and Russia’s intense political pressure.

On the other hand, in light of Ukraine’s increasing membership demands after Russia’s annexation of Crimea, the EU started a free trade agreement with Ukraine in 2016 and approved a visa exemption for Ukrainian citizens for up to 90 days in 2017 to keep its relations with the country strong. With the free movement of goods and people, the parties have tried to accelerate Ukraine’s integration into the EU. In addition, the EU has provided financial assistance to Ukraine in order to strengthen its political relations within the scope of its neighborhood policy.

Not geographical but political and technical

In this regard it should be stated that in order for a country to become an EU member, according to the Lisbon Treaty, the EU must first respond positively to the application for membership. Subsequently, a long screening process begins between the EU and the candidate country, which entails comparing laws and regulations and identifying deficiencies. After the completion of this process, strict accession negotiations begin under 35 chapters. Finally, if the negotiations are successfully completed, the last phase begins. At this final stage, if the European Council and the European Parliament as the legislative bodies of the EU approve the membership recommendation given by the European Commission, the candidate country can officially become an EU member. In addition, in some countries the final approval of the accession treaty is subject to referendums.

In short, even in a possible positive scenario in which the process gets underway quickly – as experienced in previous enlargement waves – a minimum of five years is required for Ukraine to complete the EU membership process. In fact, French Minister for European Affairs Clement Beaune stated that Ukraine’s admission to the EU could not be finalized for 15 or 20 years. Therefore, even if the European Council gives the European Commission permission to start Ukraine’s accession negotiations today, it is not possible to complete the process quickly. As a matter of fact, after Russia’s intervention in Ukraine, the EU has been content with just examining the membership application of the Kyiv administration.

It should also be noted that the EU does not have a recent enlargement agenda. After Croatia became a member in 2013, the EU started to give priority to the memberships of candidate countries in the Balkans like Albania, North Macedonia, Montenegro and Serbia. It is expected that one of these countries will become an EU member in the near future. However, the EU has not even put forward a definite membership perspective for these countries. As a matter of fact, in texts such as the Enlargement Package there is no positive indication about the membership of Ukraine or other candidate countries. In addition, due to the economic and political effects of the Brexit process and the COVID-19 pandemic, the EU currently prioritizes deepening rather than enlargement. Therefore, Ukraine’s EU membership is not possible in the near future from Brussels’ perspective.

Strategic choice for the EU

In addition to the technical issues regarding Ukraine’s EU membership process, the most important issue is the political attitude of the EU and the member states. In fact, Russia does not look favorably on Ukraine’s membership in NATO and the EU as it wants to use Ukraine as a kind of buffer zone against the West and Europe. Therefore, the important point here is whether institutionally the EU and its member states will want to confront Russia over Ukraine. It should be clearly stated here that those EU member states, which were once exposed to the Soviet pressure, support Ukraine’s fast-track membership and want it to become a member as soon as possible. Bulgaria, the Czech Republic, Estonia, Lithuania, Poland, Slovakia and Slovenia are among the supporters.

On the other hand, European Council President Charles Michel, European Commission President Ursula von der Leyen and the EU’s foreign policy chief Josep Borrell have made statements saying that Ukraine belongs to the European family but that fast-track membership is not possible. Based on the statements of these three influential figures in the top management of the EU, it is not easy to say that the EU has a positive approach to Ukraine’s membership, at least for the time being.

Although Germany, France and the Netherlands as the three founding countries of the EU support Ukraine’s membership in rhetoric, they have not taken any concrete steps in practice so far. In fact, French President Emmanuel Macron, German Chancellor Olaf Scholz and Dutch Prime Minister Mark Rutte have emphasized that Ukraine should be subjected to technical negotiations like other candidate countries.

When evaluated in terms of international security and geopolitical dimensions, it stands as a concrete reality that Russia must first be persuaded in order for Ukraine to become a member of the EU. Because it is not logical to state that the EU, which is politically and economically influential but militarily weak, will take a strategic risk and accept Ukraine, which is in hot conflict with Russia. As a matter of fact, even NATO as a comprehensive defense organization does not approach Ukraine’s membership positively, it is unlikely that the EU will take a bold step in this regard. All in all, under the current conditions it does not seem rational to expect Ukraine to become a member of the EU in the near future.

The risks of the approaching elections
Previous

The 10 questions debate in Turkish politics
Next
Loading...
Loading...
We use cookies to ensure that we give you the best experience on our website. If you continue to use this site we will assume that you are happy with it.Ok