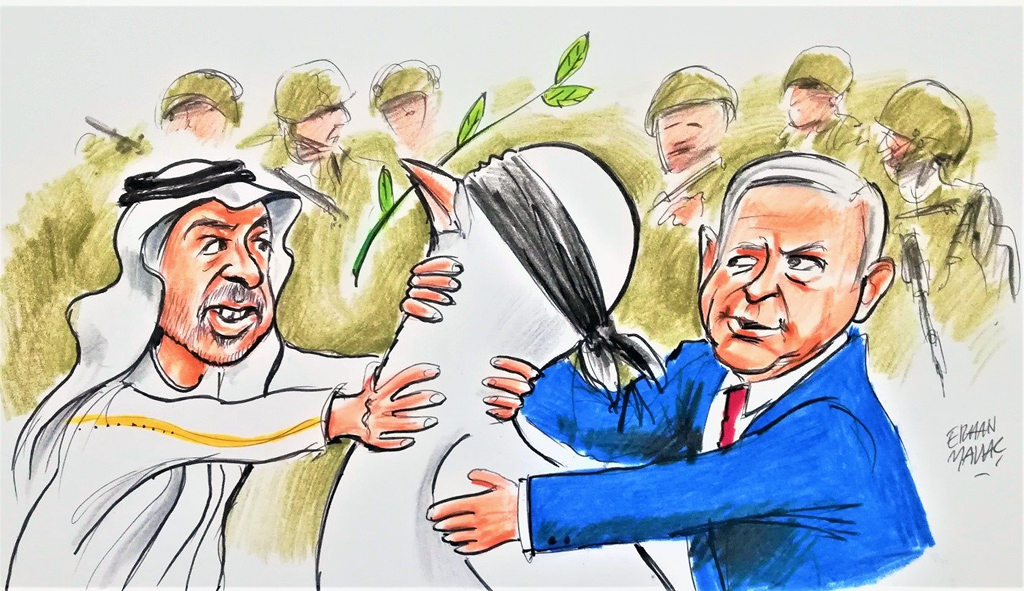 The UAE-Israel deal is simple a formalization of bilateral relations under the auspices of the U.S.

On Aug. 13, U.S. President Donald Trump declared that the United Arab Emirates (UAE) and Israel have agreed to “fully normalize their diplomatic relations.” A joint statement by the U.S., the state of Israel and the UAE was released. Israeli Prime Minister Netanyahu shared Trump’s message and considered the statement a “historic” step. On Thursday, the two countries will sign many bilateral agreements ranging from tourism and culture to security and investments.

As a matter of fact, it is not normalization but the formalization of bilateral relations under the auspices of the U.S., because the UAE had already normalized its relations with Israel informally. The two countries have had close relations, especially since the eruption of the Arab insurgencies. Many Israeli officials and ministers have visited Abu Dhabi and Dubai at different times in the last several years.

According to the joint statement, “all three countries face many common challenges” and “share a similar outlook regarding the threats and opportunities in the region.” The statement does not refer to the city of Jerusalem, or al-Quds in Arabic. That means the UAE recognizes the annexation of the city.

Turkey and Iran are the only two relevant countries who have declared their opposition to the deal. It is generally accepted that the accord is against the regional claims of these two countries. Turkish officials strongly condemned the agreement, claiming that it undermines the position of the Palestinians. According to Turkish authorities, the UAE paves the way for the legitimization of the Israeli new expansionism in occupied Palestinian lands and its claim over the united Jerusalem.

As expected, almost all Western countries including the U.K., Germany, France and Spain welcomed the agreement, since Western countries have always prioritized the existence of the Israeli state as the main aim of their policies in the Middle East. Even United Nations Secretary-General Antonio Guterres praised the deal, claiming it will contribute to regional peace.

Second, the UAE deal with Israel means that the decadeslong Israeli occupation of the Palestinian lands will continue, and Israel will control the united Jerusalem. The agreement will make a two-state solution to the Israeli-Palestinian problem less likely, if not impossible. The UAE has agreed with Israel to manage the expansionist Israeli policy and not to cause frustration among the Arab peoples. The UAE asked the Israeli government to suspend declaring sovereignty over the West Bank; however, as explained by Netanyahu, this suspension is temporary. That is, after securing the establishment of diplomatic relations with some Arab states, Israel will reinitiate its expansionist and colonialist policy.

Third, the agreement will solidify the position of both Israeli Prime Minister Benjamin Netanyahu and Trump in their respective domestic politics. A foreign policy victory may contribute to the reelection of Trump in the coming American presidential elections, and it may provide political relief and an atmosphere for Netanyahu to establish a stable government and remain in power.

Fourth, most Arab states including Egypt, Jordan, Oman and Bahrain praised the accord, while others remained silent. As a Turkish proverb says, “silence means acknowledgment.” None of the Arab countries so far expressed frustration with the agreement. On the contrary, some Gulf countries such as Bahrain and Oman may follow suit and sign agreements with Israel. Although Arab regimes try to normalize their relations with Israel, the Arab streets will not normalize their perspective of Israel until Israel agrees to withdraw from the occupied territories and stop oppressing the Palestinian people. In other words, unless Israel agrees to normalize its policies, the Arab people will not change their perception of Israel.

Fifth, it is clear that the agreement is directed against Iran. Iranian state officials strongly condemned the agreement and pointed out that it is against the Iranian regional interests. Iran considers the deal a step toward Israeli intervention into the Gulf affairs. As mentioned by Netanyahu, there are intelligence and security dimensions of the agreement, which bring the two states together against the Iranian threat. However, the UAE feels vulnerable against Iran. Unlike the Israeli side, Abu Dhabi does not want to have a problem with Tehran, which can directly threaten the UAE. Therefore, Emirati Minister of Foreign Affairs Anwar Gargash stated that the agreement with Israel is a “sovereign decision” and was not directed at Iran.